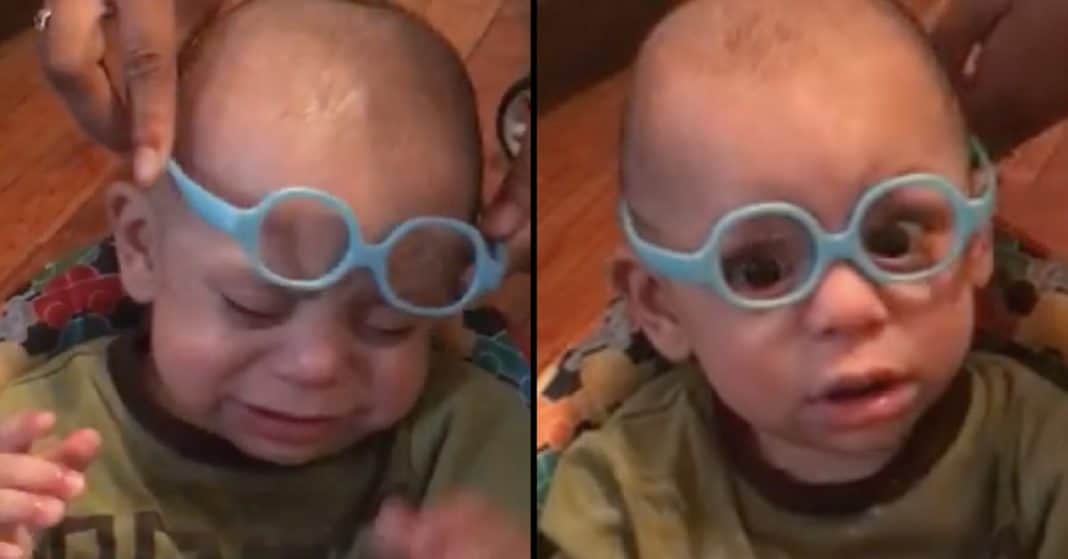 It’s easy to take something for granted if you’ve never gone without. Take, for example, the ability to see. Most of us don’t even think about it because it’s so much a part of our daily lives and who we are.

But imagine if you couldn’t see and then suddenly got the ability. It would be shocking and feel somewhat miraculous to look around the world and see it clearly for the first time.

That’s what happened when baby Christian got his first pair of glasses. Christian has never been able to see very well and when his parents and doctors realized that they got him a special pair of glasses to wear.

Christian was a little unsure of the contraption his mom was trying to put on his head. He whimpered a little bit as she put them into place.

But as soon as he looked up and looked through the glasses for the first time, his demeanor changed. At first, he had a look almost of shock, but then as he looked around – and realized who he was looking at – he broke into a big smile and started to giggle.

For those of us who have no trouble seeing, we don’t think about what life would be like if we couldn’t. But for Christian, these new glasses mean a new ability that is life-changing!

What a special moment to be able to witness! We wish Christian and his parents all the best.

Did you love watching Christian’s reaction to the new glasses as much as we did? So share this!