Autistic Teen Brings Sister To Prom, But School Administrators Turn Them Away 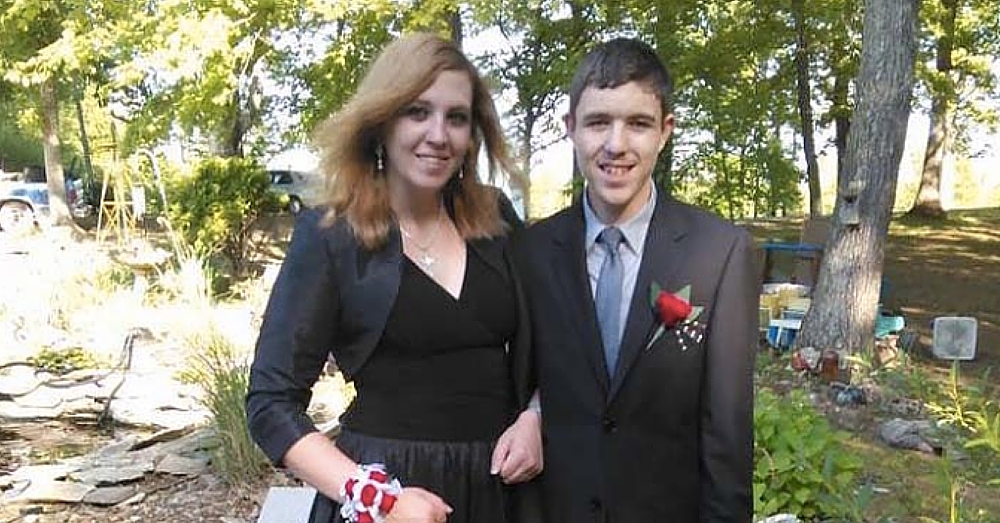 When 19-year-old autistic teen Jayce Whisenhunt was getting ready to go to his high school prom, her decided to invite the person he would feel most comfortable with – his sister.

“I was really excited and I was getting all ready. I couldn’t wait to go,” Jayce said. “I asked her because I don’t have anybody else for a friend, nobody else to hang out with. I don’t got nobody else I know from school.”

His sister, Jessica Helling, said that when he asked her, “Tears of joy filled my eyes because I was so honored for him to ask me.”

However, when the pair showed up to the prom, school administrators turned them away. They said 24-year-old Jessica was too old – only those age 20 or younger could attend.

When his sister was refused entry, Jayce decided he would leave too because he didn’t want to be there alone.

“It was heartbreaking,” Jessica said. “It took everything for me not to bawl… because he had looked so forward to it.”

The school says it is their policy not to let anyone over the age of 20 attend their prom for the safety of their students, and if a student wants to bring a guest who does not attend the school they must submit their guest’s name. They insist that if the family had contacted the school beforehand they could have made special arrangements, but the family says they were unaware of the age limit rule and, seeing as Jessica is a graduate of the school, they didn’t think it would be a problem.

“He had nobody to invite to the prom because he has no friends,” Jayce’s father said. “They should make a rule for special needs kids. Every kid deserves to go to their prom.”

Unfortunately, the school was unwilling to bend the rules, and Jayce had to miss out on the special night he was so looking forward to.

Do you think the school should have shown more leniency toward a special needs student? So share this!