Autistic Son Will Only Use 1 Cup, Then Company Tells Dad The News… 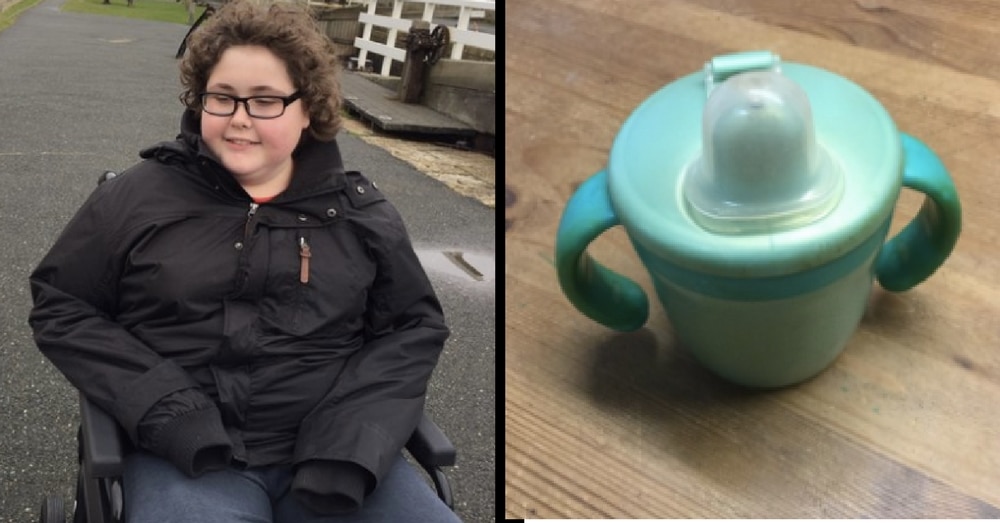 Marc was at his wit’s end. His 14-year-old son, Ben, has autism and has a very particular need – he refuses to drink out of anything other than his blue Tommee Tippee sippy cup.

Ever since he was two years old Ben has only drunk from that cup. He refuses to drink outside of the house or from any other cup, resulting in two trips to the emergency room for dehydration because he refused to drink at school.

The problem was that the cup has been discontinued and, though they have managed to replace some of the parts of the falling-apart cup, his parents didn’t know what they would do when the cup finally fell apart. They worried Ben would refuse to drink anything again.

Out of desperation his parents turned to the internet to see if anyone had an old cup they would be willing to part with.

The response they got was overwhelming. Within hours they had received dozens of messages from people who said they had cups they could send.

The family was so grateful for the response, but then they got a message that left them completely floored.

Then, about a week later, Ben’s parents got some amazing news. In a video posted to YouTube, Marc said that Tommee Tippee had contacted him and told him they had found the original mold for the sippy cup in a factory in China. They were going to manufacture 500 cups for Ben – more than he could ever need!

The cup production was also down to the overwhelming love and support shown across social channels, so BIG THANKS to you all too. #CupForBen pic.twitter.com/CRd26AGOji

The story is a beautiful example of how social media can be used for good and can unite people all over the world to show some kindness and love.

Were you as touched by what this company did for Ben as we were? So share this!