Autistic Son Starts Having Meltdown & Everyone Was Staring, Then Mom Sees Stranger Coming Towards Her 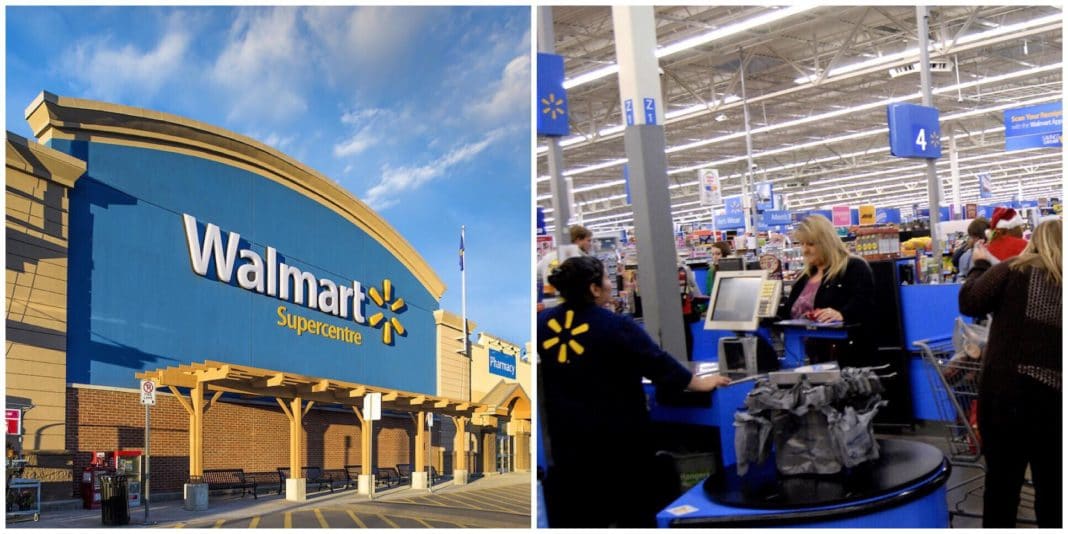 Kids have temper tantrums. You can bribe, beg and plead and yell at them to behave, but these outbursts happen. They are embarrassing in public, but anyone with kids of their own is silently commiserating with you while thanking their lucky stars it’s not their kid.

The few who might openly stare might bother you a little, but you can ignore them. What if you’re a mother with an autistic child who has a meltdown?

Grace Grinnell’s fourth child, a little boy, was diagnosed with sensory processing disorder and autism spectrum disorder. For a child with autism, the world can be overwhelming. As a way of responding, these children will lash out.

When her son was 4, two years after his diagnosis, he and grace headed to Walmart after a dental appointment. Grace thought her son would be fine since he behaved quite well at the dentist.

Her nightmare came true yet again. While in the checkout line, her son couldn’t handle it. He threw a fit.

Others around them stared, disapproval etched across their faces: “Normally if this happened, I would have made a quick exit from the store and gone back another time. But I couldn’t do that today,” Grace wrote on The Mighty.

“My husband was picking up my daughter from camp six hours away. She had broken her foot badly, was in a non-weight bearing cast with crutches, and the cast was not waterproof. The one thing my daughter really wanted to do the minute she got home was shower, and it was my job to get the supplies. I needed to get her a chair that could fit in our shower and plastic and tape to cover  the cast.”

The two made it through checkout. As they headed to their vehicle, her son screamed and flailed around. At one point, his shoe came off. Grace was determined to get him buckled into his car seat. She let it sit in the middle of the road. She tried calming him down, but the little boy wouldn’t stop yelling.

He fought his mother as she struggled to settle him in his seat. What made matters worse, Grace was standing outside the open door of her minivan. Everyone in the parking lot was getting a front row seat to her son’s outburst.

“That’s when I saw this woman coming towards me from across the parking lot.

“I was sure she was going to tell me she had called the police or at least tell me what a horrible  mom I was.”

Grace was completely wrong about the approaching stranger. Melissa was her name, and she had children of her own. She made her husband wait as she went to help Grace with her son.

Melissa’s kindness extended further than wrangling the little boy into his car seat; she helped Grace stow her groceries in her trunk, and she retrieved the little shoe. She also gave grace her cell number just in case grace ever wanted their kids to hang out some day.

Wouldn’t you know it, grace took Melissa up on her offer when the two moms and their kids met for a playdate a few weeks later. They met at a local playground.

Grace recalls that fun day: “[I] laughed as I told her I’d still be in the Walmart parking lot if she hadn’t come over to help me,” she said.

“Her kindness that summer day has stayed with me.”

Miraculously it’s been six years since the two women met. Grace will never forget Melissa’s kindness and the lessons she’s taught her about life: “I learned that for all the hurtful looks and comments I would get over the years, there were also people out there who understood the challenges we faced.

“For the times I saw other parents with a child melting down, and I just looked the other way, I could do better. I too could ask if they needed help.

“Empathy and compassion can go a long way for everyone because you just never know what someone is going through till you have walked in their shoes—especially the shoes that end up in the middle of  the road.”

It takes little effort to offer a helping hand, a smile or a kind word of assurance. You can improve someone day significantly.