Autistic Man Has Breakdown In Middle Of Airport. This Airline Worker Steps In, Becomes His Hero 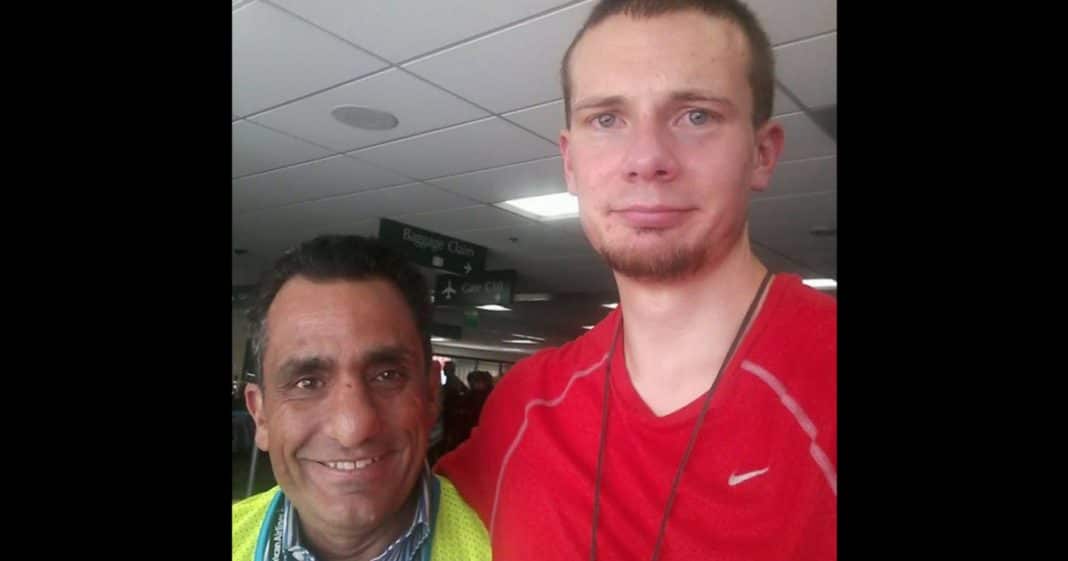 Russell Lehmann is an award-winning motivational speaker and author who travels around the world sharing his message of hope, inspiration, understanding, and acceptance. He also has autism, OCD, depression, and anxiety, and uses his platform to educate and inspire others.

On a recent trip, though, Russell was the one receiving the inspirational message. He was so touched by what happened that he knew he had to share his story.

Russell was at the Reno-Tahoe International Airport when he found out that his delayed flight had caused him to miss his connection for the second time in two days. The stress of it all became too much for him to handle.

“I succumbed to the worst meltdown of my life,” he said. “I was crying my eyes out, rocking back and forth as my muscles convulsed at a rapid pace. Sweating profusely, I was hyperventilating while my body shook in terror.”

That was when he met David. The kind American Airlines employee approached David and asked what was wrong.

“I was barely able to get any words out,” Russell recalled. “I believe I mumbled the words ‘I don’t know. I can’t think, I have autism.'”

Full of compassion, David offered to reroute David’s flight and then gave Russell some time to think about it as the idea of getting on a plane – a “tightly enclosed space filled with vast amounts of stimuli” that might exacerbate his symptoms – filled him with terror.

David left Russell, then returned about 10 minutes later with the pilot of the plane he had offered to put Russell on.

“David had notified the pilot, along with the entire crew, of my situation, and he took it upon himself to clear out a whole row of seats so that I would be able to have space to myself during the flight,” Russell wrote. “The pilot was also incredibly kind, reminding me that what I was experiencing only added validity to the message I spread. To the lives I touch.”

Russell decided to go ahead and board the flight. They let him get on the plane before anyone else and David walked on with him, introducing Russell to the entire crew one by one.

“I was still shaking and crying, but this time I was crying tears of thankfulness,” Russell said. “If it hadn’t been for David, I would not have gotten on that plane.”

Russell decided to share his story not just to raise awareness about autism, but to encourage others to show the same kind of love, care, and compassion that David showed him that day.

“This post isn’t about autism,” he wrote. “It’s about doing the right thing. About being a good person. About accepting others and reaching out your hand to someone in need, even if they are a total stranger.

“Each and every single one of us is a member of society, and it is our OBLIGATION as such a member to support one another, especially during an individual’s time of need.

“Show what you’re made of. Give a damn. Stand above all the fighting and arguing. Be brave and open your heart. Fulfill your moral duties as a human being.

Were you touched by the compassion David showed Russell during such a difficult time? So share this!