Autistic Boy Smells Smoke Coming From Bus. What He Does Next? This Boy Is A True Hero! 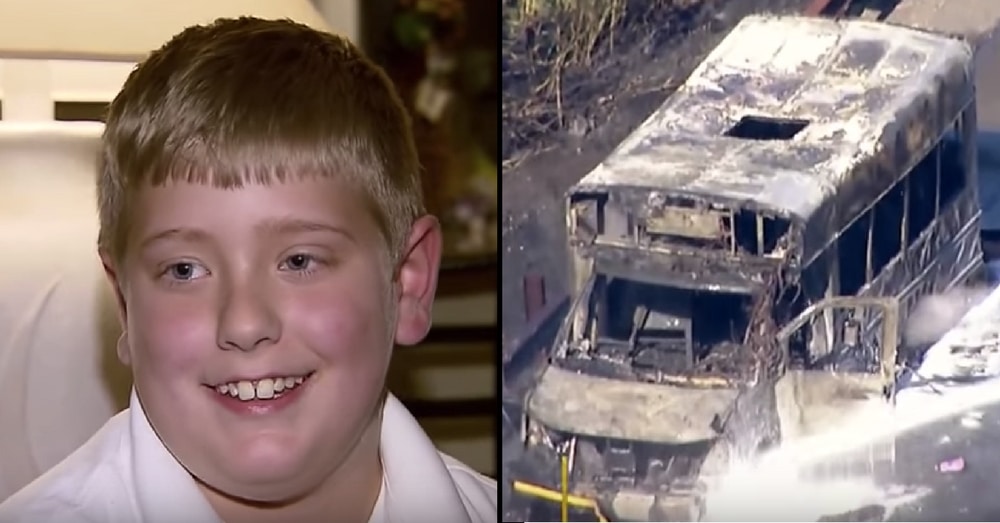 Alex was on his way home on the school bus when he smelled something strange. He started looking around and noticed that there was smoke coming from the front of the bus.

He immediately yelled to the bus driver to get his attention and as soon as the driver noticed the smoke he pulled the bus over to the side of the road.

Thankfully first responders quickly arrived and helped the students get off the bus before the entire vehicle went up in flames.

“I wasn’t worried at first, but when I started to see it catch on fire, I’m so glad I wasn’t on it,” Alex said later.

Thanks to Alex’s sharp senses and quick thinking eight lives were spared that day.

Alex’s mom, Michelle Perez, noted that Alex has autism and said that’s what she attributes to him noticing the smoke so quickly.

“He’s high sensory,” she said, “so he smelt…he can pick off smells and sounds really quick.”

Members of Alex’s community have called him a hero for what he did that day, but the humble boy insists he only had a role to play.

No matter what he says, though, we know young Alex is a true hero, and so do those whose lives he saved that day.

Do you agree that Alex is a true hero? So share this!