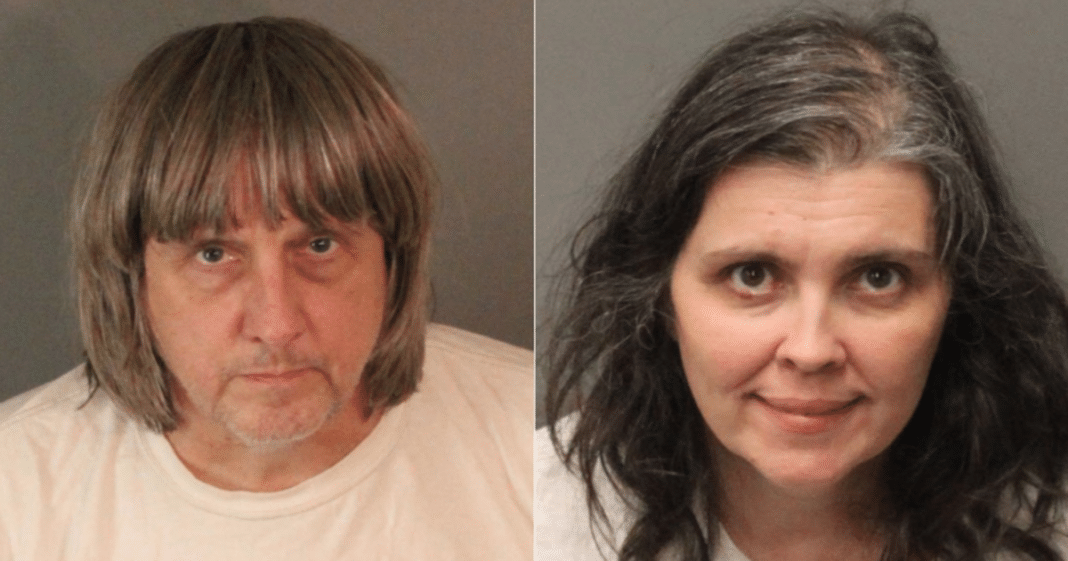 I am sure we have all heard the devastating news that came through our TV screens, cellphones, and other forms of communication earlier this week. The story of the parents who kept their 13 children chained and malnourished is one that literally sends aches to my heart.

Louise and David Turpin have children whose ages range from 2-years-old to 29-years-old, and each one has fallen victim to isolation, neglect, and mistreatment at the hands of the two people who should have protected them the most.

Their aunt, Elizabeth Forbes, is speaking out about the misfortune that hits her closer than it does any of us.

According to an article posted by CNN, Elizabeth has made countless efforts over the course of decades to see and have a relationship with her nieces and nephews, even being willing to settle for Skype sessions. Despite her pleas, her sister and brother-in-law lived a secret life that would not allow them to budge.

“When that happens for 20 years, and it was before the kids even were there, you don’t think it’s abnormal,” Flores told ABC’s “Good Morning America” on Wednesday, as mentioned by CNN. “If it had been like two years ago that she cut us off, then we might think, ‘Wow, something’s not right.’ But this has been going on before they even had children…they were real private, and they didn’t come around much.”

The Turpins’ 17-year-old daughter, who looked 10-years-old, was able to escape through a window and contact the police using a deactivated cellphone that she found in her house. When authorities got to the home, they found the children shackled with padlocks, and the stench of the their living space was revolting. 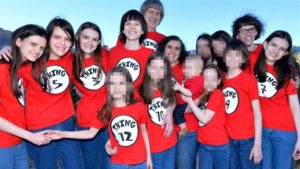 Since their discovery, both David and Louise have been arrested with a $9 million bail.

Elizabeth had visited Texas, back when she was in college, for a few months while on break, and David and Louise had a couple of children at the time.

“I thought they were really strict, but I didn’t see any abuse,” Flores told GMA.

But she recalled having an uncomfortable moment in her brother-in-law’s home during her stay.

“If I went to get in the shower, he would come in while I was in there and watch me. It was like a joke,” Flores expressed. “He never touched me or anything.”

Sadly, she never shared this with anyone.

“I was young. I was scared. I was in Texas, where I knew nobody,” Flores explained. “I was treated like one of the kids, kind of, so I had rules. Well now that I’m an adult, and I look back, I see things that I didn’t see then.”

The Turpin family started growing, and family members started getting pushed out of the picture. Louise’s father was even turned away by them after purchasing a ticket to come visit.

Another one of Louise’s sisters, Teresa Robinette, did stay in contact with her. “But she was concerned about the children’s weights, Robinette told NBC’s ‘Today’ show.”

“I always made comments to Louise when I did talk to her, about, ‘Gosh, they’re so skinny.’ And she would laugh it off: ‘Well David’s so tall and lanky. They’re going to be like him,'” Teresa said.

After learning the truth of her nieces and nephews’ conditions, she was heartbroken.

“We are as hurt and shocked and angry and disappointed as everybody else,” she said.

Despite the poor actions of her sister, Elizabeth does have one message for her: “I want her to know that she’s still my blood, and I love her. I don’t agree with what she did, and her actions have made the whole family suffer, but I want her to know I’m praying for her salvation.”

And in regards to her nieces and nephews, she says, “I want them to know they do have family that love them, whether they know us or not.”

Brenda Taylor is Louise’s aunt, and she, too, has come out about the tragedy.

“With the pictures they put on Facebook, you thought they were one big happy family,” she said.

The last time Brenda had seen the couple in Louise’s hometown in Virginia was back in the mid-1990s with their two children. Louise never returned home to say her goodbyes at her parents’ funerals and she didn’t stay in communication with her at home.

“We always thought she was the most stable of them,” her aunt said. “Now it sounds like she was the worst of them.”

It is very disheartening to hear that this happened to 13 innocent and undeserving children. I am so grateful that even after all of these years, one daughter was able to bring to light the horrors of her home. All we can do moving forward is pray that health, stability, and sense of self are restored to them immensely.