Audience Confused When Cop Takes Stage, But What She Does Next Leaves Them All In Tears 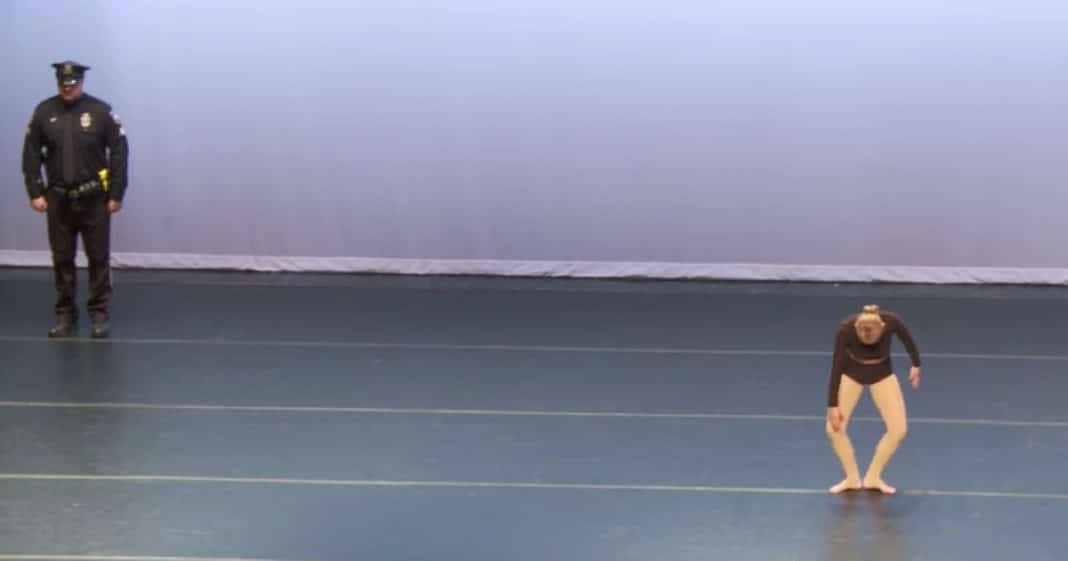 Take a dance and add to it the unmistakable voice of Paul Harvey talking about the noble – and often overlooked – profession of the heroic policeman and you’ve got something special. Then add in a surprise emotional ending, and you’ve got everyone in tears.

That’s exactly what happened when Tylar Olsen took the stage for this captivating performance.

Tylar, a competitive dancer from Utah, knows firsthand the difficult life of a police officer. Her uncle, Sergeant Kevin Norris, serves on the force, so she knows the cost of keeping our communities safe.

Tylar chose to use her talents to create a dance that would pay tribute to her uncle and all police officers. She decided to do it without music, instead using Paul Harvey’s spoken word poem “Policeman” as the track to her dance.

Her athletic performance is stunning and emotionally charged as she gently glides across the stage from one movement to the next.

As she danced, the audience couldn’t help but wonder why a tall figure in uniform stood to the side of the stage. Soon, though, all became clear as Tylar brought the dance to an emotional conclusion.

The man in uniform was Tylar’s uncle, Sergeant Norris. As the dance came to an end, she ran to her uncle, jumped into his arms, and wrapped her arms around him in an emotional embrace.

There wasn’t a dry eye in the room as Tylar’s dance came to a close. Even Norris admitted he had a hard time keeping his emotions in check.

“The first couple times she did that I was emotional,” he said. “She had tears in her eyes, and I might have been a little misty.”

One thing is for certain – this is one performance we will never forget!

Did this emotional dance touch your heart as much as it did ours? So share this!