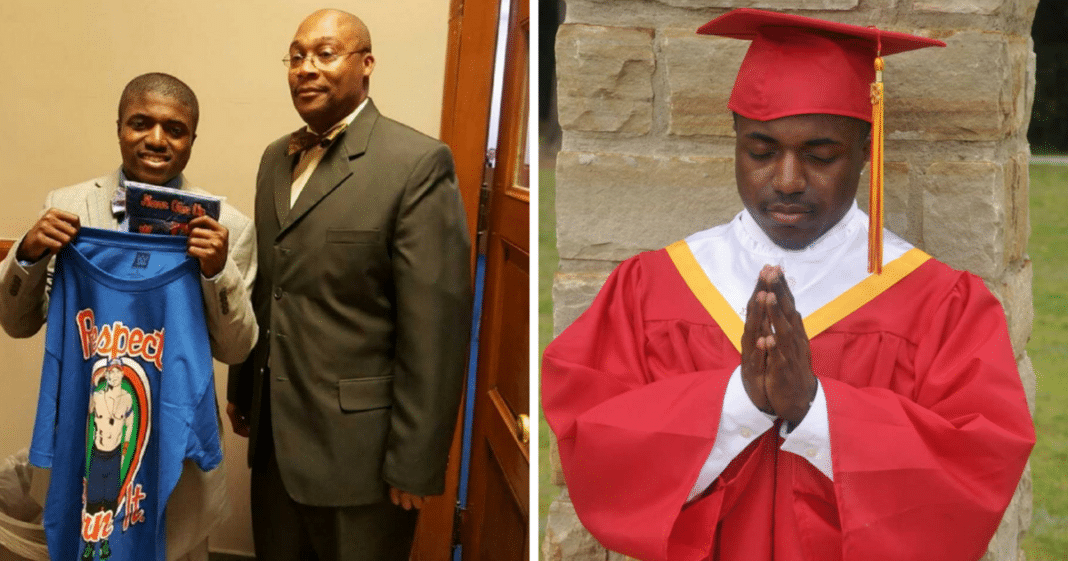 Every now and then we hear about someone choosing to go the extra mile for another human being, for no reason other than the greater good; and this story does not disappoint.

Assistant principal Kenneth Lanier of Macon, Georgia has always been passionate about driving positive change in his community. However, he hadn’t always made it a personal mission to help a student achieve success until the day he met Gabriel Miles.

It was his first day as assistant principal at Northeast High School. “A young man approached me and saluted,” Lanier said. “He asked me, ‘Sir… were you ever in the military before?’ I responded, ‘No’ and continued to move around the cafeteria, monitoring other students. When revisiting the area where Miles was seated, he asked again, ‘Were you in the military?’  My answer again was ‘No.’ A teacher came over and said, ‘Gabriel, leave Mr. Lanier alone.’ I thought to myself, ‘He’s not bothering me; he’s trying to be funny. I’m sure I’ll see him in my office soon.” 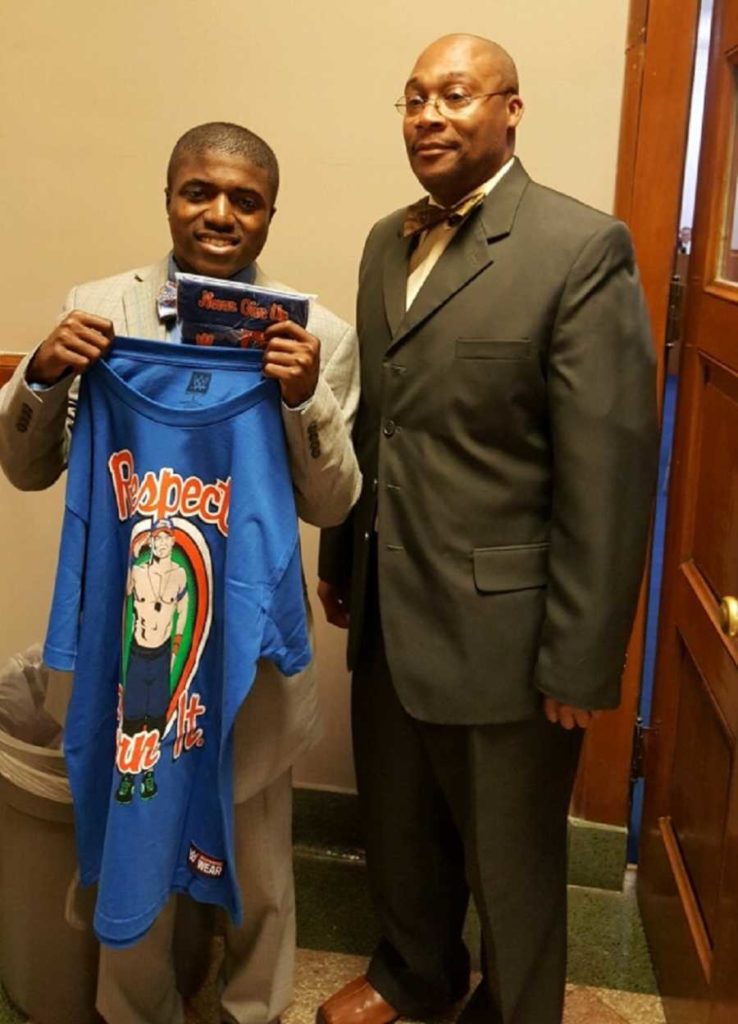 Months passed and Lanier saw less and less of the funny student but he still thought about him every now and then. Then summer came around and the assistant principal was put in charge of the Summer Opportunity School. To his surprise, Gabriel had enrolled and although Lanier was looking forward to seeing him on the first day of class, the young man never showed up.

The following day he got a phone call from Gabriel’s mother, she wanted to explain her son’s absence. Apparently, the family had moved in the fall and now lived on the east side of Macon. The bus and public transportation were no longer an option for Gabriel to get himself to school and the family was unable to drive him.

The boy’s mother also mentioned that he could be a little unmotivated and that it was a constant obstacle for him. 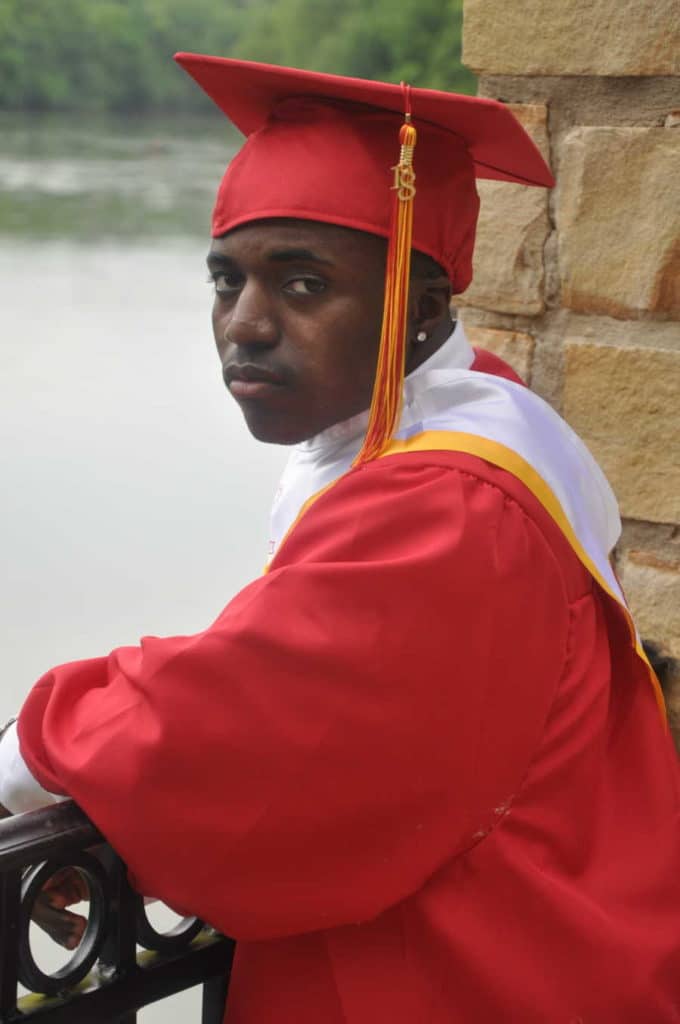 That’s when Lanier decided to take action and do more than what his job required. He told Gabriel’s mom that he would be there the following morning to take him to school and take him home.

“As educators, we oftentimes say we really want to help children, but many times that stops at the school house doors.” he recalled. “However, in this moment, I felt it to be my calling to help Gabriel. Little did I know, this would be the start of a bond between ‘Miles and Me.’”

Soon enough both Lanier and Gabriel began to develop a strong bond on their daily rides to and from school. The two talked about anything and everything, including some of the student’s difficulties.

Lanier discovered that Gabriel’s family was struggling financially among other things. The young man also disclosed he had made some bad choices and served some time in a youth detention center. More importantly, he expressed how important it was for him to graduate high school since no one in his family had yet accomplished this significant milestone. 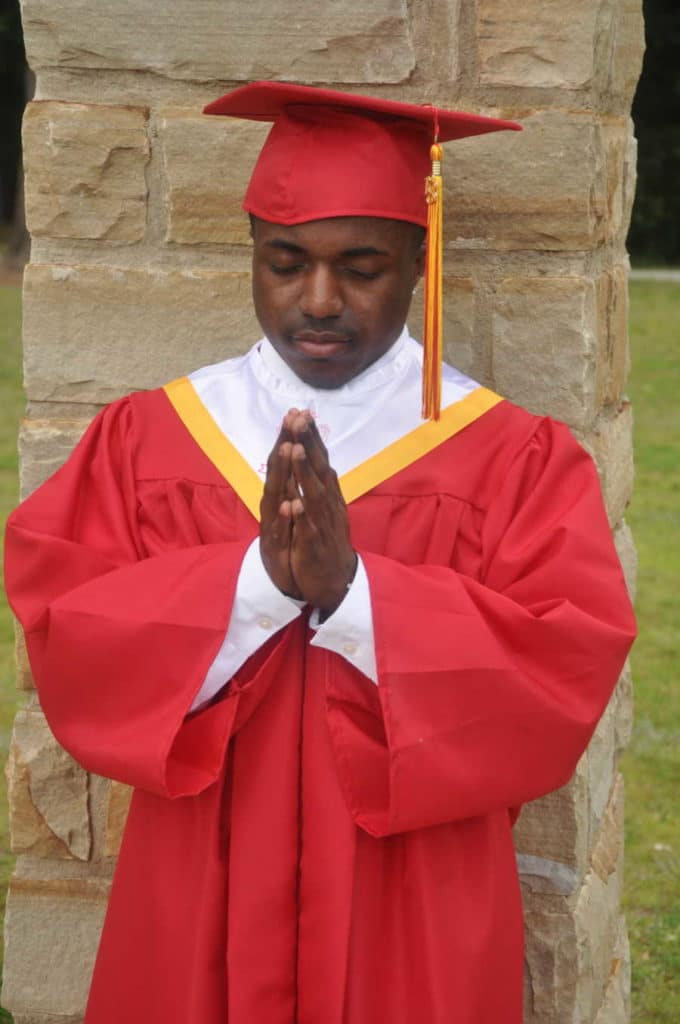 From that day on, Lanier knew it was going to take every ounce of determination on his part to help Gabriel achieve his goal.

“It meant I had to extend myself further than anticipated, but I made a commitment to him.” he said. “If he did all he could, then I would do all I could to help him. I wanted him to own his progress but knew I had to show him what that meant. I also knew that he maybe wasn’t quite as fortunate as others, and that meant my commitment would stretch into my pocket.”

Finally, the day arrived when the silly young man whom Lanier hadn’t expected much from at the time of their meeting was due to graduate. As expected, the pair drove to the ceremony together and even marched together to collect the hard-working student’s diploma.

Lanier cannot wait to see what’s in store for the second chapter of Gabriel’s life. “I’m excited about how Miles has overcome adversities, and worked extremely hard, even on Saturdays, to reach this milestone in his life.” he said. “To top it off, two days ago, I received a call from the Executive Director for Student Affairs of the local technical college inviting Miles, his parents and I for a visit. I am extremely proud of him.”

It’s incredible what we are truly capable of achieving when we cross paths with the right people. Thankfully, Lanier was in the right place at the right time the day he met Gabriel Miles.