She Asks For Puppet To Help With Shyness. What She Does On ‘Talent’ Leaves Judges In Awe 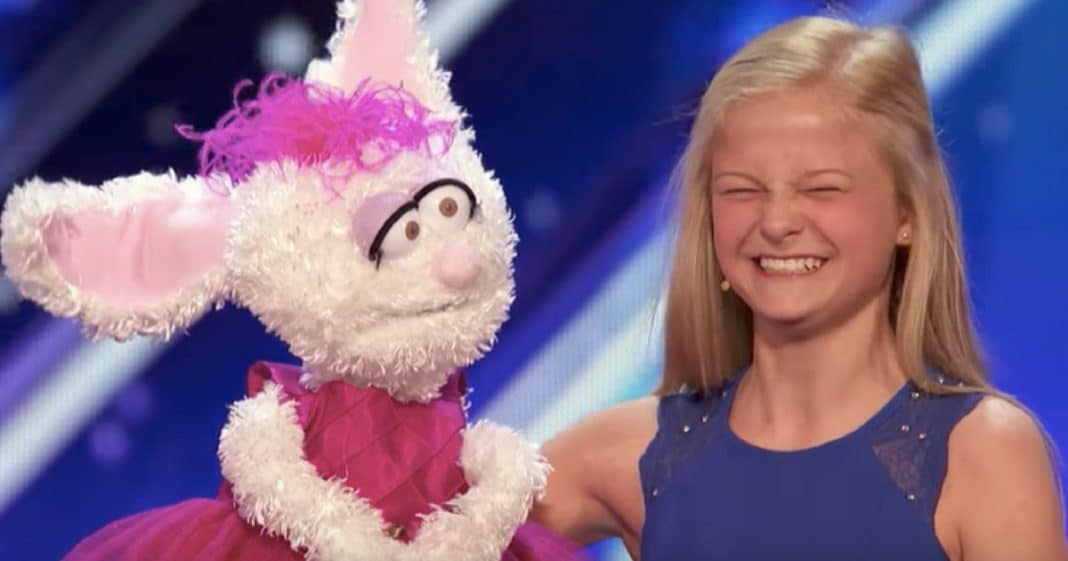 One of the things we love about television show “America’s Got Talent” is that it gives people who would otherwise be unknown an opportunity to shine and showcase their amazing gifts.

Sometimes the talents aren’t incredibly noteworthy – there have been lots of great singers on the show, but only a few really stand out – but other times there are acts that are truly special and leave everyone in awe.

Such was the case when 12-year-old Darci Lynne Farmer walked on the stage. The adorable girl nervously giggled as she told the judges her story.

She said she had always been terribly shy and even had a hard time making eye contact with people.

Then one day, a ventriloquist act came to her church and she was hooked. She asked her mom for a puppet for her birthday, thinking that learning ventriloquism could help her overcome her shyness.

The judges and audience weren’t sure what to expect, but as soon as Darci’s rabbit, Petunia, began to sing, their jaws dropped to the floor.

This is truly one of the most memorable and incredible performances I have ever seen, and the judges agreed. One of them even had a special surprise for Darci at the end…

I cannot think of anyone more deserving of the Golden Buzzer, and millions of people all over the world agree! The video of her performance has been viewed over 43 million times on Facebook in less than 24 hours!

“She was truly amazing!!” wrote commenter Courtney Krause. “I mean ventriloquism is already impressive when you can pull it off but the fact that she was SINGING and had such a beautiful voice!! I honestly was tearing up when Mel gave her the golden buzzer!!!”

Darci is truly an incredible young woman and we cannot wait to see what she has in store for the rest of this season.

One thing is for sure – whether or not she wins the competition, this young lady is going to go far!

Did you love Darci – and Petunia’s – performance as much as we did? So share this!