Army Sergeant Killed In Battle, Then Family Looks At Newborn Baby And Sees It 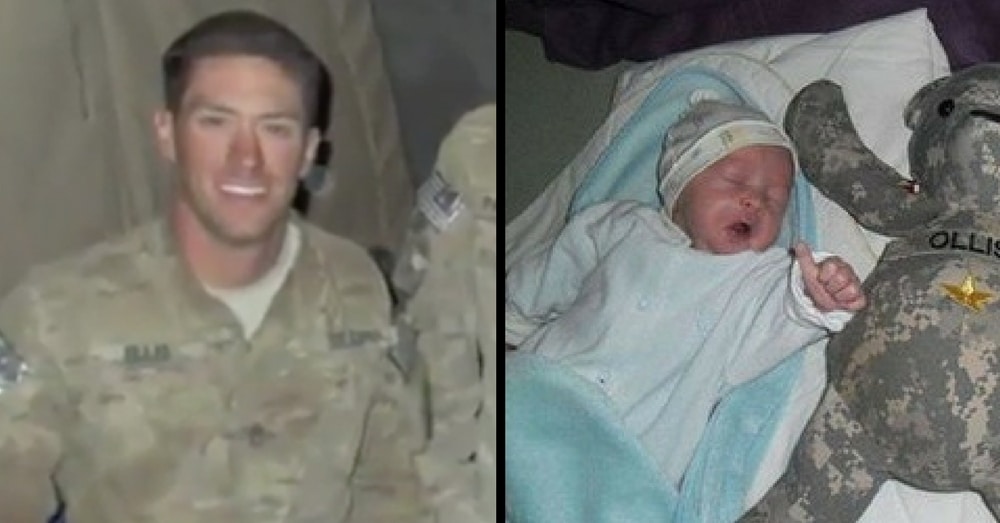 Every soldier pays a price, but some pay the ultimate price, giving their lives for their country and their comrades.

Such was the case for U.S. Army Staff Sgt. Michael Ollis.

The 24-year-old was fighting in Afghanistan in 2013 when he and some other soldiers were attacked by a suicide bomber. Ollis used his body to shield the others, saving their lives by heroically sacrificing his own.

There is not a day that goes by that the men he saved don’t think of his bravery and sacrifice.

One of those men is Polish soldier Lt. Karol Cierpica. He knows he owes his life to Ollis.

When Cierpica’s son was born, he looked down at the baby and realized the little boy was only given his life because Ollis had sacrificed his own. Cierpica decided he would honor his fallen comrade by giving his son the name of his hero.

Today little Michael Cierpica snuggles up to a teddy bear made from the uniform of Sgt. Ollis. Even though Ollis himself can’t be there, we are sure he is watching over his little namesake from above.

While Ollis’ parents grieve his loss, they look at the tiny baby as their own grandson. They have also started a foundation that aims to assist other grieving families of fallen soldiers.

Though he is gone, Ollis’ legacy will live on. His bravery and sacrifice should inspire us all.

Are you thankful for our soldiers who are willing to sacrifice everything for our safety and freedom? So share this!