Amputee Steps Up For Insane Ninja Challenge. Then He Does Something That Drives Crowd Wild 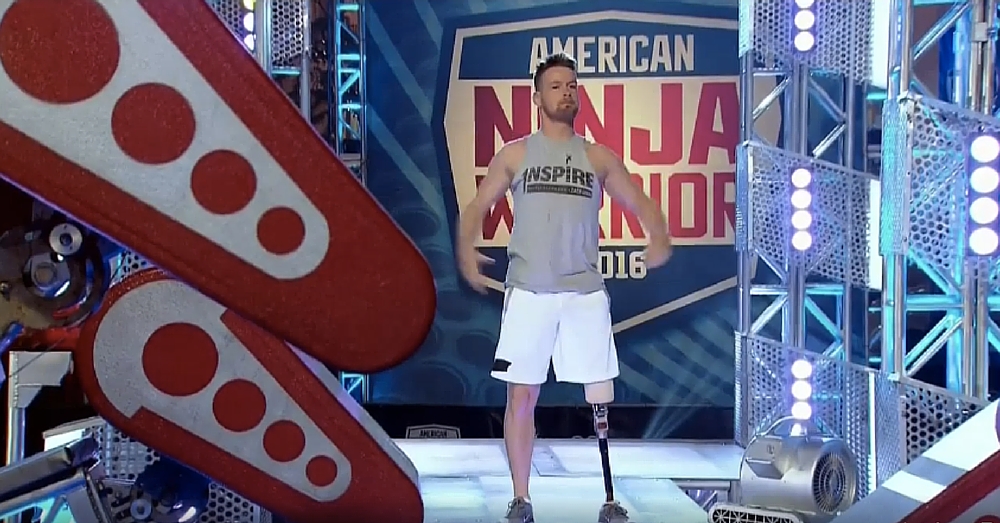 American Ninja Warrior, the popular television series that features competitors attempting to complete a series of difficult obstacles, has introduced the world to a lot of inspiring athletes, but perhaps none as inspiring as Zach Gowen.

Zach lost his leg to cancer when he was only 8 years old, but he didn’t let that stop him from achieving everything he wanted to. The 33-year-old amputee has made his career as a professional wrestler, competing for World Wrestling Entertainment and Total Nonstop Action Wrestling.

When he stepped up to compete for the title of “American Ninja Warrior” recently, the crowd went wild. But when he took off his prosthetic leg before starting the course, the crowd could not contain their excitement, awe, and admiration.

Zach went through the first few challenges with an amazing display of strength and agility. The announcers themselves were screaming with excitement, completely in awe that he was able to complete the challenges that many people with all of their limbs had been unable to conquer.

Click on the video below to see Zach’s inspiring performance for yourself:

While Zach didn’t make it through the whole course, his effort left a huge impression on all of the viewers. His story shows that our circumstances can only hold us back if we let them.

Writing about his performance, American Ninja Warrior Nation editor-in-chief Nikki Lee said, “It’s beautiful. It’s moving. And it’s everything we stand for as part of the Ninja community. Over coming adversity. Defining our own limits, and never underestimating what we’re capable of.”

Were you inspired by Zach’s incredible display of strength and agility despite his limb loss? So share this!