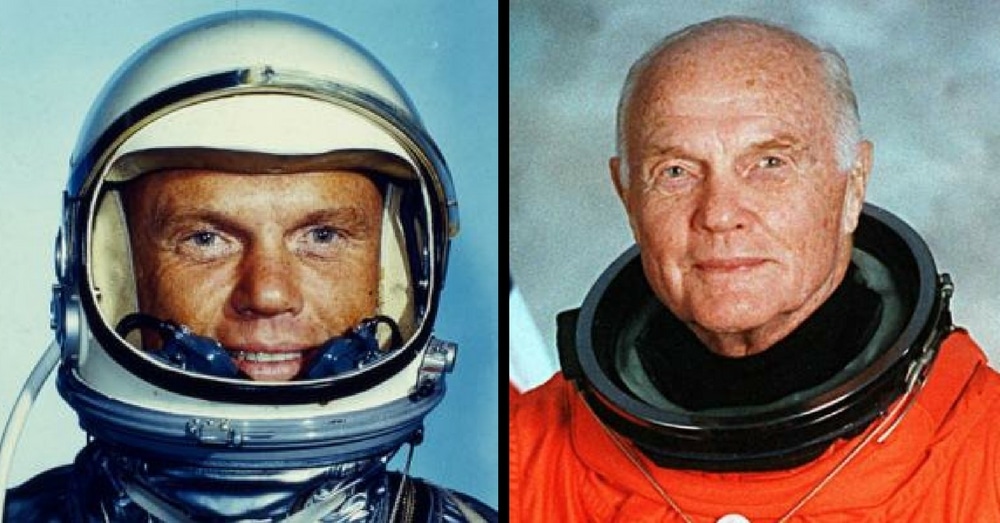 John Glenn, a war hero who became the first American to orbit the Earth and later served four terms in the U.S. Senate, has died in his home state of Ohio. He was 95.

Glenn’s death was announced Thursday by officials at Ohio State University, where he was being treated at James Cancer Hospital. Glenn had experienced a number of health problems in recent years, including a stroke he suffered two years ago after having had heart valve replacement surgery.

“We are saddened by the loss of Sen. John Glenn, the first American to orbit Earth. A true American hero,” NASA said. “Godspeed, John Glenn. Ad astra [to the stars].”

The author Tom Wolfe wrote that Glenn, once a small-town American, became “the last true national hero America has ever made.”

But that’s not the only title Glenn earned during his career. As a Marine fighter pilot, while flying 149 combat missions during World War II and the Korean War, he was given the nickname “Old Magnet Ass” for his ability to draw enemy fire and keep his plane flying with huge holes blown into its exterior. He was awarded the Distinguished Flying Cross six times.

The Corps lost a legend today.

Col. John Glenn— an astronaut, a senator, a Marine— died at the age of 95.

Most Americans remember Glenn for having taken to space in 1962. Dubbed Friendship 7, Glenn’s space capsule circled the Earth and put the United States on equal footing with the Soviet Union in the space race.

Glenn joined Mercury 7, America’s first class of astronauts, after setting the transcontinental speed record as a test pilot. He said he aimed to be the first man in space, but ehe was relegated to a backup role behind Alan Shepard. A Russian cosmonaut beat them to it, and Glenn got the Americans’ lead role on Feb. 20, 1962, riding a Mercury-Atlas rocket from Cape Canaveral, Florida.

Upon seeing the Earth from 100 miles for the first time, Glenn famously remarked: “Oh, that view is tremendous!” America’s New Frontiersman then traveled around the globe three times at 17,500 mph, spending five hours in space. 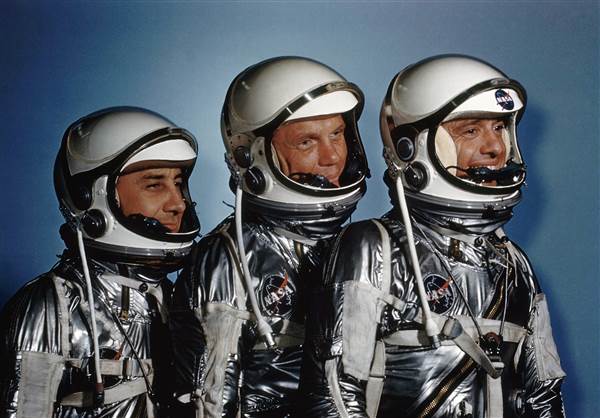 Astronauts Virgil ‘Gus’ I. Grissom, John Glenn and Alan Shepard in May 1961. AP

Glenn’s re-entry was particularly shaky, and his capsule nearly burned up in the atmosphere, but when he came down in the ocean 800 miles southeast of Bermuda, the country cheered.