Airline won’t let dad board plane with baby, so elderly stranger steps in: ‘You’re coming with me’ 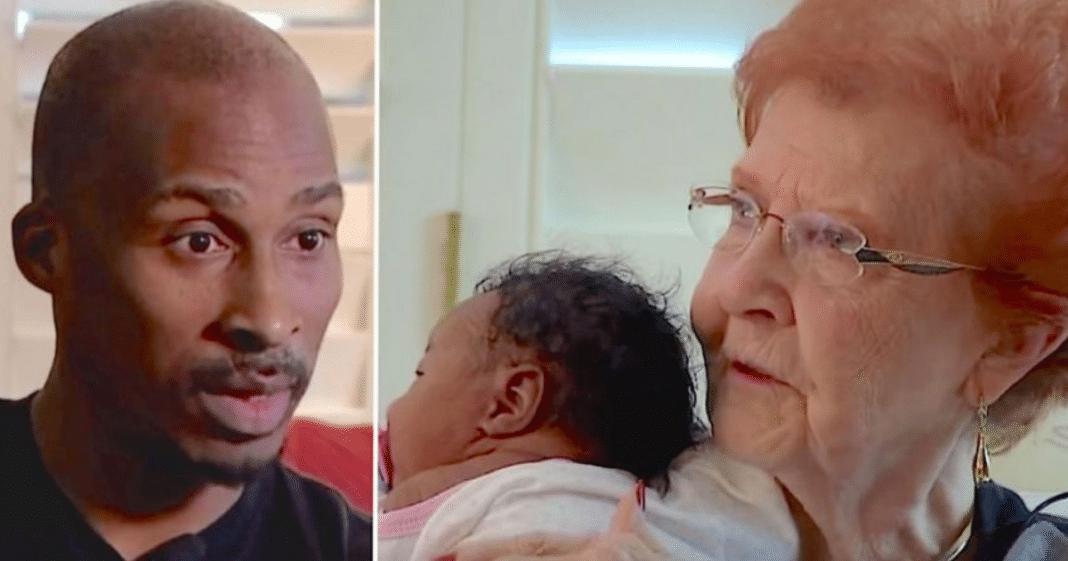 I love stories like this one. A woman opened her heart and home to a complete stranger when he had nowhere to turn.

Ruben Swift lives in Cleveland. He flew to Phoenix to pick up his newborn daughter, Ru-Andrea who was just four days old. Ruben had been granted custody of his baby girl, but a policy stipulated by Frontier Airlines says that an infant must be at least seven days old before they will be approved to fly.

Ru-Andrea was released from the hospital; he had a note to verify this, but the airline wouldn’t budge. They would need to wait three days before returning to Cleveland. This left the new father with a problem: they had no accommodations arranged.

Joy Ringhofer is a volunteer at Banner University Medical center where Ru-Andrea was born. Joy and Ruben met when Ruben arrived to pick up his little one.

“I was rocking her when her father came in, and we sort of made a connection right away,” Joy told CBS Phoenix affiliate KPHO.

Not knowing what else to do or where to turn, Ruben reached out to Joy. Her response surprised him. “I didn’t expect her to say, ‘I’m coming to get you and take you home.’ So, I’m thinking, ‘She is going to drive me back to Cleveland?’ But she actually brought me to her house and [is] feeding me and making sure my baby is alright,” Ruben said.

Father and daughter stayed with Joy for the next three days until they could fly home. “I had such a strong feeling that I needed to do this for him,” Joy said. “I know he was a kind and safe man to have in my home and he has been a perfect gentleman.”

“We’re two different colors, and she opened up her door, and it never was an issue. My color was never an issue,” Ruben said. “She loves my baby… My baby was with her all night. She stayed up with her. Who does that?”

Ru-Andrea and Ruben flew home, but Ruben promised to come and visit the woman he now considers family. “She’s fed me; she took care of me. She’s the grandmother to my child now. She looked after me,”  the new dad said about his baby’s new “grandmother.” “I’m grateful.”