Airline Refuses To Fly Marine’s Dogs Home, What This Stranger Does Next Changes Everything 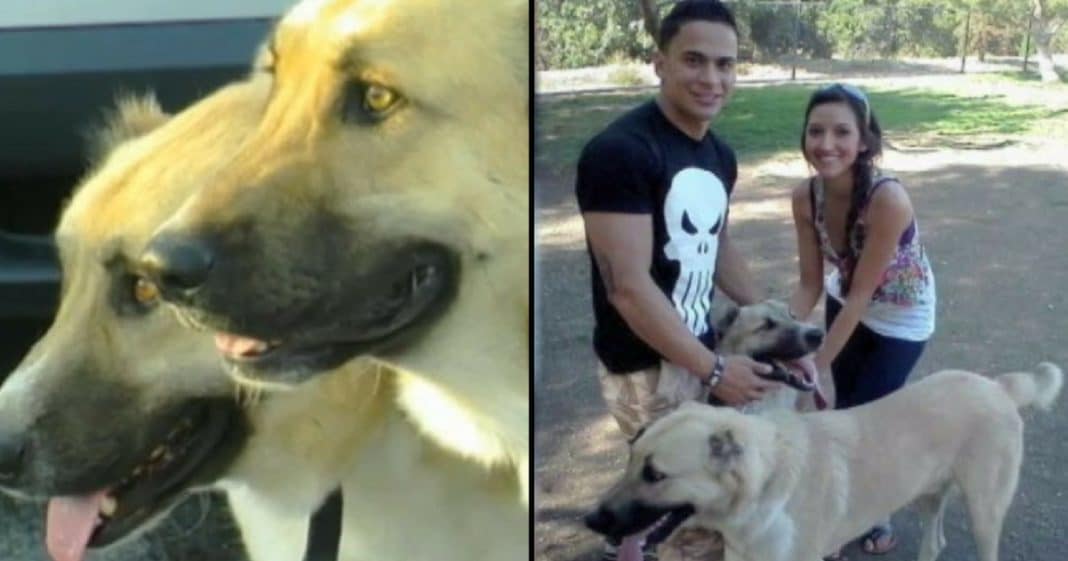 We’re touched when those closest to us do something special for us whether we need it or not; it’s the actions of a total stranger, though, that can leave us in awe. Because they don’t know us and yet they still reached out to offer a kind word, a helping hand, or a smile, their actions can affect us at a much deeper level, and when we are in great need, their actions have a greater significance.

U.S. Staff Sgt. Andrew Morales has knowledge of this firsthand. While serving in Afghanistan three years ago, he adopted two Anatolian Shepherds, Dusty and Wyatt. The two were pups from the same litter. Morales bonded quickly with his new companions.

“In Afghanistan, they are pretty much your best friend,” he said. “They’ve experienced some pretty bad things. If you look at their ears, tails… from what I understand, Afghans cut them off for fighting.”

When Morales returned to his home in San Diego, California, he brought his dogs with him. Recently, though, he was assigned to Camp Lejeune in North Carolina. The Marine wanted to bring his two buddies with him, but he encountered some resistance.

Morales called several airlines, attempting to book a flight for his dogs, but each told him they couldn’t accommodate him. Dusty and Wyatt were too large to fly on a commercial flight.

Morales didn’t know where to turn next. He didn’t want to lose his dogs, but as the time for his departure to North Carolina drew closer, it looked as though he might not have a choice but to leave his four-legged friends behind in California.

The rescue league who helped Morales bring Dusty and Wyatt to the U.S. took to Facebook and asked for help on behalf of the soldier and his family. That’s when Helen Rosburg saw their plea for help and answered.

Rosburg is the great-granddaughter of William Wrigley, the industrialist who founded the Wrigley Chewing Gum company, and heiress to the Wrigley fortune. She is an avid animal lover herself.

“He was going to lose his dogs and I said, ‘Not on my watch,'” Rosburg told ABC Affiliate WWAY. “He’s a hero on so many different levels. The Wrigley’s are an extremely patriotic family, and I am a true Wrigley child.”

She has a farm in Tampa, Florida, where she also has pigs, chickens, goats, cattle, donkeys, rabbits, cats, and exotic birds. She is also the founder of On the Wings of Angels, an animal rescue group.

In addition to all of that, Rosburg assists at-risk youth and members of the military. “Everybody in my circle knows what I do,” said Rosberg. ‘If they see an impossible situation, they’ll post something to my [Facebook] timeline.”

Thankfully, someone in her circle of friends saw the rescue group’s post and shared the information with her.

Morales and his wife, Kristen, are thrilled to have his dogs with him. “They quickly became a big part of our family, they’re my babies,” said Kristen.

Rosburg is certainly generous with her time and money. She cares about the world and those in it. You don’t need to have millions of dollars at your disposal to do a good deed. It’s sometimes those little things that make the biggest difference!

Were you happy to see Morales reunited with his beloved dogs? So share this!