Age 8 Boy Sees Friend Denied Hot Food, Pays Off Lunch Debt For Him & Buys Over 300 Meals For Others 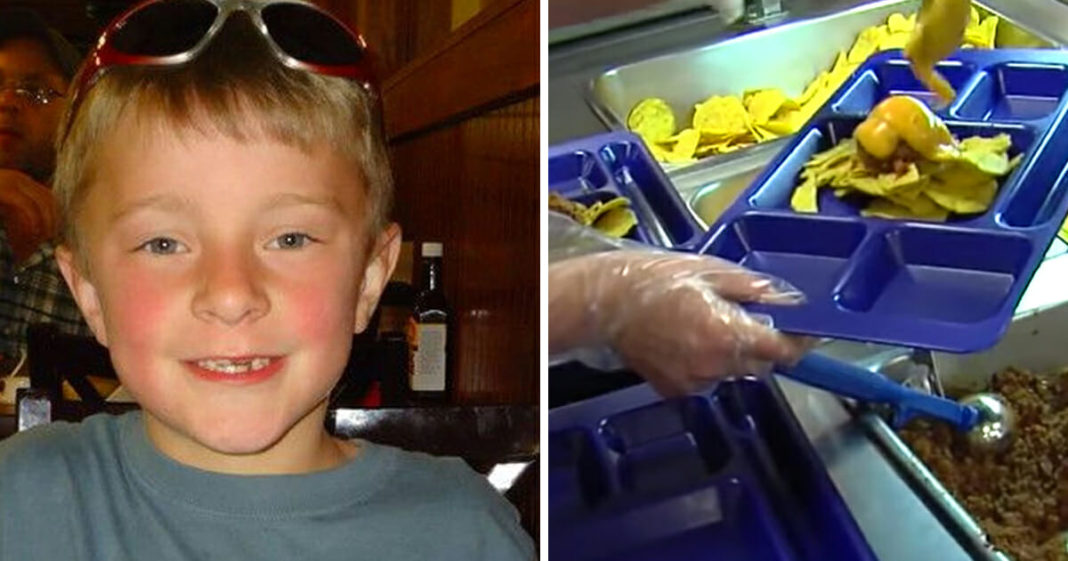 Some kids are only concerned with themselves. While others, like this second-grader, was disturbed by something he witnessed at school. Instead of ignoring the situation, this child decided to take action.

Cayden Taipalus attends Challenger Elementary in Howell, Michigan. A friend of his received a cheese sandwich while Cayden got a hot lunch. The young boy learned his friend didn’t have enough money in his account to get a hot meal.

Cayden’s mother, Amber Melke-Peters said her son was understandably upset when he got home later that day. He asked her how he could change this situation so it wouldn’t happen to any other children. Together, they came up with a way to raise money. they created a website called “Pay It Forward: No Kids Goes Hungry.”

Once the site was live, Cayden called on neighbors, family, and friends to donate money to decrease the debts of his school friends. The young boy took his efforts one step further. He recycled to add to the nearly $7,000 already raised.

After paying off the debts of his friends, Cayden requested the lunch ladies add funds to the accounts of children who needed money so they wouldn’t run low again. His efforts have helped provide over 300 meals. He doesn’t intend on quitting raising money. He doesn’t want anyone ever to be denied a hot lunch.

“I am so very proud of my son,” Peters said. “He is only 8 years old and to grasp the concept around this is just amazing in my eyes. He has a heart of gold.”

Cayden’s mother isn’t the only one who is proud of him. The staff at his school are surprised and pleased by his actions. How selfless of Cayden to think of others. Such a nice guy. Don’t you agree?