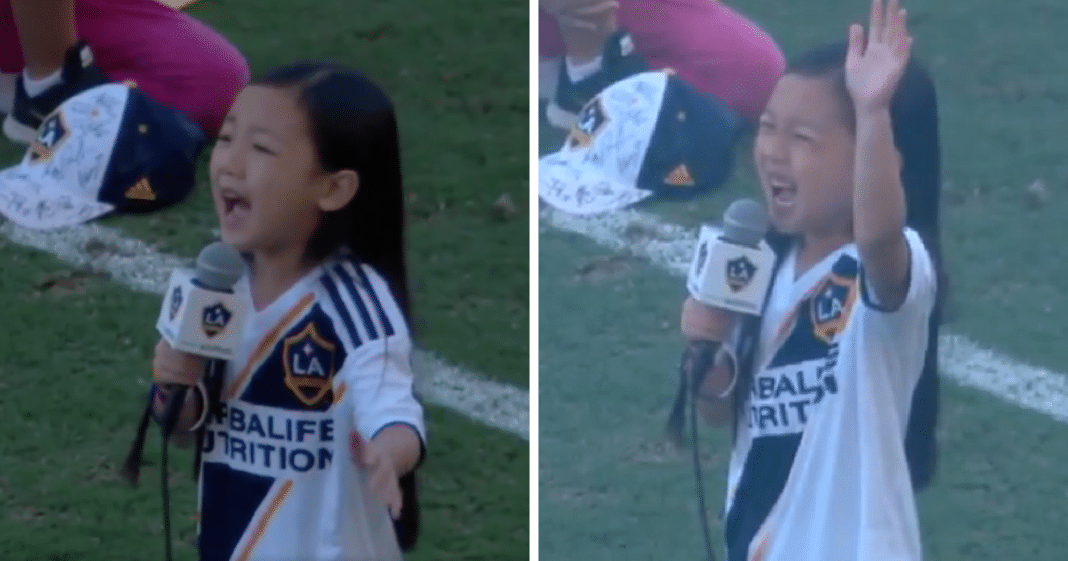 When I see young children performing the national anthem, my heart swells with pride and I often find myself wiping a tear from my eye. Malea Emma’s performance did just that. The 7-year-old sang the national anthem before the soccer game between LA Galaxy and Seattle Sounders on Sunday.

LA’s star player from Sweden, Zlatan Ibrahimović, was so impressed by the young girl’s performance that he declared Malea the MVP of the game. 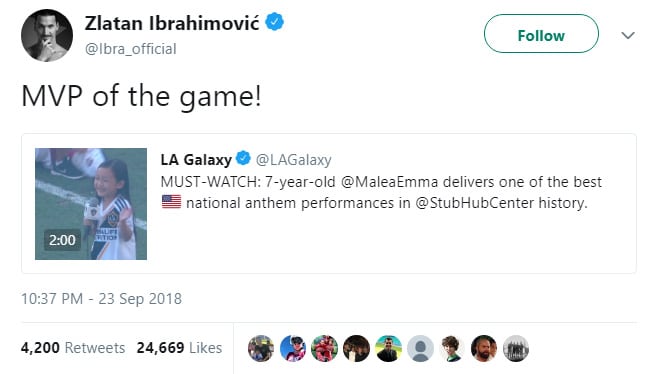 Thousands of soccer fans agree that Malea’s rendition of “The Star Spangled Banner” is one of the best they’ve ever heard.

“I was there today, what a phenomenal performance. One of the best if not, the best performance,” Johan Arellano wrote on Twitter.

“Wow. I’m an Englishman and even I feel pumped now,” said another Twitter user named Paul.

“Bring her back. I knew we’d win after hearing her,” wrote Rigo Maranon.

She is clearly a force to be reckoned with! You go, girl!