Age 6 Boy’s Rare Condition Keeps Him From Going Outside For Recess, So Cop Offers To Be His Best Friend 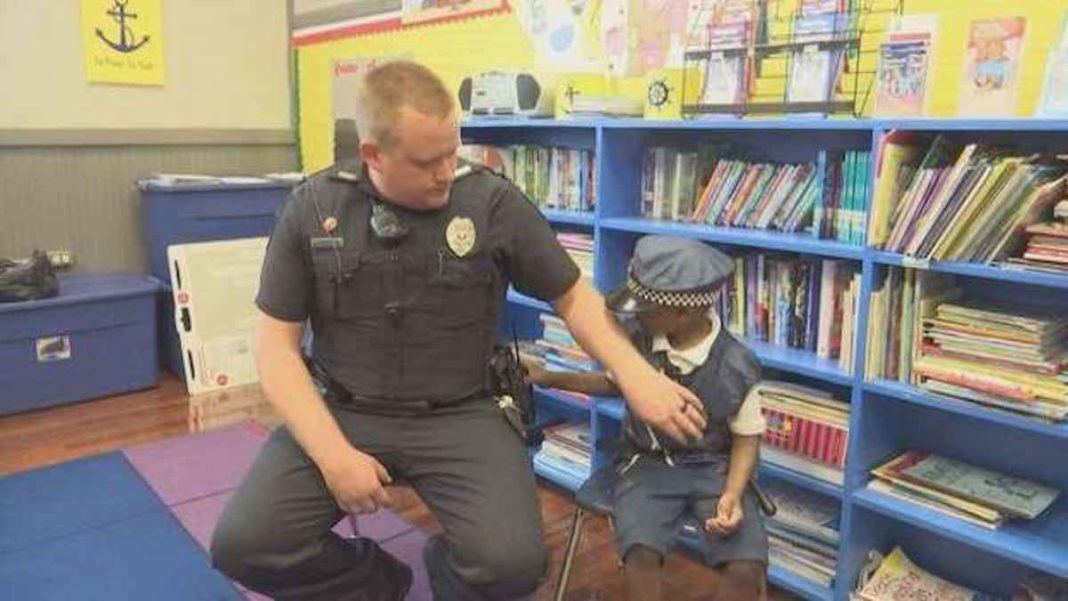 A boy whose condition keeps him from playing outside for long periods of time has found a friend in his elementary school resource officer.

The first-grader suffers from Ectodermal dysplasia – a rare genetic disorder that means he was born without sweat glands. Braylon cannot go outside if the temperature is above 74 degrees Fahrenheit (23 degrees Celsius) because he may overheat.

Ever since Braylon started first grade at Bay Minette Elementary School, he was forced to stay inside while all of his classmates were outside enjoying recess due to high temperatures in Alabama 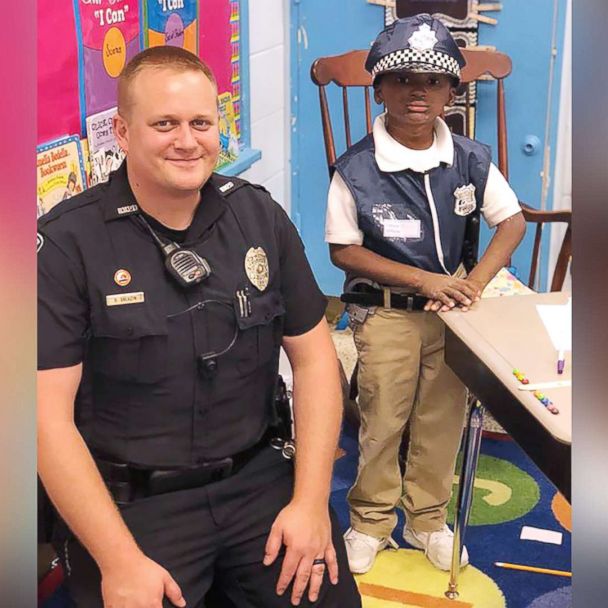 When Officer Saladin saw Braylon sitting by himself, however, he asked the young boy if he would like to patrol the school with him – and they have been the best of friends ever since.

Saladin even bought Braylon a little police officer’s uniform so he could look the part for their patrol walks through the school together.

“He felt left out, and I didn’t want him to feel left out. His mom was afraid he was going to get picked on and bullied when he came to school,” Saladin told WKRG. “It’s definitely a blessing, like it was meant to be.”

Braylon’s teachers say they’ve noticed a confidence boost in the 6-year-old, and his grades have gone up since he put on that cop uniform.

If you were inspired by this officer’s act of kindness, So Share This!