Age 6 Boy Passes Away In Mom’s Arms After She Tells Him It’s OK To Let Go: ‘Say Goodbye To Mommy’ 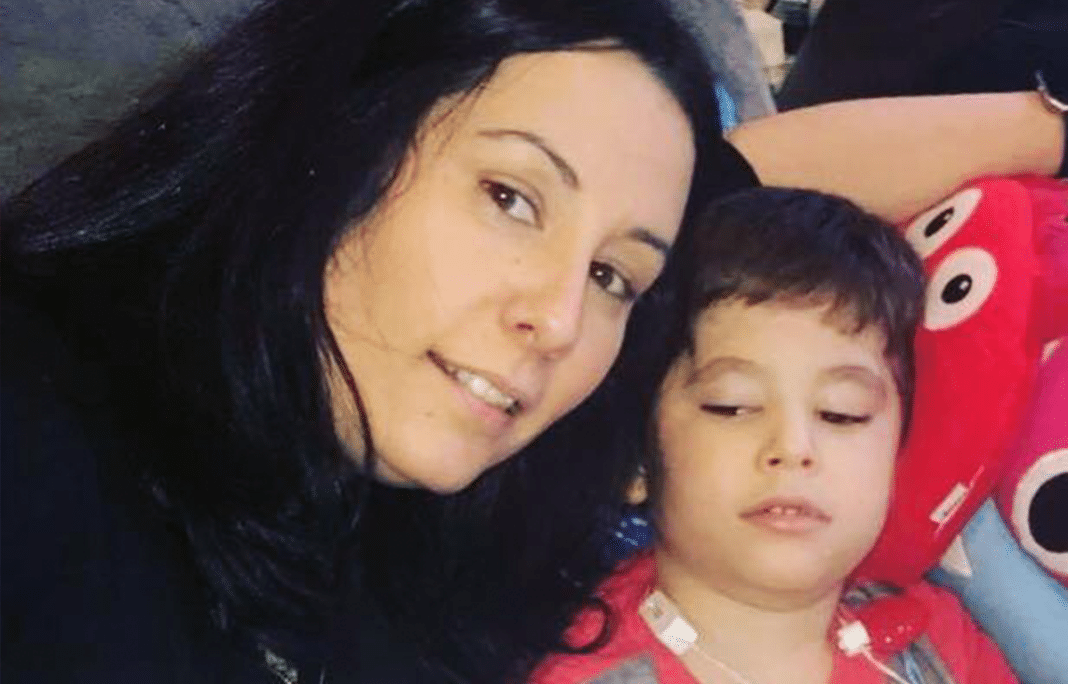 A mother from Staten Island, New York shared the heartbreaking moment she told her son it was ok to let go and held him close as he passed away peacefully in her arms. Anthony Capece was just six years old, but he had struggled his entire life with a rare disease that took years of doctor’s appointments to diagnose.

With his loving parents beside him, Anthony Capece took his last breath when Danielle told him it was ok to say goodbye.

“I held his head and told him it’s OK,” Danielle told the Advance Saturday.

“It’s OK, Anthony. It’s OK to give up. Say goodbye to mommy.

“Then he looked at me and let go.”

When Anthony was just eight-months-old, his mother knew something seemed wrong. He wasn’t developing any strength in his neck or back. Even the simple act of sitting up was a huge struggle for him. Still, the boy didn’t complain, seeming to take it in stride. 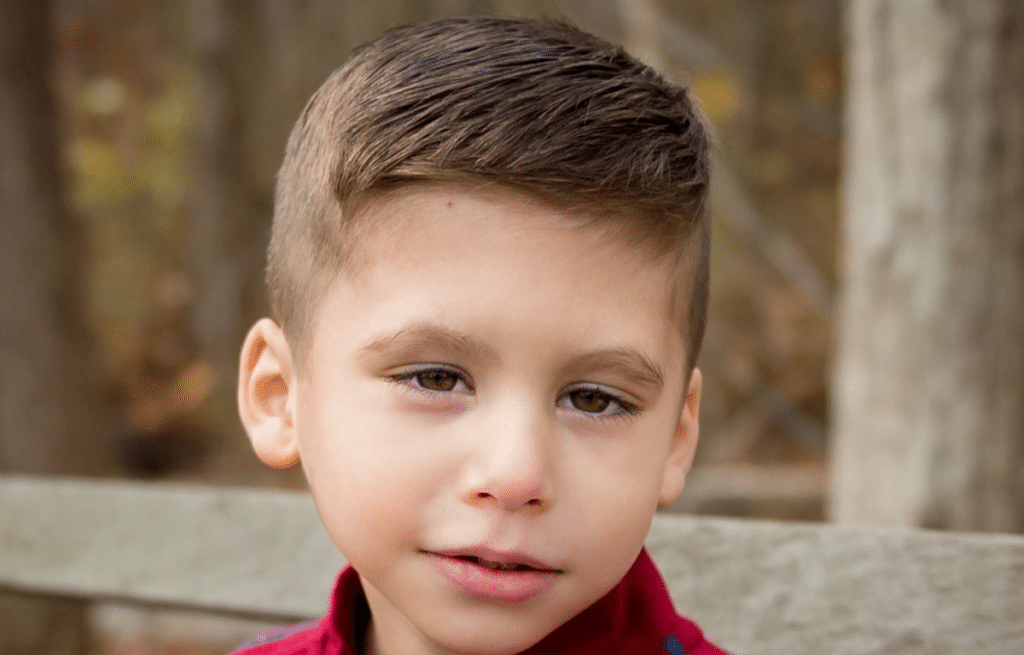 “I always wondered why Anthony never asked for my help or why he never really cried. He was the son any mom would wish for and that anyone would say “parenting is so easy!” He was so good, with a passive behavior and so alert with a smile that would light up the room,” wrote Danielle.

The concerned mother continued to watch her son struggle with basic things like learning to crawl. She was persistent, insisting that doctors needed to take a closer look at her son. He was diagnosed with autism and started receiving physical therapy, but his struggles were still readily apparent. He couldn’t drink except through a straw. He had to be hand fed because he was unable to hold a fork.

Then in April 2016, there could be no doubt that there was something critically wrong. After a day of enjoying the outdoors and riding a bike, his body gave out. He had a full body seizure. His head jerked back as he gulped for air, and his face turned blue as his eyes rolled back. After a few minutes that seemed to last forever for the horrified mom, Anthony had a blank expression and wasn’t responding.

When emergency personnel arrived, the seizures started again, and they continued off and on for months, despite medication. The family was desperate for answers but had to wait for genetic testing to determine why Anthony was deteriorating.

At age five, Anthony was diagnosed with a rare metabolic disease that caused the mitochondria in his body to malfunction. Mitochondria are the body’s powerhouses. Tiny as they are, they are responsible for generating energy for the whole body. Anthony’s body was exhausted and going into seizures because he couldn’t generate any energy in his cells.

The family had their answer why their beloved son struggled to do the smallest of tasks for most of his life. They learned that he had a rare genetic disease called MELAS and that it was incurable. The boy had to have surgery to be fed through a tube.

Danielle’s husband, Anthony Sr., quit his construction job to care for his son while she continued teaching to retain medical benefits. Nevertheless, since few doctors specialize in the rare disease, the family’s insurance company wouldn’t cover most of the costs.

Anthony continued to deteriorate to the point that he couldn’t eat, walk, or talk anymore. He required extensive medical care to survive.

The family started a GoFundMe page to try to get help in covering enormous costs. The family has raised $150 K of a one million goal.

After years of struggle, Anthony’s body finally gave out. He struggled to breathe. He came out to live out his last moments with his loving family by his side. When his mother told him it was ok to let go, he passed away on September 20, 2018.

“Anthony was a special boy who was loved more than life itself. Sadly, After a heartfelt battle the disease won and now Anthony is our angel,” wrote Danielle. 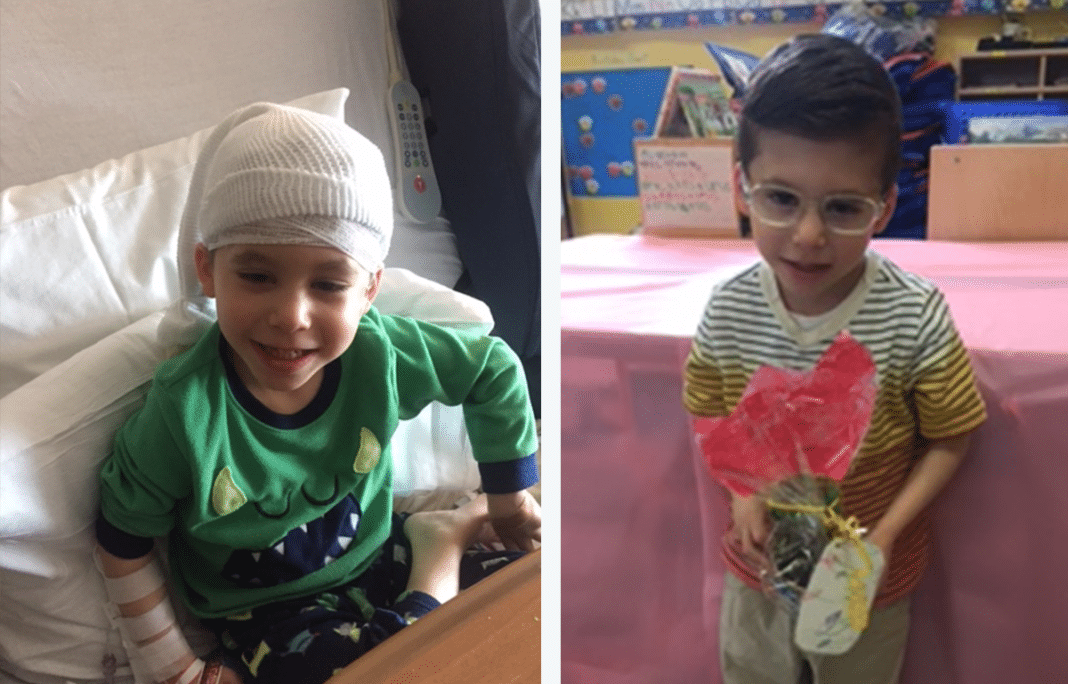 He suffered more than any child should in his short life. Now his story is helping to raise awareness about MELAS, which stands for Mitochondrial encephalopathy, lactic acidosis, and stroke-like episodes. The disease is one of the more common mitochondrial diseases which strike one in 4,000 people and kills 150 children a year.