Age 6 boy goes missing. When rescuers find him, they notice what’s lying beside him 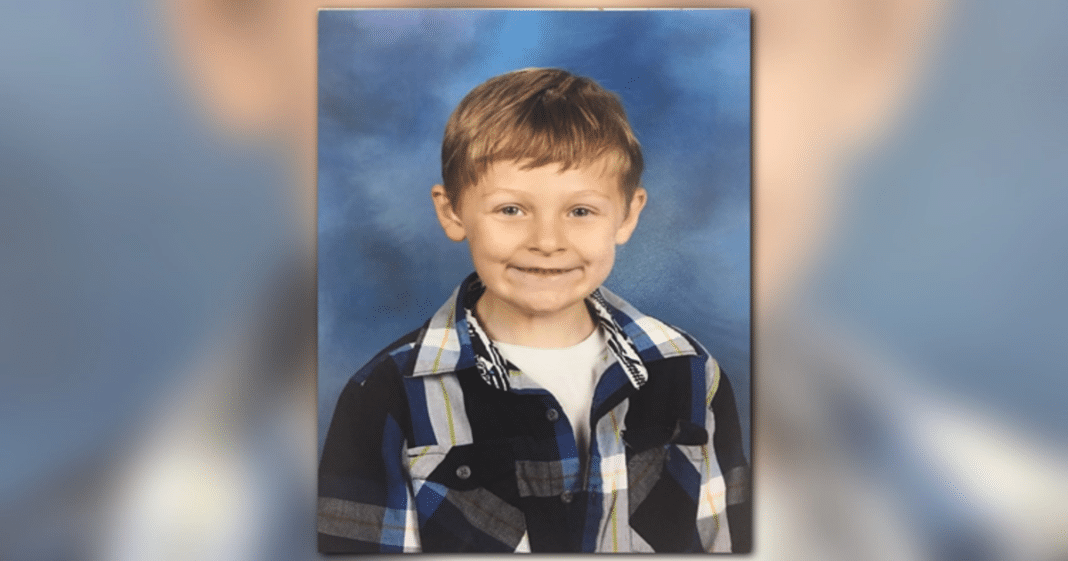 On Monday afternoon, The Leach family of Blount County, Tennessee suffered an unimaginable scare when their 6-year-old son, Kaydon went missing. Blount County Sheriff James Berrong said that around 100 first responders from local, state, and federal agencies began the search for the little boy around seven o’clock that evening.

The search teams conducted grid searches in a 2,000-acre area over mountainous terrain. They continued through the night and in the rain. A group of deputies and county firefighters found the boy guarded by his dog about a half mile from the Leach family’s home.

This is Kaydon Leach and his dog ChulaThey have been missing since around 6:30pm yesterday in the Top of The World…

The little boy was then taken to Blount Memorial Hospital; no information about his condition was readily available. His family released a statement the next day where they expressed their thanks to the search crews.

A hospital spokesperson said, “We’re so thankful to everyone, from local law enforcement agencies to volunteers, who helped us find Kaydon. The amount of support we have received has been tremendous, even from people we do n’t even know. We appreciate all our friends and neighbors, and ask for privacy at this time.”

This is the dog that was guarding 6-year-old Kaydon Leach when a search crew found them this afternoon. The boy & his dog were missing overnight in the rain for 22 hours. @wbir https://t.co/FJBpJfjNCp pic.twitter.com/gsKeMTR1mt

God bless Kaydon and his sweet dog. We’re so glad they’re both safe and sound!