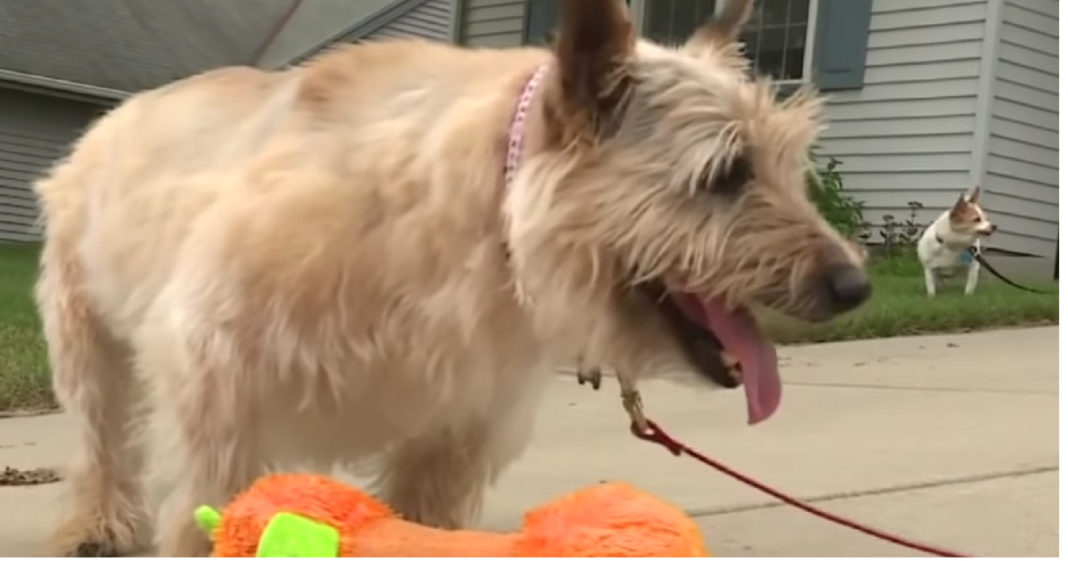 Robbie is a 14-year-old Wheaton yellow Scotty; he’s the embodiment of loyalty. This old boy remained by his 93-year-old owner’s side after the man experienced heat exhaustion and a heart attack and died. For three days, the dog suffered being attacked by ticks, dehydration, and sunburn.

Robbie isn’t the boisterous young pup he once was; he’s got more dings and scratches than during his younger years. But he’s in pretty good health. He loves laying around catching some sun or hanging out on a plush carpet.

After the death of his previous owner, this sweet man needs a new home. Back in May, Robbie and his human companion were in their yard, tending to the plants. The two lived in a rural area of Columbia County, Wisconsin. When his partner suffered medical problems, no one knew anything was wrong. Man and dog were so secluded.

Despite his open wounds and other issues, Robbie didn’t leave his owner’s side. He kept watching for three days until they were discovered.

The loyal boy was taken to a rescue and then to a foster care home where he was put in the care of Susan Jacoby.

She is so impressed with Robbie. “I was like are you kidding me?” she said. “This dog was out there for three days, no water, no food.”

Hopefully, someone will adopt this precious boy. “He’s going to be a great dog for someone looking for a low key, low energy, no energy and very very loyal, loyal to a T, loyal to the end,” she concluded.

I hope Robbie’s dedication will see him welcomed into a new where he can spend the rest of his life living in comfort and love.