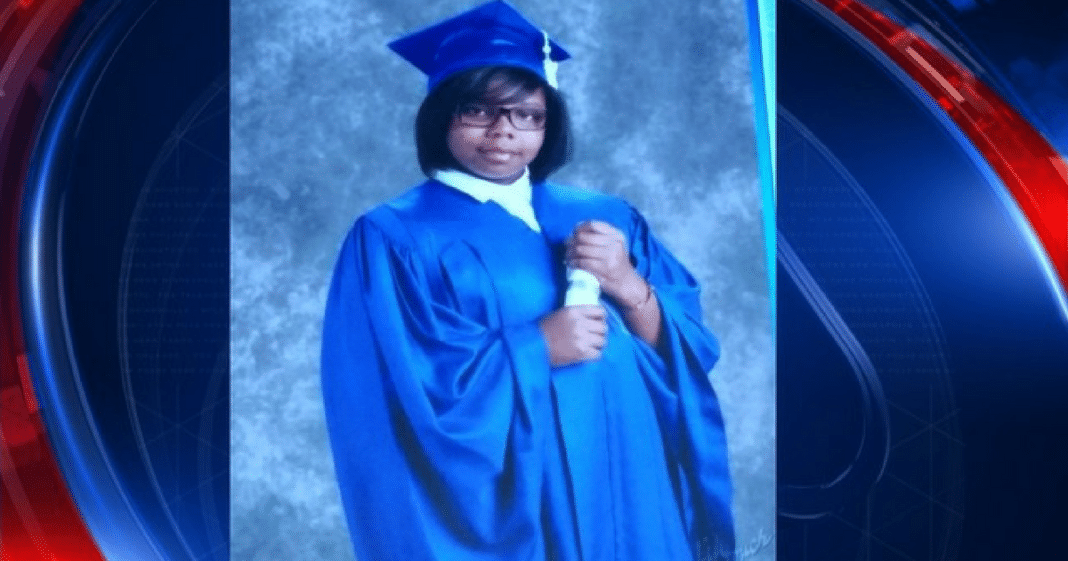 A shooting Wednesday night claimed the life of a 12-year-old girl who wanted to be an attorney when she grew up. Police have arrested two teenagers.

Sakhya Monea Bentley would have enrolled in the 7th grade at Sequoia Middle School this year. The young girl from Clayton County, Georgia had an ambitious side, her dream was to become a lawyer. “She was definitely one of a kind,” the girl’s mother, Nayesha Brown said as she wept.

“My daughter will never graduate high school. This is the closest thing I have to a graduation picture,” Brown told Fox 5 while outside her home. The photo shows Sakhya in what appears to be her 7th-grade promotion portrait donning a blue cap and gown.

According to Brown, her daughter had several friends over that night. After some time she asked the group to leave but they later returned. That’s when she heard shots ring out.

The group of juveniles and Sakhya were inside the house when someone took out a gun and began playing with it shooting the 12-year-old in the chest. Medics were immediately called to the scene where they began to administer emergency care. 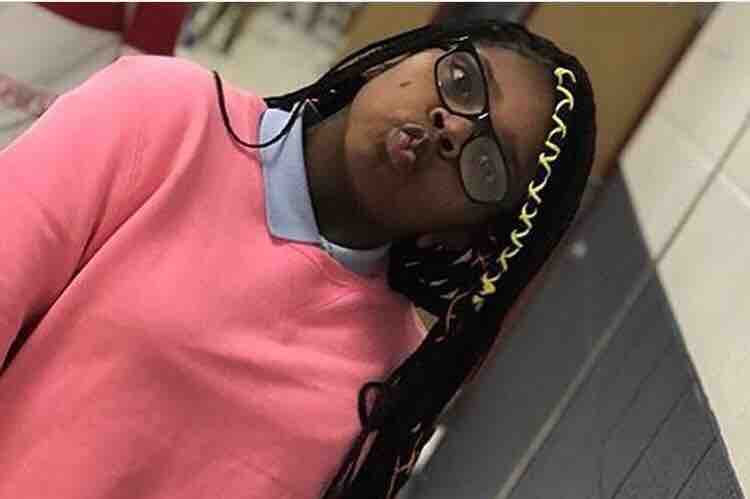 Unfortunately, Sakhya died at the hospital that night. Investigators have interviewed those who were present and it appears the shooting was accidental. However, it remains unclear who the gun belonged to.

The two male suspects, ages 13 and 14, are detained and may face charges of involuntary manslaughter, reckless conduct, and possession of a weapon by a minor.

Brown has since started a GoFundMe page to cover the cost of her daughter’s funeral expenses. On the page she shares a heartwarming note that Sakhya wrote to her on Mother’s Day.

“I just want to take the time out and say happy Mother’s Day to the best mommy in the world u doo so much for me and Nina as a single mom and I love that u go so hard for us u never let anything get between us and that’s great yes ik we may get in your nevers sometimes but we love u and sometimes we have a hard way of showing it ‍♀ I wouldn’t trade u for anything in the world or even life itself u make it all worth it my nice clothes and shoes and this nice house with delicious meals and much more. I’m so proud of u because u have two children and a dog and u still matain a healthy stable home and h make sure we straight with little to NO HELP what so ever Mom of the year award goes to u but really u deserve if because we have never been without u always made sure we had what we needed and then some just know u are greatly appreciated my lovve . iiloveeuu mommie.”