After More Than 70 Descendants, 108-Year-Old Grandpa Finally Gets A Namesake 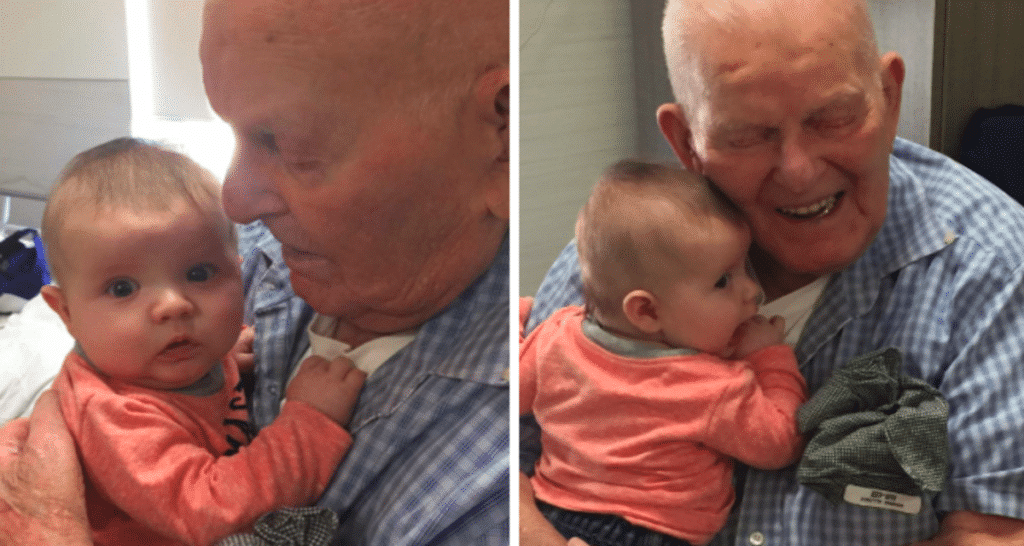 Esmond Allcock is the oldest man in Canada; he was born in 1910 in Moose Jaw, Saskatchewan. He spent the majority of his life working as a farmer.

The man, the myth, the legend is 108 today! He’s officially the oldest man in Canada! And the biggest @BlueJays fan ever! pic.twitter.com/iXUlI9uvSI

He married Helen and credits her with his longevity. “I got a really good wife,” he says. Esmond now lives in an assisted living facility in Kerrobert, Saskatchewan. His Helen has been gone for seven years now, but he’s remained single since dementia took her.

“You’re a pretty good looking guy,” Allcock could be heard saying to his great-great-grandson in a video of their first interaction.

108-year-old Esmond Allcock has 71 descendants, none of which were named for him until his great-granddaughter Jenna Lehne decided to name her son Esmond. She captured the moment both Esmonds met for the first time.

Lambiris explained her great-grandfather didn’t quite recognize her when he met her son,  asking, “Do I know you? Should I?” The two have always had a strong bond that goes back to her childhood.

During large family reunions, “he would always pick me out of the crowd,” she recalled.

“I knew that we wanted to honor him in some way,” Lambiris said. “After we decided on the name, my grandmother told him. The next day, she texted me and said, ‘I hope you don’t change your mind.  He’s over the moon.'”

108-year-old meets his 1-year-old namesake: ‘You don’t know what this means to me’ https://t.co/8U7FK0gGUB #LoveWhatMatters pic.twitter.com/g77cCuJ1lt

Her son, Esmond, who has an older brother named Jasper Demetre Darren, was born on Jan. 11, 2017. He met his great-great grandfather for the first time in April at his assisted living facility. It’s a ten-hour trip for her to make with her children in tow, but she’s hoping to make the journey again very soon.

What a fantastic way for Esmond’s legacy to be honored and remembered. What makes it more special is he’s still alive to enjoy it.