He Sees Strange ‘Shadow’ In Middle Of Road. Then He Realizes What It Really Is 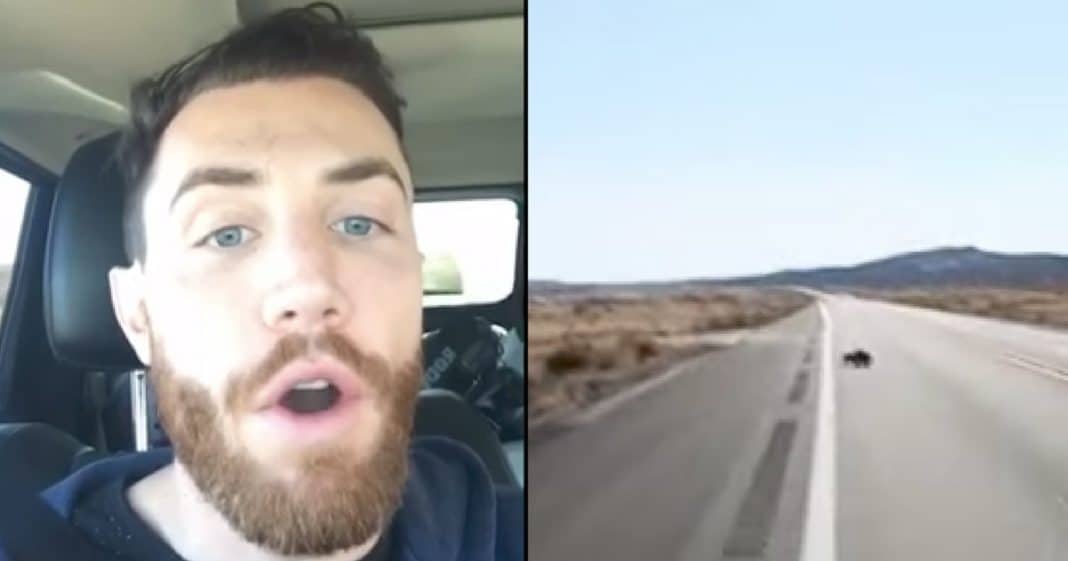 Oftentimes the most amazing things happen to us when we least expect them. That’s what Jordan Kahana found when he decided to take a little road trip and ended up getting much more out of the experience than he bargained for!

Jordan had some time off of work between Christman and New Years and decided he would use that time to get out of his native Los Angeles and explore. He packed up his car and headed east, planning to make a stop at the Grand Canyon.

But as he was driving through the middle of the Arizona desert, he noticed some strange shadows on the road up ahead. As he got closer, he realized the shadows were moving.

Jordan quickly pulled over to the side of the road and grabbed his camera. What he found left him stunned.

“You will not believe what I just found in the middle of the road!” he said into his camera.

There, wandering in the road in the middle of nowhere, were two tiny puppies. Jordan knew they couldn’t be more than 2 months old.

“Come here!” he called to the puppies, who at first were a little unsure of the strange man coming toward them.

Thankfully, they quickly realized Jordan was there to help them, not hurt them. He scooped the puppies up and put them in his car and then drove straight to an animal hospital in Page, Arizona.

There, vets gave the puppies water and treats, did a de-worming treatment, and gave them their first round of shots.

Jordan knew these sweet, tiny puppies had come into his life for a reason, so he decided to adopt them, and that’s how the Adventure Squad was born!

This is the first photo we ever took together. HAPPY FATHERS DAY ??‍♂️??

Jordan named the puppies Zeus and Sedona. Together they finished out Jordan’s road trip, visiting national parks in three more states before heading to their new home in Los Angeles.

The once-tiny puppies aren’t so little anymore, but they are still always ready for an adventure with their daddy!

Saturdays are for the Squad ??

Since Jordan’s story went viral, the trio has attracted thousands of followers who love their story and can’t wait to see where their next adventure takes them!

We will be tracking the Adventure Squad’s journey on So Share This as they travel the world and do more exciting things. Be sure to check back for more awesome adventure stories from Jordan, Zeus, and Sedona!

We can’t wait to see where they go next!

Were you happy to see Jordan rescue and adopt Zeus and Sedona? Are you excited to follow their adventures with us? So share this!