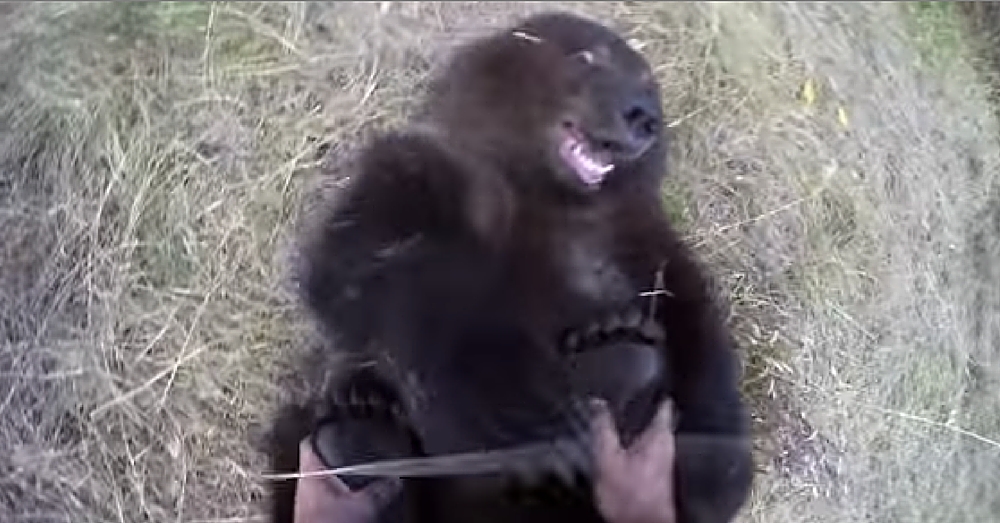 Casey Anderson is a wildlife naturalist and the host of America the Wild with Casey Anderson and Expedition Wild for Nat Geo WILD. In addition to making those shows, Anderson runs the Montana Grizzly Encounter, a sanctuary he founded that takes care of orphaned bears and those coming out of captivity that need a home.

The bears Anderson works with wouldn’t be able to survive in the wild because they lack many of the necessary survival skills, so Anderson provides them with a home and also teaches them different skills and things they need to know.

One of the cubs Anderson rescued is named Bella. She was found alone in Alaska and no one knew where her mother was. Knowing she would die in the harsh Alaskan wilderness, Anderson took her in.

In the video below you can see Anderson tickling Bella’s feet. At first glance it looks like it’s just an adorable game the two are playing, but it’s actually so much more. When Anderson tickles Bella, he is helping her learn boundaries and to keep her distance from him.

He teaches her these things for two reasons. The first is that all of the bears in the sanctuary could easily overtake and harm Anderson, so he makes sure they know their boundaries. The other is because, once Bella grows up, she will need to be able to judge whether to approach or avoid other bears in the sanctuary, and this “game” helps instill the skills she will need to be able to do that.

We certainly wouldn’t suggest anyone else go start tickling a grizzly’s feet, but it sure is cute when Anderson does it! Check it out by clicking on the video below:

Were you inspired by the way Anderson cares for and teaches these bears? So share this!