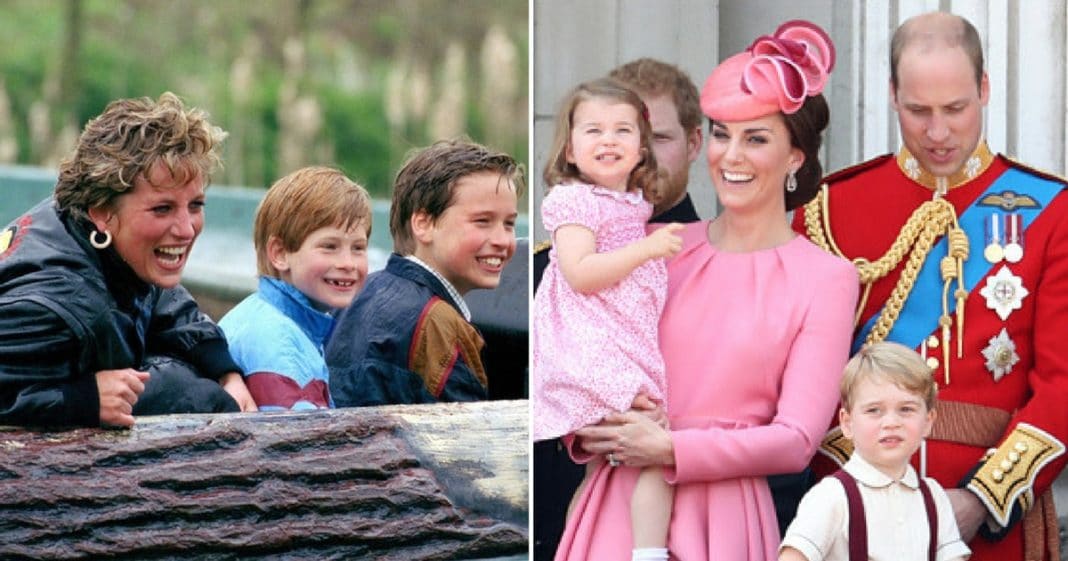 Growing up, if you were fortunate enough to know your grandparents, your memories of them are probably of people who loved you to pieces. To your parents’ displeasure and perhaps amusement, your grandparents spoiled you with presents and love.

Sadly, Prince George and Princess Charlotte don’t have these firsthand memories of their grandmother, the late Diana, Princess of Wales.

In a documentary that airs this week on HBO in the U.S., Prince William and Prince Harry open up about their mother and, along with celebrities like Elton John, share their memories of her life that was cut too short.

In Diana, Our Mother: Her Life and Legacy, Prince William discusses how important it is for him and his wife, Catherine, to create memories of Diana for their two young children, George, four, and Charlotte, two. William said he is “constantly talking about Granny Diana.”

“We’ve got more photos up ’round the house now of her, and we talk about her a bit and stuff,” he added.

“It’s hard because obviously Catherine didn’t know her, so she cannot really provide that — that level of detail,” he said. “So, I do regularly, putting George or Charlotte to bed, talk about her and just try and remind them that there are two grandmothers, there were two grandmothers in their lives, and so it’s important that they know who she was and that she existed.”

Prince William also commented on how he believes his mother would have been as a grandmother:

“She’d be a nightmare grandmother, absolute nightmare,” he joked. “She’d love the children to bits,  but she’d be an absolute nightmare. She’d come and go and she’d come in probably at bath time, cause an amazing amount of scene, bubbles everywhere, bathwater all over the place and — and then leave.”

Despite his teasing, William also admits in the documentary that his mother was a wonderful example to him of how to raise his children. He understands how crucial the early years are for children: “I want to make as much time and effort with Charlotte and George as I can because I realize that these early years particularly are crucial for children, and having seen, you know, what she did for us,” he said.

We applaud Prince William and Prince Harry for their willingness to be so open about the loss of their mother in such a public way. Even twenty years on, the impact of Diana’s death still leaves a massive chasm in their lives. Diana might have been the “People’s Princess,” but she was first and foremost a mother. If she were alive today, we’re sure Diana would be the most wonderful of grannies.

If your granny or grandpa is still with you, hug them. Let them know how much you love and appreciate them.

Do you love seeing how Diana’s legacy carries on through her sons? So share this!