Adoptive Parents Told It’s Okay To Leave Baby Because They Didn’t ‘Sign Up’ For Her. They Had A Better Idea 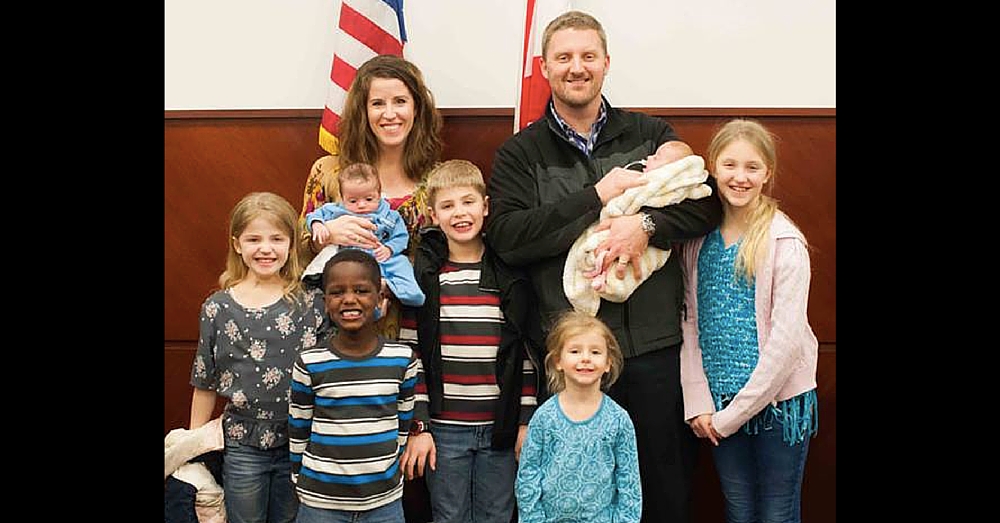 They had plans to have two, maybe (emphasize the “maybe”) three kids. Seven children later, Josh and Allison Lewis have no regrets about the change in plans that life handed them.

With four biological and three adopted children, the couple has their hands full. However, part of what makes this family’s story stand out is the chapter that begins with Sam and Ava.

Allison has shared that part of the story on Facebook:

The couple’s friend and adoption attorney called, asking if they wanted to adopt another child. They happily agreed to do so. But as the birth mother went into labor, they got some stunning news: there were two babies, not just one.

Excitement washed over them as they drove to meet their new children. Then they got another call. One of the babies wasn’t expected to survive the emergency C-section that the doctors had to perform.

…when we finally arrived, we found a small, but healthy, baby boy cuddling with the nurses on the postpartum floor. but in NICU lay a precious three-pound darling whom we would soon find out was born without a brain. the doctors looked at us with eyes of sorrow and compassion and said, “you don’t have to take her. we know this isn’t what you signed up for.”

Ava had a slew of medical problems including being born with only a brain stem, not a brain. She wasn’t expected to live for long. It’s a parent’s worst nightmare to lose a child and one Allison and Josh had faced previously with another child they’d hoped to adopt.

“…something that my husband, Josh, has held to for years now perfectly answers this. Anytime our family is walking through the process of making a decision, he always reminds us, “we make decisions based on priorities, not on circumstances.” For us, the priority is life.”