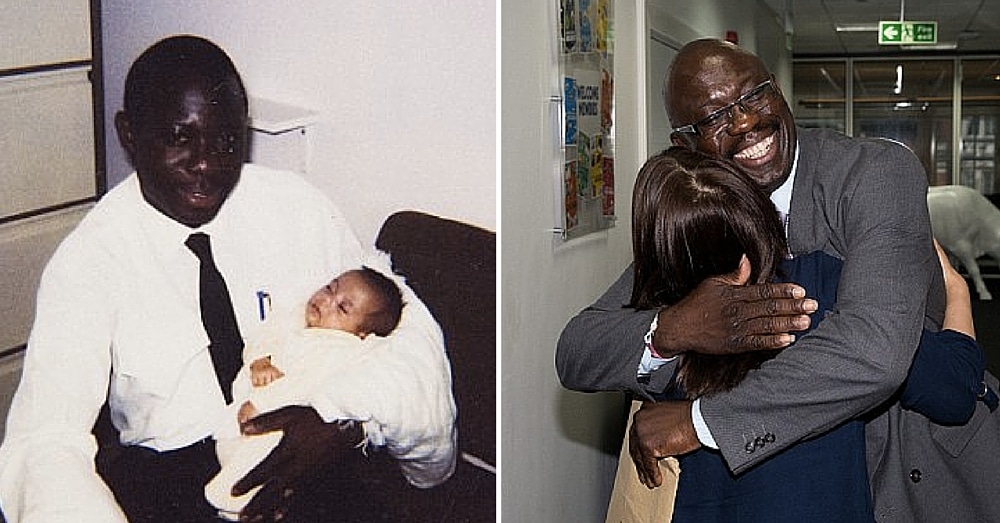 Kiran Sheikh was only two hours old when her mother placed her in a telephone box and walked away. She was in an abusive relationship and already had six kids and she wanted a better life for her little girl, so she left her in the box and called the Samaritans charity to let them know they should come pick up the baby.

Before they could arrive, though, a man named Joe Campbell stepped into the box and saw Kiran on the floor. At first he thought the bundle was a bag of chips someone had thrown on the ground, but when he looked closer he couldn’t believe his eyes!

He scooped the baby up and called police, and Kiran was taken to a hospital and then placed with an adoptive family.

When she was eight years old her family told her her history, and she has always wanted to meet the man who found her.

Now, more than two decades later, the pair has finally been reunited!

Head over to the Daily Mail to read more of Kiran’s amazing story and see pictures of the emotional reunion.