Brother Imprisoned For Crime He Didn’t Do. When They Finally Speak, His 1st Words Leave Her Speechless 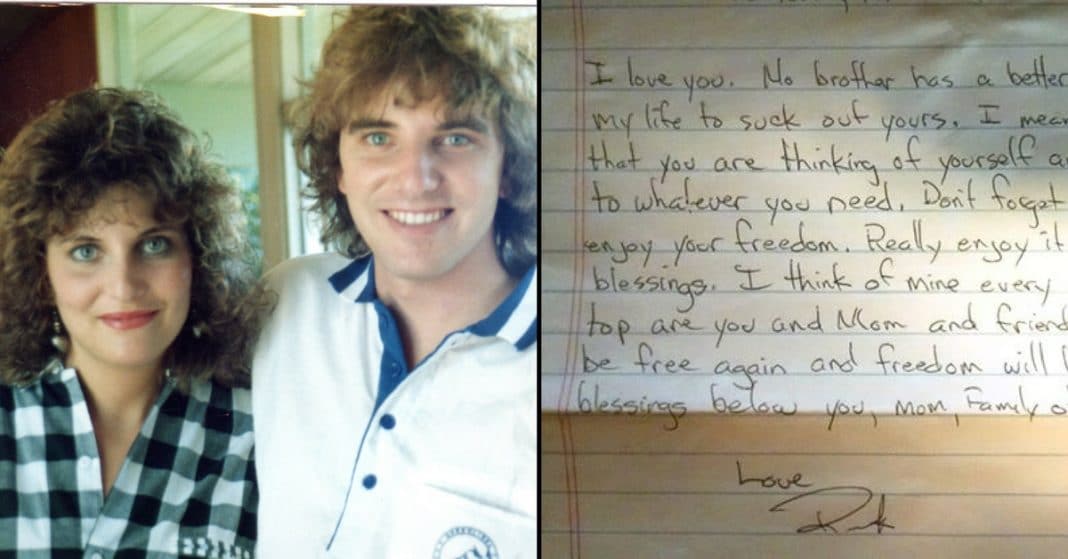 Locked up for a crime you didn’t commit. It sounds like the plot of a book or movie. But when Melissa’s brother, Rick, was wrongfully arrested and imprisoned, it became their reality.

Suddenly, they were thrown into a nightmarish world that was terrifying and unfamiliar. As Rick fought for survival, Melissa began to research any way she could think of to help him. 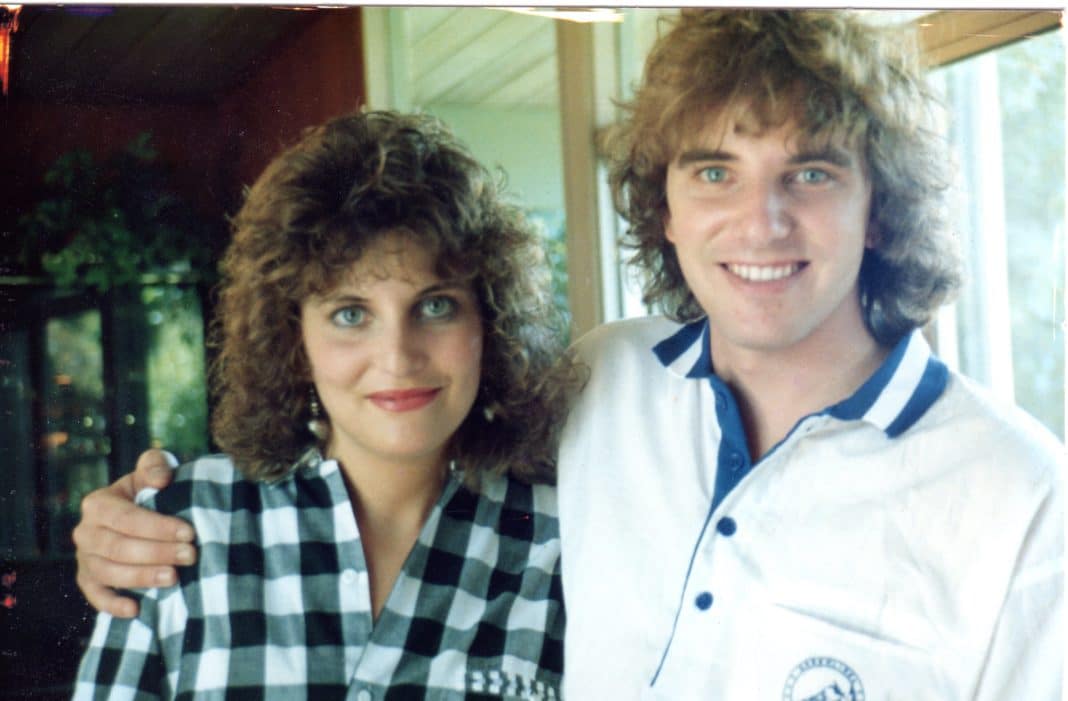 When Melissa was finally able to speak to Rick after his arrest, his first words both stunned her and broke her heart.

“There’s a lot of good people in here,” he told her.

Incarceration is something most people don’t like to talk about. It’s dirty and shameful and many people feel that if someone is in prison, they deserve to be there.

But when you really start to look into it – when you get to know the people and read their stories and see the statistics – the truth is heartbreaking.

At any given time, about 2.3 million people are locked up in facilities across the United States. But what is even more staggering is the fact that over 11 million people cycle through jails each year. On top of that are the hundreds of thousands of people on parole and the millions on probation.

According to The Innocence Project, studies have found that between 2.3 percent and 5 percent of all prisoners in the U.S. are innocent. If even 1 percent were innocent, that would mean more than 20,000 innocent people are in prison. 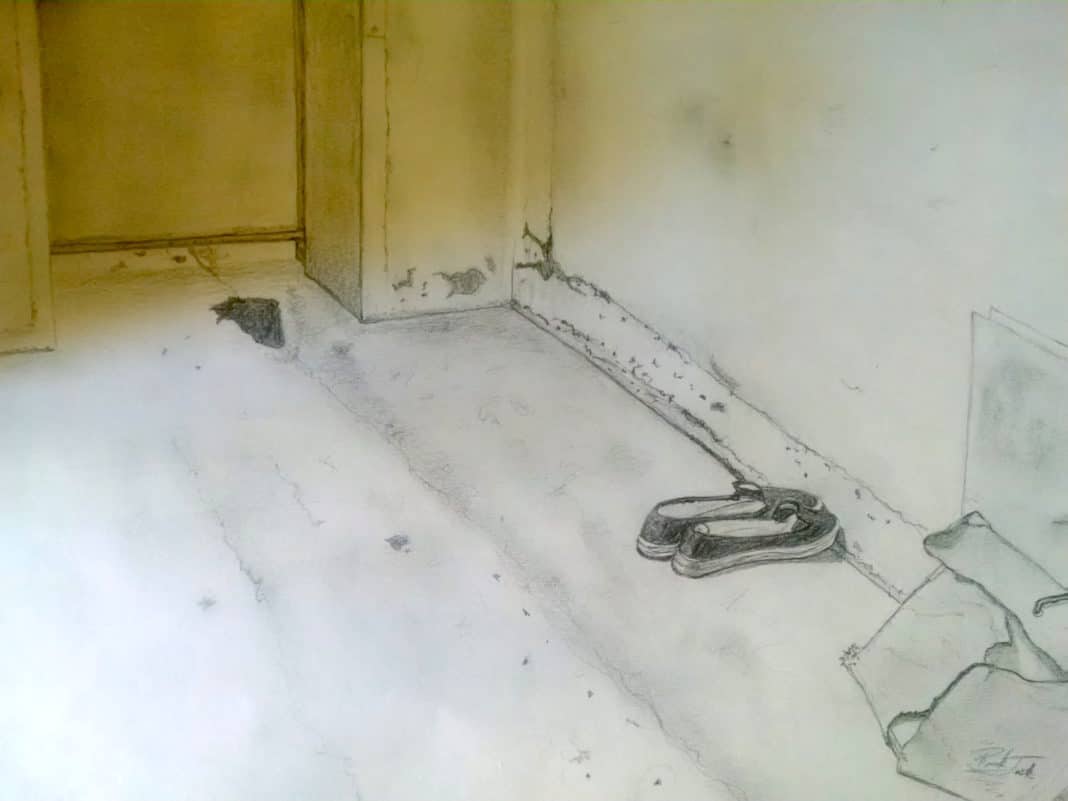 Rick was fortunate in that he had a family on the outside that was fighting for him and could afford to communicate with him, but it came at a price. Communicating with inmates is expensive. A 20-minute phone call cost Melissa $27. (Inmates are only allowed 5 stamps per month to send letters. Trading stamps is against the rules, though some still trade for food or services, meaning they’re forced to choose between eating and writing to their families.)

Melissa cut all extraneous expenses. She stopped going to the movies and even went without heat during the winter.

As she talked to Rick, though, something interesting began to happen. As soon as they would connect on the phone, he would rattle off a phone number and ask her to pass a message on. She discovered that many of the people locked up with Rick had families who couldn’t afford the high costs of a phone call. All these men wanted was for their parents or spouse or children to know they were okay.

As Melissa and Rick learned more about the sorry state of the criminal justice system and the heartbreaking stories of many of the inmates and their families, they knew they had to do something. The need was so great it was overwhelming.

“There are so many forgotten people,” Melissa said.

That’s when they came up with the idea for Adopt an Inmate (AI).

Through the program, inmates can request a survey that they then fill out and send back to Melissa. She and some volunteers then collect the information and put the inmates on a waiting list.

People who are interested in communicating with the inmates also fill out a quick form. They are then matched up with a few different inmates (with no identifying information) and can choose to “adopt” one – or all – of them if they wish.

Adoptors have no financial obligation to their adopted inmate (though they may pay for phone calls, or even visit if they wish). The whole purpose of the program is to be a friend. 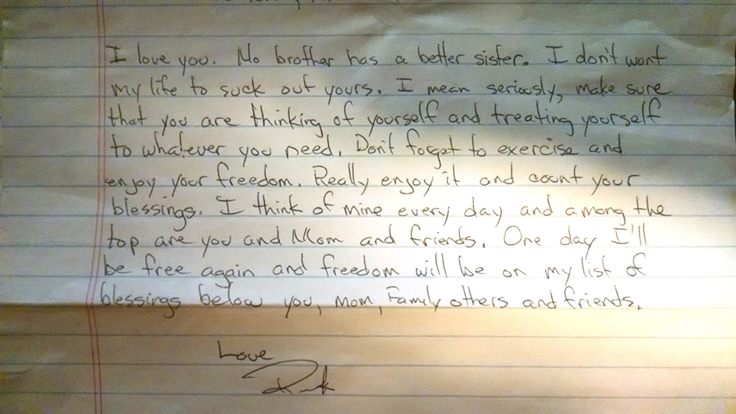 Letter from Rick when he was first moved from county jail to prison. Courtesy Melissa Brown

Many of these inmates have had no contact with anyone from the outside world since they were first incarcerated. It is expensive for families to take time off work and travel to the prison to visit. Most of these families have lost their breadwinner and are struggling to survive. For some, it’s just easier to forget about them and move on.

Melissa tells the story of one 70-year-old man who has been in prison for the past 22 years for robbery. In all those 22 years, he’s never had one visit or even a phone call. He was up for clemency but was reluctant to even apply because he didn’t know how to live on the outside after so many years in prison.

But this man ended up being adopted by a kind person who decided he deserved kindness and compassion. Their friendship has changed everything. Now he wants to fight to be free because he no longer feels alone or afraid – he knows he will have help and support once he gets out.

Once word of Adopt an Inmate got out, it exploded. Thousands of inmates clamored to be adopted, a clear indication of how much they need just one person to believe in them and show them kindness.

Melissa gets around 400 letters each week from inmates who want to be adopted. By the end of the first year, there were 1,000 inmates on the waiting list. One year later, there were 5,000. To date, Melissa and her team have entered over 8,000 surveys, and they still have a stack of 1-2,000 waiting to be entered. 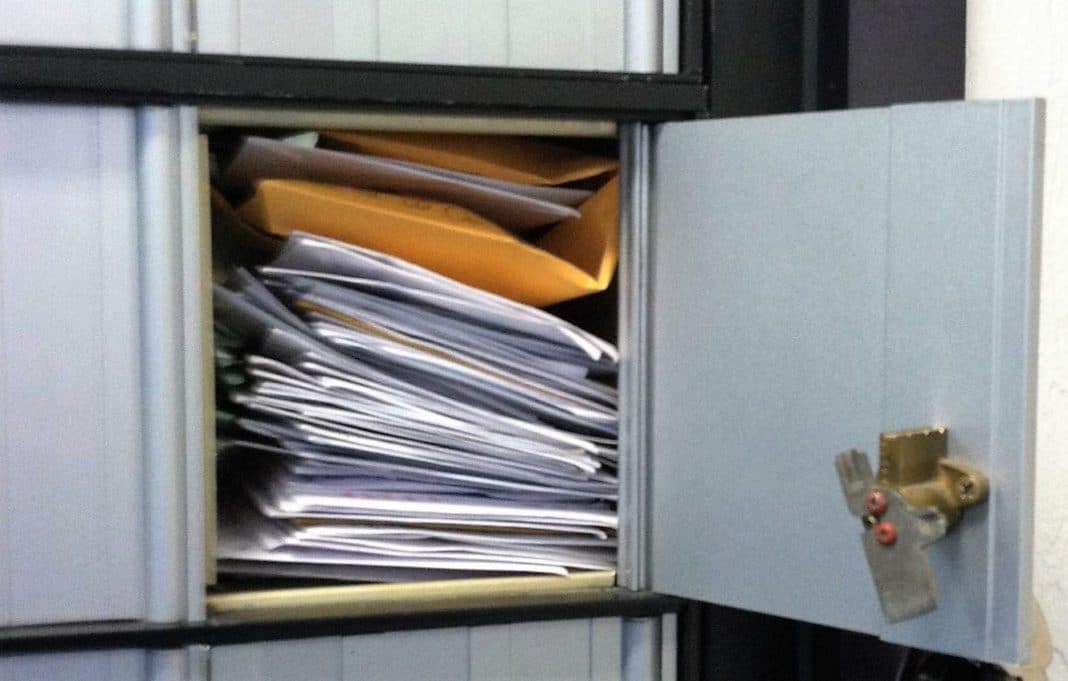 Melissa says some people have criticized her efforts, asking why she doesn’t just “adopt a dog instead.” But she knows their work is important and necessary.

“They’ve already been judged,” she said of the inmates. “It’s pointless to judge them now. Now is the time to help them.”

“This is not to coddle prisoners,” she added. “It’s to create a social network for them so they have some support once they are released.”

While many people assume the organization is a large one, most of the work is done by Melissa and a few volunteers who help when they can. The work is exhausting, but it has also given Melissa a purpose to keep going and keep fighting.

“It gives you a reason to get up and get over your anguish, which is debilitating,” she said. 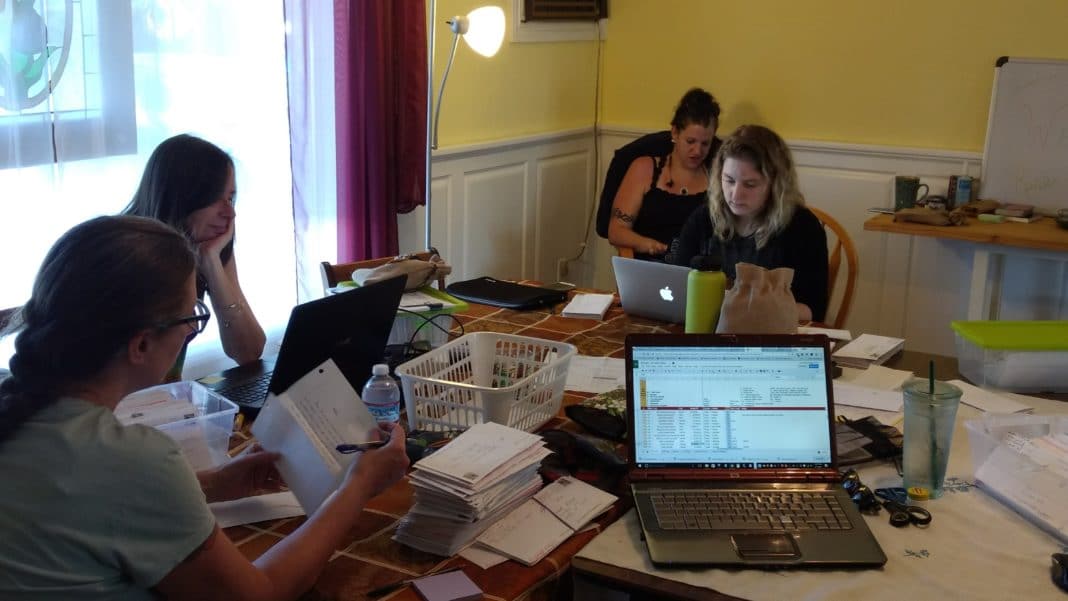 It is estimated that between 70-100 million people in the U.S. have been touched by the criminal justice system in one way or another – that’s one-third of the entire population! But no one likes to talk about it because there is such a stigma associated with incarceration.

“They’ve already been forgotten and then the problem is exacerbated because people don’t want to talk about it,” Melissa said.

AI’s goal is to remind the world that those in prison are still human and have the same basic needs and desires of every other human on the planet. They want to provide relief, comfort, and hope to those facing judgment and help to those who are being released.

Ultimately, they would like to “change prison itself from an arbitrary system of cruelty and punishment to one which internally recognizes the humanity of its charges and treats them accordingly such that recidivism [reoffence] is rare, rather than a feature of our current system’s design.”

“People are noticing that this is not right,” Melissa said. “We can’t change the system, but we can change somebody’s life – one at a time.”

If you would like to adopt an inmate, click here to fill out the short survey to be matched.

You can also help by volunteering to input data, donating stamps or money, or purchasing an item from AI’s Amazon wishlist so they can continue doing their great work!