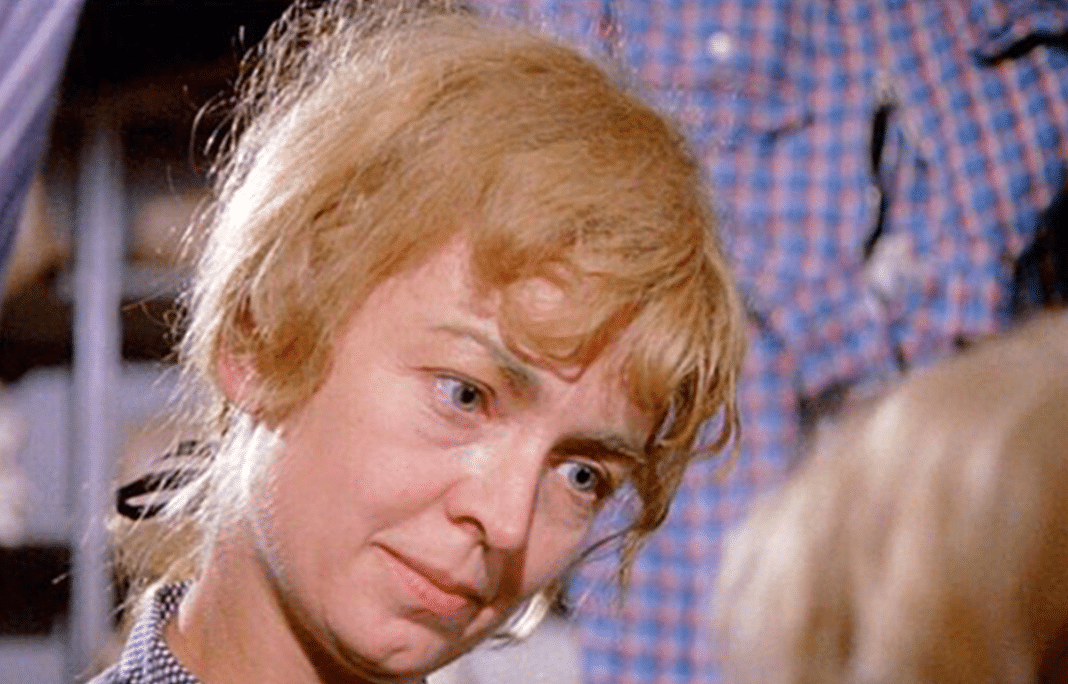 One of the last living adult actors in the 1971 film classic, Willy Wonka & The Chocolate Factory has passed away. Diana Sowle, age 88, died peacefully surrounded by her family early Friday morning.

“‘She was a loving wife, mother, grandmother and friend, and will be dearly missed,’ said a statement released by her rep.”

Fans of the beloved Willy Wonka movie will remember her as Mrs. Bucket singing “Cheer Up Charlie” with an angelic and hopeful voice.

See her singing the song below:

When Gene Wilder, who played Willy Wonka, passed away on August 29, 2016, Diana Sowle gave an interview to remember him.

“He was so nice. He never acted like, ‘Oh, I’m a bigger star than the rest of you,'” remembered Sowle.

See the short interview below:

In an interview 40 years after the movie, Sowle joked about her son in the movie, Charlie Bucket, choosing to take his Grandpa Jo to the magical chocolate factory rather than his Mom.

“Charlie should’ve taken his mom,” she told the newspaper. “He should’ve said, ‘Oh, that’s wonderful. Now I can buy my mother a beautiful dress!’ Never happened.”

In 2015, Sowle remarked on the longevity and continuing popularity of the Willy Wonka movie today:

“It’s nice that it’s still so popular, and the reason I think it’s so popular is — if you’re a parent, you can send your child to that movie, there’s no violence, there’s no bad language and no sex,” she told the Baltimore Sun.

The movie still sends a strong moral message that being bad doesn’t pay:

“And kids love the thought of going to a chocolate factory and someone wins the golden ticket and they have all these bad kids and good kids, and the bad kids lose out because they try to grab (everything) for themselves.”

You can see Diana Sowle is two other movies from 1994: Clear and Present Danger and Guarding Tess. A more surprising role: She voiced a video game character named Agatha in Fallout 3, from 2008. The game features a quest called “Agatha’s Song” in which the gamer searches for a violin. She voiced other elderly female characters for the game as well.

See her character in the video below:

The actress also portrayed Mrs. Schubert in a play called Shear Madness. It was one of the longest-running nonmusical plays in the world and is billed as “America’s Favorite Comedy WhoDunIt!”

Diana Sowle has played Mrs. Shubert in the The John F. Kennedy Center for the Performing Arts production of Shear Madness many times over the years. Here she is featured in a TMZ "Memba Them?" segment!

Fellow actor, Rick Hammerly, posted a tribute to her on Twitter:

We’ve lost a truly lovely woman, actress DIANA SOWLE. Millions knew her as Mrs. Bucket in WILLY WONKA & THE CHOCOLATE FACTORY (1971). I knew her as a friend & the nicest Mrs. Schubert ever. May you continue singing ?”Cheer up, Charlie”? for many years to come. #riplovelylady pic.twitter.com/HuJj7BlEHp