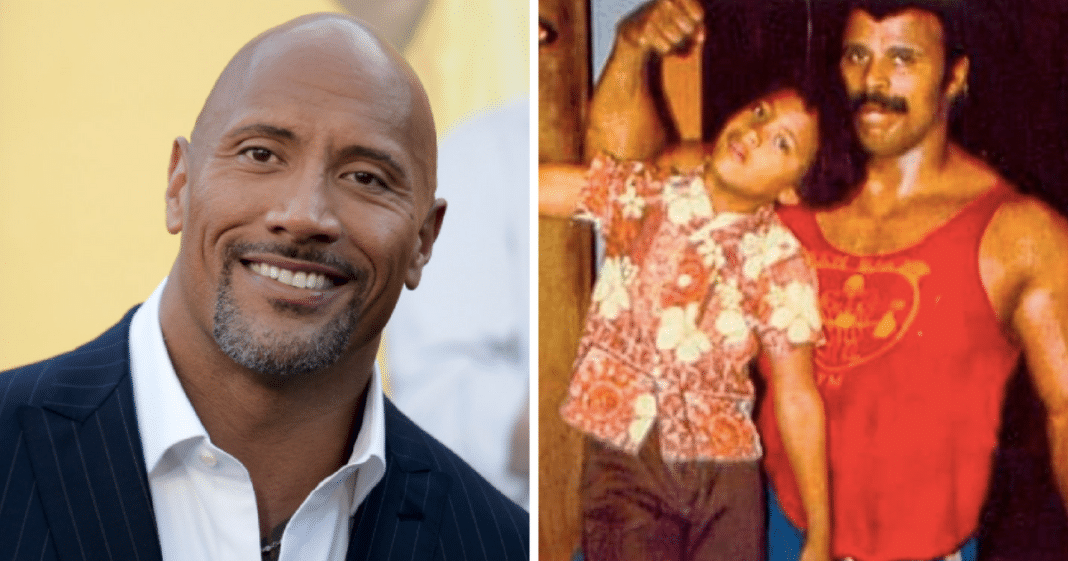 On Thursday, Dwayne Johnson sent a video to help the New Jersey chapter of the Make-A-Wish Foundation celebrate its 35th anniversary. Dwayne’s father, wrestler Rocky Johnson was one of the first wish granters for the chapter.

Dwayne was in Hawaii but wanted to help the chapter commemorate this special occasion at Thursday’s gala. He spoke about his father. “Make-A-Wish means something,” Johnson, 46, told the audience. “It’s something very meaningful to me and I hold very, very close to my heart.”

Since his time in the WWE, Dwayne has also granted his fair share of wishes. He cheated on his diet with a 13-year-old ill boy who wanted to share some Rice Krispies treats with him. He passed out personalized video game systems to three kids for Christmas and sang to a little boy and girl. The boy painfully ignored him.

Happy Father’s Day to this hardly ever smiling OG bad ass. Little boys by nature, look up to and idolize their old man….

Dwayne learned how to grant wishes from his father, now 75. He was one of the first wish-granters for the New Jersey chapter. Rocky Johnson visited a 10-year-old boy named Bobby Macaluso who had Lou Gehrig’s disease.

He recalls the visit. “I remember my Dad telling me and Mom, ‘There’s a little boy, and he wants to meet me, and he’s really challenged right now, and he’s fighting hard, and his one wish is to meet me,’ and I was blown away.”

Rocky met Bobby in 1983. “And I remember meeting Bobby and his family, and my Dad was holding him, and it was a very special moment and time in our lives.” 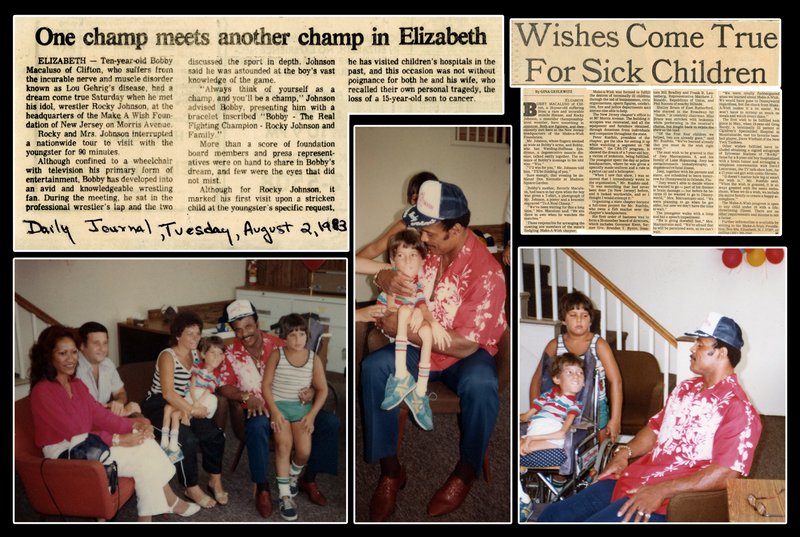 Dwayne’s video went on as he shared how meeting the little boy who was around his age had a huge impact on his life. “It moved me,” he said. “It changed my life even then as an 11-year-old.”

He later took to  Instagram on Thursday night to congratulate the foundation. He mentioned the memorable meeting with Bobby. “My Dad told Bobby, ‘Just think of yourself as a champ, and you’ll be a champ’… Amen,” Johnson wrote. “What a special moment.”

He also posted a newspaper clipping unearthed by the foundation from the Daily Journal. The photo shows his mother and father, who is dressed casually hanging out with the little boy. The headline reads, in part, “One Champ Meets Another Champ.”

Skin to skin. Our mana. Blessed and proud to bring another strong girl into this world. Tiana Gia Johnson came into…

“I remember my family feeling incredibly lucky and grateful to be there and meet Bobby and his family and watch my pops make Bobby’s day,” Johnson continued. “Congratulations again New Jersey.”

Sadly, Bobby died two decades later from complications of his illness. Dwayne said how honored he is to be able to grant wishes to children with life-threatening illnesses.

Posted by Dwayne The Rock Johnson on Thursday, June 14, 2018