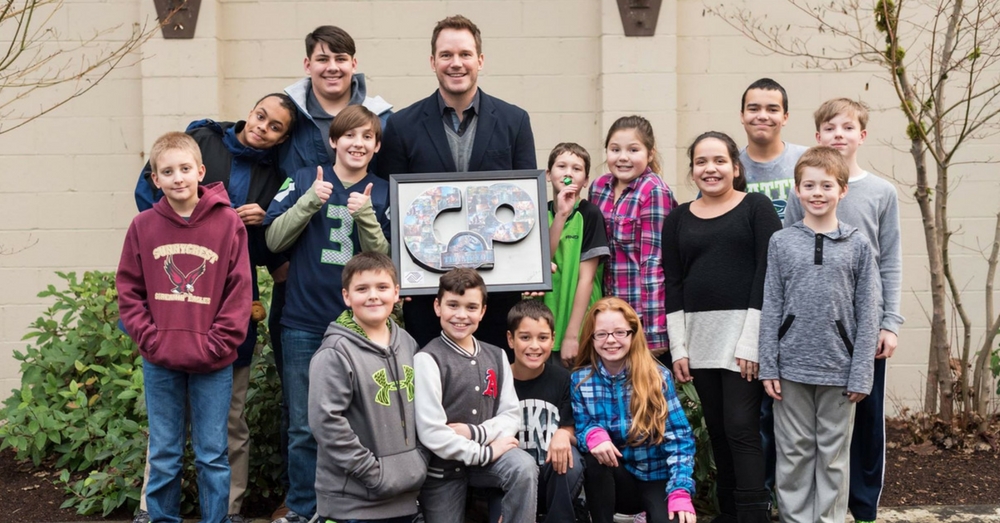 Actor Chris Pratt has made himself into a household name after appearing in blockbusters like Guardians of the Galaxy and Jurassic World, but it’s his humble and compassionate spirit that has really endeared him to his fans.

Recently Pratt donated $500,000 to the Boys & Girls Club of Snohomish County in his hometown of Lake Stevens, Washington to help open a new teen center named in honor of his late father, Dan Pratt.

Pratt said his father “was a pillar of his community” who coached kids in “every sport” and made a big impact on a lot of people. It was only fitting that this new center to help keep kids out of trouble be built in his honor.

Pratt noted that 2016 has been a difficult year that has left the country feeling “divided and bitter.” He blamed the 24-hour news cycle that is always looking for a new, sensational story for “telling us who we are, what we are” and causing us to grow further apart as citizens.

While some may say the country will never be able to recover, Pratt says he’s not willing to accept that.

“We are not our government. We are not what those folks on TV say we are,” he said. “We are our Boys and Girls Clubs, our rotary clubs, our senior centers, our youth sports leagues, made up of volunteers, Americans; altruistic people investing time into our greatest asset, our children.

“We’re just as strong as our will to give back to the community. We always will be. So get strong. It feels good. Be the instrument God uses to bless your community.”

Do you agree with Pratt that it is up to us to heal our nation? So share this!