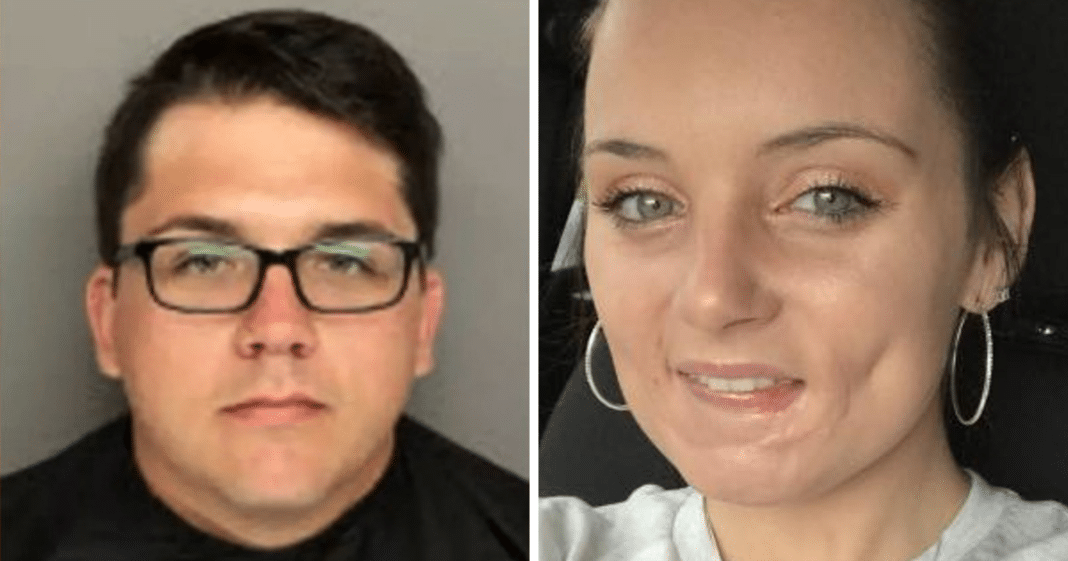 Kayla Hayes was about to have her 19th birthday. She had summoned the courage to end an abusive relationship with Seth Aaron Fleury. For almost a year, she had watched as Fleury became more controlling and more abusive. She decided to leave, but Fleury wanted to meet for once last time in a parking lot in Simpsonville, South Carolina. Although she was firm in getting away from her boyfriend, the nightmare was just beginning. 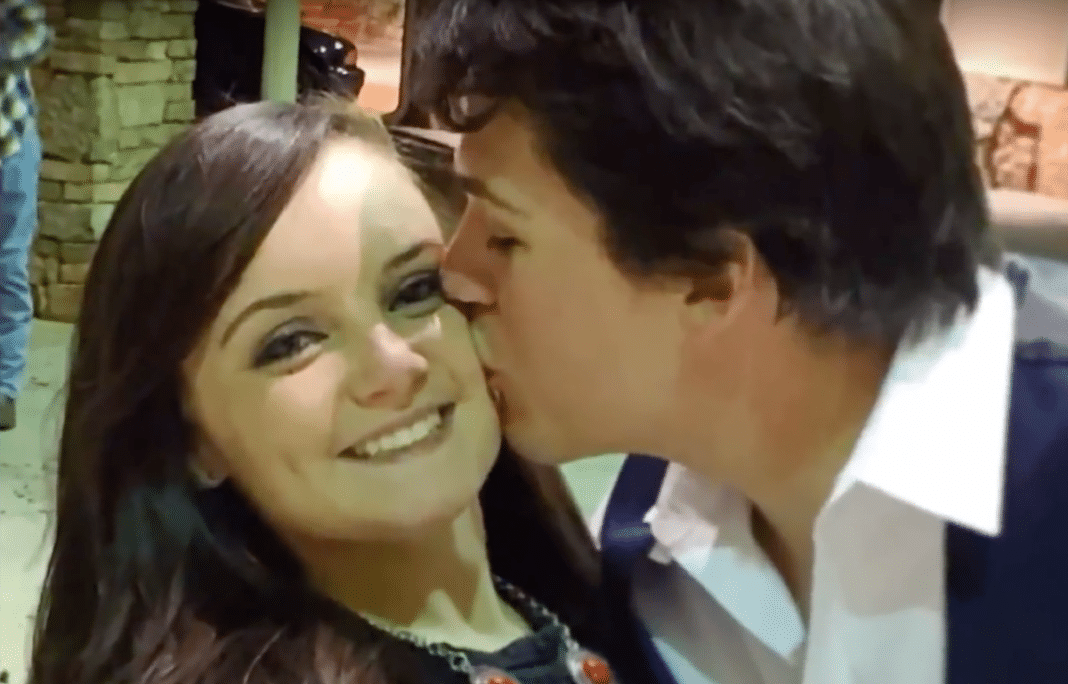 Fleury knew he was losing his girlfriend and lashed out. He wanted to leave a lasting mark on her that would never go away. He reached in, pretending to kiss her goodbye. Then he did something horrific. He grabbed her lower lip with his teeth, and completely bit it off. To top it off, he yanked her out of the car and slammed the door in Haye’s face, leaving her reeling and in shock. While she was unable to respond, the coward took off and fled the scene. 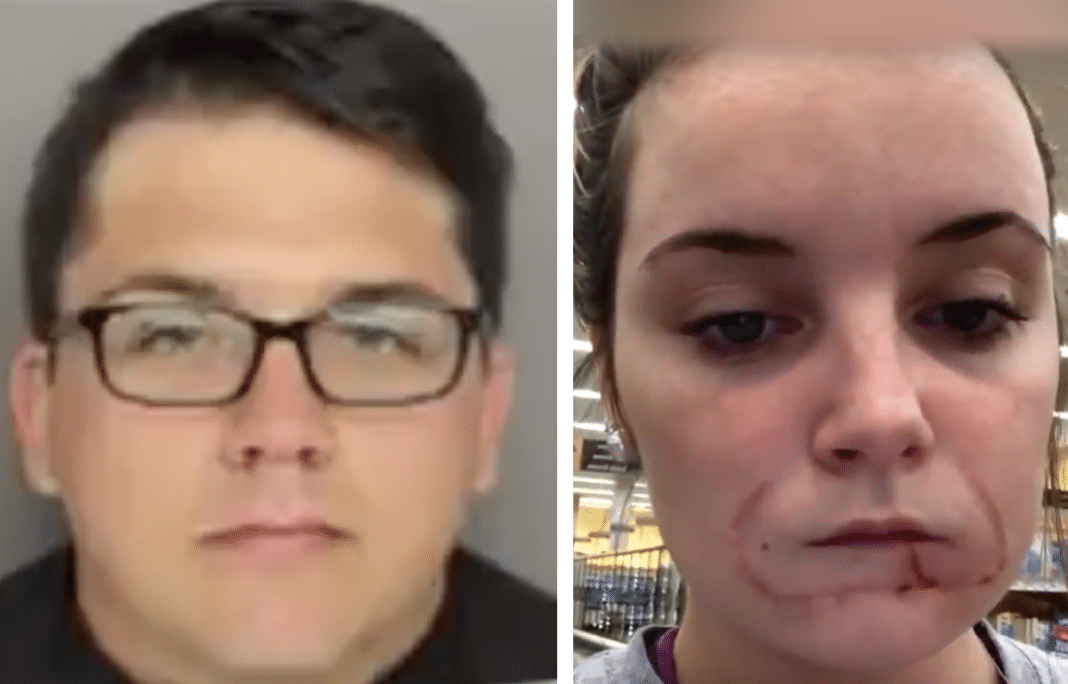 “I then just started screaming at the top of my lungs for help and out of fear for my life. He then yanked me out of my own vehicle and slammed the door in my face so he could take off, and run away from what he had just done.”

“Sitting in a puddle of my own blood with the majority of my lip laying on my leg, my whole mouth on fire, confused and terrified, I didn’t know how I could ever show my face again.” 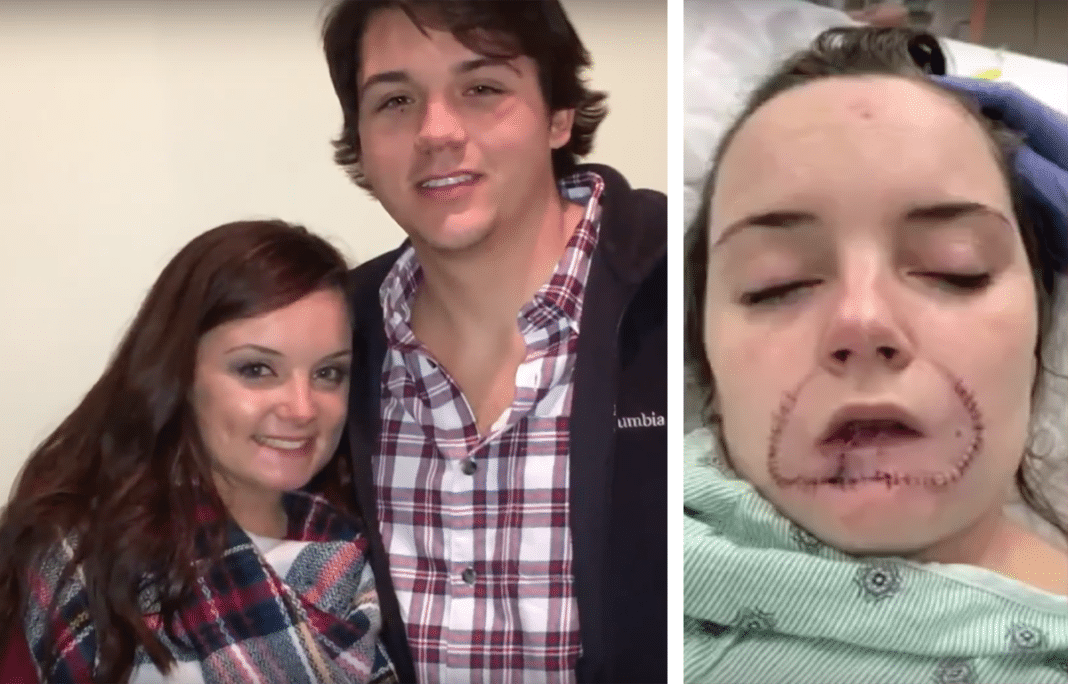 A bystander heard Haye’s cries for help and came to her aid. He called an ambulance and Hayes was rushed to the ER, where she would need extensive surgeries. They were unable to reattach her severed lip and the permanent wound required over 300 stitches.

“Nobody expects that somebody that claims to love them is going to turn into an animal, and bite them with the force of a pit bull bite,” said Hayes.

Now, she’s doing something extraordinary. Kayla Hayes refuses to let her ex-boyfriend hold her down. She has adopted a new motto:

“Rise above. Wear your scars as your wings.” 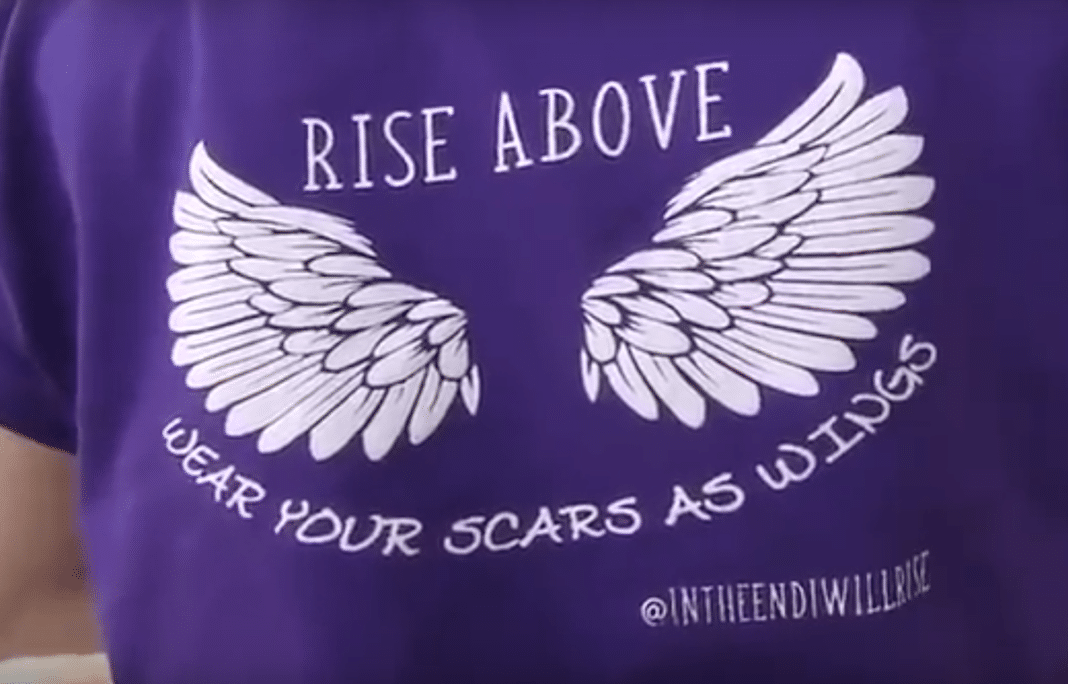 Instead of letting what happened to her control her life, this courageous woman is now working to help others get out of potentially violent and abusive relationships before it’s too late.

“There’s a difference between accepting ups and downs rather than accepting abuse, whether it be physical, mental –whatever it is. Don’t accept it,” said Hayes.

“You need to rise above it. You need to continue to stay strong, and you need to get out. I just hope somebody can learn from my mistake of not getting out when I should have.”

You can join her on her Facebook page: RISE ABOVE. She hopes to “help other men/women see the early signs of abuse, how to get out, to know they are not alone and to show that there is a better day ahead.”

Hayes wants to help bring other people suffering into the light and give them the hope they need to break free.

“I hope to spread awareness to let the harsh truth of violence that many keep unknown/unseen, come to light and to help put a start to the end of this.”

As for Seth Fleury, he will regret what he did for the rest of his life. In October 2018, he was sentenced to 12 years in prison after being charged with assault and battery of a high and aggravated nature.

We are so happy to share Kayla Hayes’ story. She’s shining a light on domestic violence and helping others learn the signs and know that they need to take steps to get out. She’s become a hero and a role model after enduring an unspeakable assault. She is rising above it all to create a better life for herself and many others. Nobody should ever believe they deserve to be abused.

Posted by She Rises with Kayla Hayes on Tuesday, October 30, 2018

See much more in the videos below: