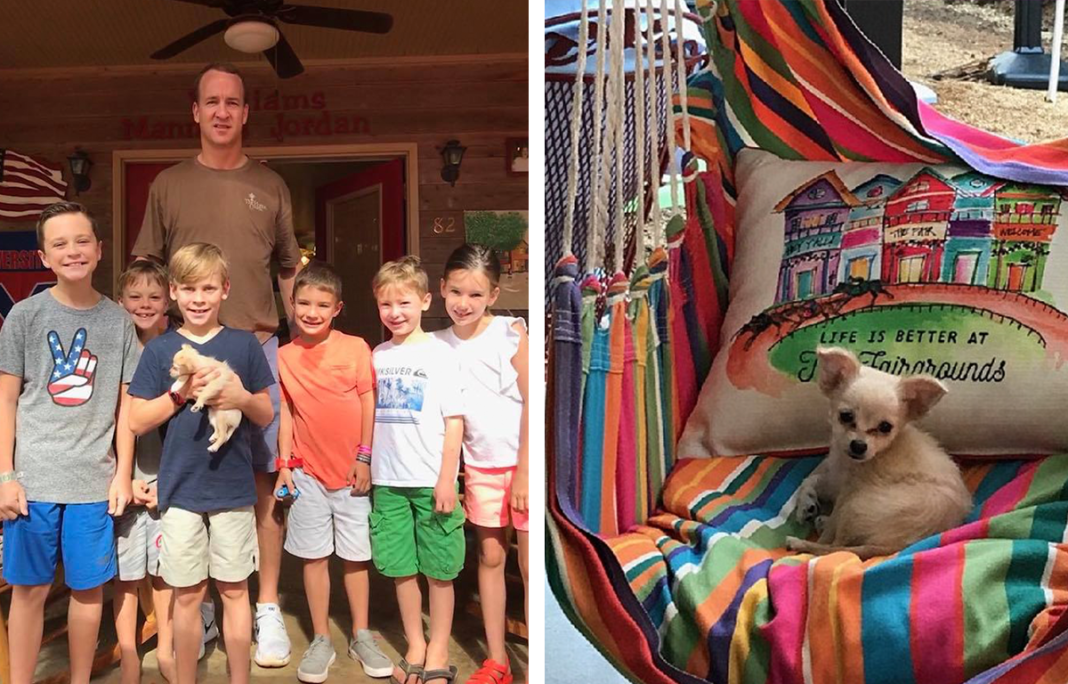 Animal Rescue Fund of Mississippi (ARF), a no-kill animal shelter in Jackson, shared the news that a celebrity and his family would make one of their rescued dogs a family member. Peyton Manning, the famous former football quarterback, was on vacation when the family encountered the little dog with her foster family. His wife and kids instantly fell in love with the 2-pound puppy and decided to adopt her on the spot.

This week whilst at the Neshoba County Fair on vacation, we rescued a tiny, two pound puppy, from one of the carnival workers. The puppy was being alternatively kept in a garbage bag or tied with a rope around her neck (too tight), covered in fleas and infected with intestinal parasites . We got her vetted by Dr. Hicks, cleaned up, fleas removed, fed quality food as opposed to who knows what all, and safe in foster with one of our board members. There she was loved and doted on by all, met many friends and neighbors, including Peyton Manning’s family. ADOPTED. She is now a Manning and will live large this superstar family. Adopted pets are the best! #spayandneuter #manning #dontshopadopt #gocolts #gobroncos #gopuppydogs #arfms #animalrescuefundofmississippi #neshobacountyfair #mississippi #dogsofinstagram #adopted #peytonmanning #rescuedog #followus #footballfans #rescuedogsofinstagram

She is literally a little bundle of “Sunshine.”

There is no word yet if there will be a new name, but Manning’s fans are suggesting “Omaha,” something the quarterback chanted during games, including when his team headed for the Super Bowl in 2014.

This is one lucky pooch! She was rescued from the Neshoba County Fair, where a carnival worker had been keeping her in a trash bag and tying her tightly around the neck. She had fleas and intestinal parasites. The puppy was being sold for $100. Fortunately, a woman bought her in order to save her. 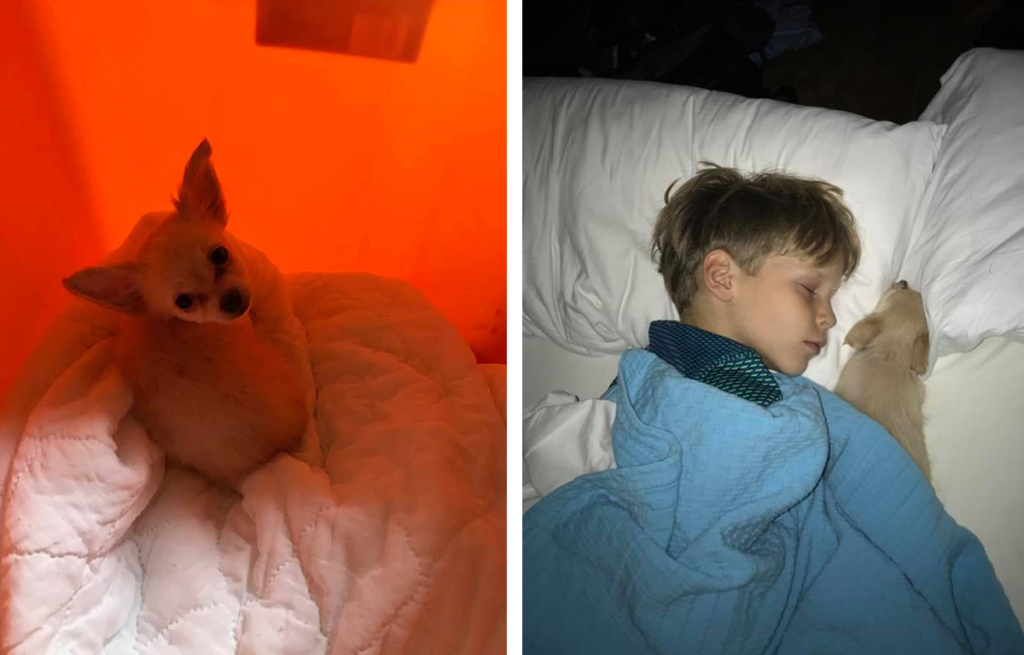 Sunshine before meeting her foster family and after via Facebook

After rescue, she was given veterinary care and placed in a foster home with one of the board members for ARF.

“There she was loved and doted on by all, met many friends and neighbors, including Peyton Manning’s family.”

The foster family was vacationing at the same place and time as the Manning family. Mosley and Marshall Manning, who are 7-year-old twins, couldn’t resist Sunshine’s charms.

You can see the kids below:

Now Sunshine will have a true chance to shine, living in the lap of luxury with the Mannings.

“Sunshine might not know it yet, but she has fallen into a ‘vat of butter’ becoming part of the Manning clan.”

The Animal Rescue Fund of Mississippi was started in 2005 to help dogs affected by Hurricane Katrina. A kennel run by the ARF is named after an artist from Greenwood, Mississippi who fought for animal rights, Miram Wilson Weems.

The ARF depends on donations to rescue and place more pets in loving homes, and sometimes in celebrity ones!

See more in the video from WBIR below: