Abused Dog Terrified Of Humans, But Watch What Happens When He Sits Down Beside Her… 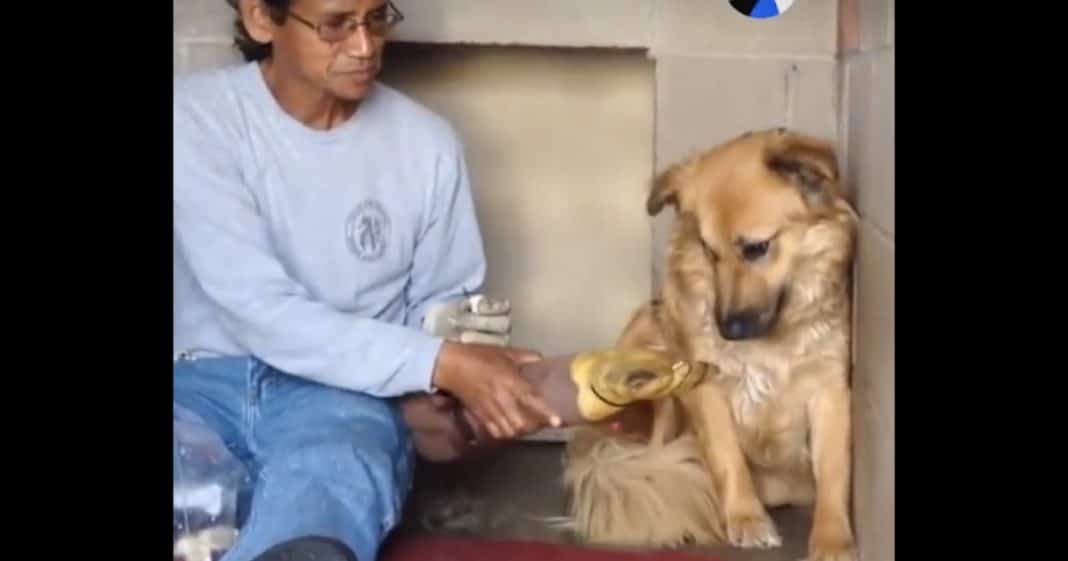 When we bring animals into our homes they give us their unconditional love and trust, and all they ask in return is that we treat them with kindness. But some people take advantage of an animal’s trust and treat them in unspeakable ways.

Such was the case with Sassy, a golden retriever/border collie mix.

When she was rescued by Coastal German Shepherd Rescue OC in California she was terrified of humans and afraid of anyone getting near her, let alone touching her. Her trust in humans had been completely shattered.

Her rescuers knew it wouldn’t be an easy task to help her learn to trust again, but they were determined.

Every day for six months, dog trainer Jeff Tesoro sat with Sassy, slowly getting closer to her and showing her that she could trust him and he would never hurt her.

Though the going was slow and difficult, Sassy did eventually start to come out of her shell, and when you see her today it’s hard to believe she is the same dog!

Now Sassy has a forever home with a family that loves her and she loves back. The dog who was once terrified to be near a human now loves to give her owners lots of kisses!

It just goes to show what a little love can do!

Were you amazed to see Sassy’s transformation? So share this!