98-Yr-Old Steals Country Star’s Stage, But What She Does Next Has Audience On Their Feet 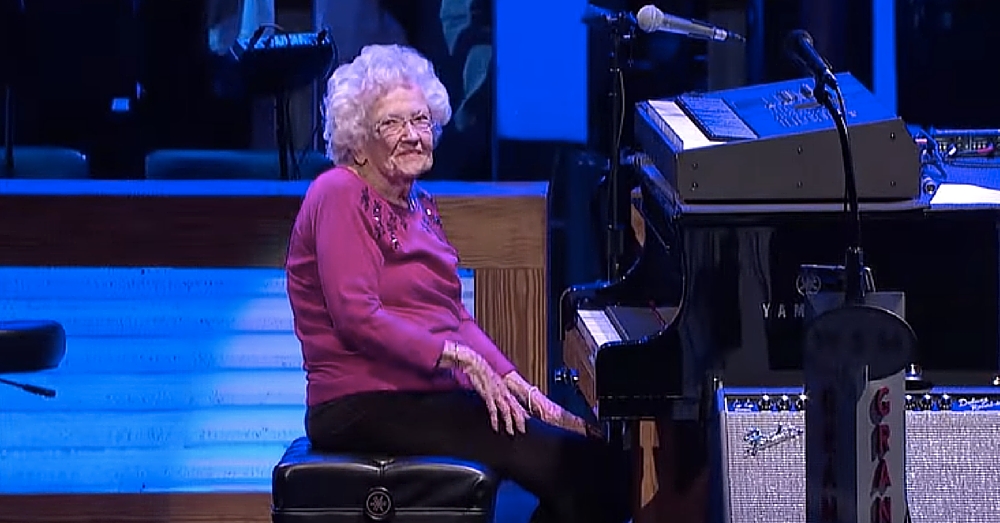 Country music star Josh Turner was performing at the Grand Ole Opry earlier this year when he brought an unexpected guest up on the stage with him – his 98-year-old grandmother-in-law Lois Cunningham.

The Opry stage has hosted a slew of country legends and stars over the years, and on this night another star was born.

“She’s gonna play when she’s ready,” Josh said as Lois took a seat at the piano, and it didn’t take her long to start tickling those ivories!

The soon-to-be centenarian played the classic hymn “How Great Thou Art,” and as soon as the audience heard the first few chords and recognized the song, they began to cheer.

It may have been Lois’ first time on the Opry stage, but she proved that she’s a born performer. As soon as she finished the song the audience was on their feet, whistling and applauding as Lois bowed, waved, and blew kisses.

The people in the audience may have come to hear Josh, but by the end of the night they could all agree that Lois had stolen the show!

Click on the video below to watch her moving performance for yourself!

Did you love seeing Lois steal the show with this hymn? So share this!