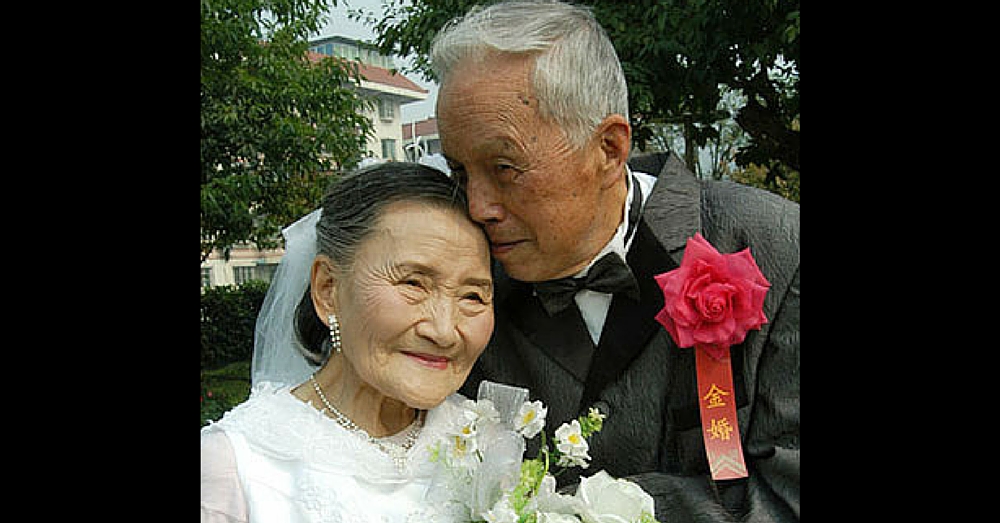 Every wedding anniversary is worthy of celebration, but a 70th anniversary is one that deserves something truly special. Chinese couple Deyi, 98, and Cao Yuehua, 97, were married in 1945 at Northern Hot Springs Park in Chongqing. They had four children who, this year, helped them to recreate the wedding photo from so long ago.

“My parents are 98 this year,” the couple’s youngest son, 60-year-old Cao Pangpei told CNN. “They have been together for so long, going through the war, the political turmoil and diseases, and can still stay with each other and love each other. We want to help them to commemorate their love.” 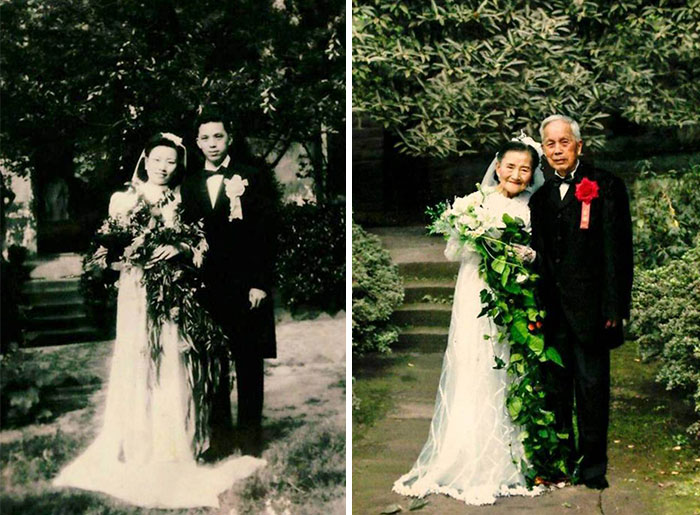 Cao Yuehua and Deyi got married in 1945 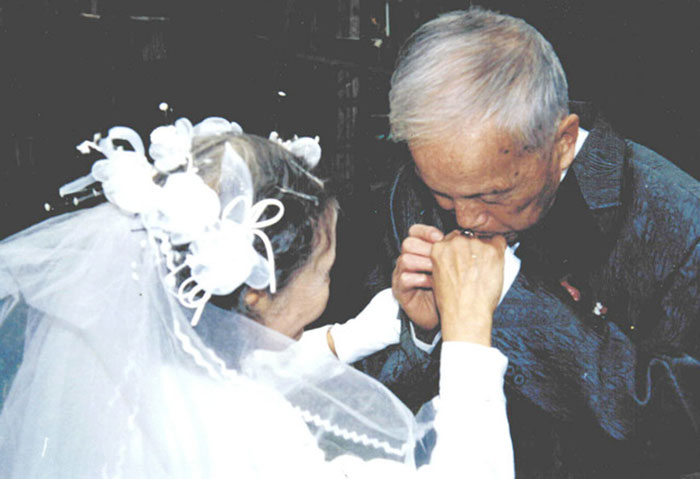 70 years later, they decided to recreate their wedding photos with the help of their 4 children 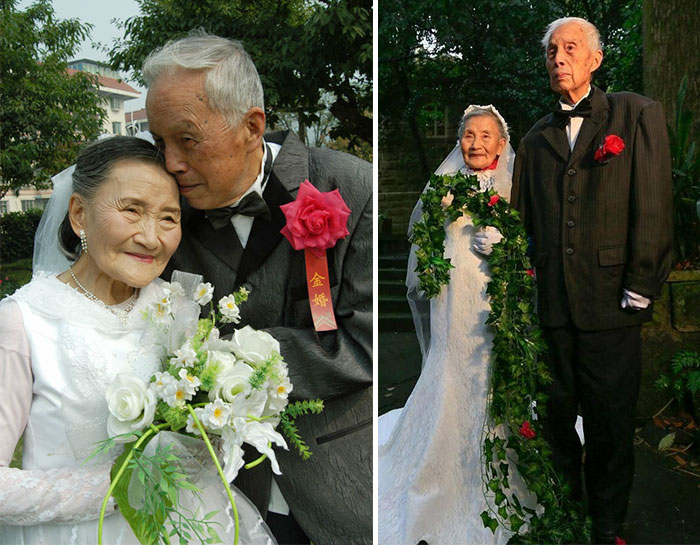 “They can barely remember many things in their life, but they can recite the love poems they wrote to each other during the wartime” 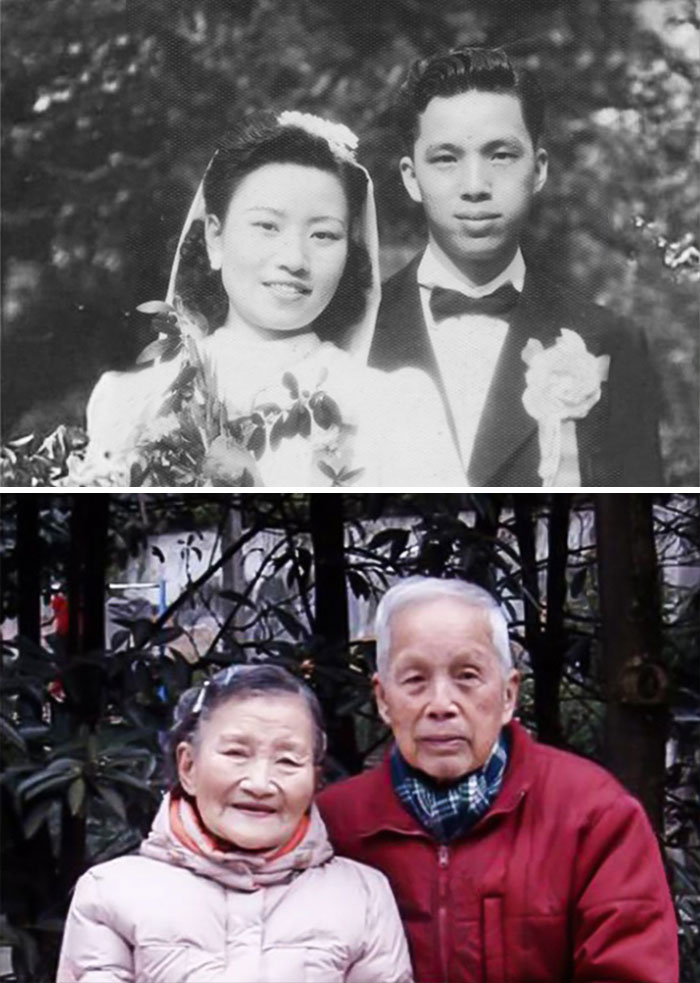 “They’ve lived through tough times [being separated during the war], but they never stopped loving each other”