95-Yr-Old Vet Calls Police With Strange Request. When They Arrive Their Hearts Break In Two 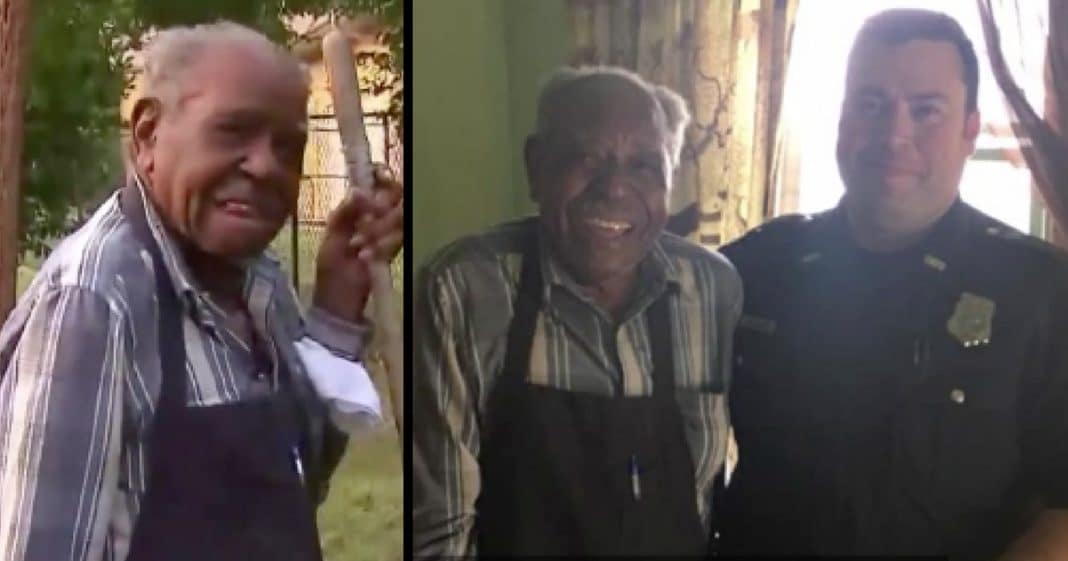 Anyone who has been to Texas in the summertime knows it gets HOT. It’s not even officially summer yet, but temperatures in Fort Worth have already topped 90 degrees, and the soaring temps have left many residents sweltering.

One of these residents is 95-year-old WWII veteran Julius Hatley. Usually, he has some AC to keep him cool, but both his central air and his window unit broke.

Even still, the hardworking veteran has continued to get out and do yard work. Then he sits on his porch in the shade to try to cool off.

Eventually, though, the heat got so bad he knew he couldn’t go on like that. Desperate, he called the Fort Worth Police Department to report his broken air conditioner.

“This wasn’t a regular 911 call,” Fort Worth Officer William Margolis said. “It was what you’d label ‘low priority’ because we’re not AC techs.”

The officers made a few other calls before going to Hatley’s house, but when they got there they found the elderly man drenched in sweat. As he explained his predicament their hearts broke.

Margolis couldn’t get the image of Hatley sweating in the heat out of his mind and he knew he needed to do something to help. He talked to his partner, Christopher Weir, and the two agreed to buy a new air conditioning unit for Hatley out of their own pockets.

They headed over to Home Depot and began to look at the units. When they asked some employees for help picking one out and explained the situation to them, the employees were so touched that they decided to pitch in some money to help!

“While there, Home Depot managers and employees decided to contribute $150 of their own money to help with the cause,” Weir’s wife, Jennifer, wrote on Facebook. “This is what being an officer is about.”

With the help of another co-worker, Officer Steven Rebrovich, Margolis and Weir installed the new air conditioning unit in Hatley’s home later that day.

Hatley couldn’t stop smiling, and he even posed for a few pictures with the officers.

“He was actually really excited,” Margolis said. “He said he knew if he needed help to call 911 and we actually were able to help him, so he was really excited about it.”

The officers then decided to take things a step further and see if they could get someone to work on Hatley’s central air. When one company heard their story, they offered to do the work for free!

And the officers still weren’t done! Now they are working on repainting Hatley’s house and replacing his windows, and they are bringing him groceries every week. Margolis said he plans to make it a point to check on Hatley from time to time.

Were you touched by what these officers did for this veteran? So share this!