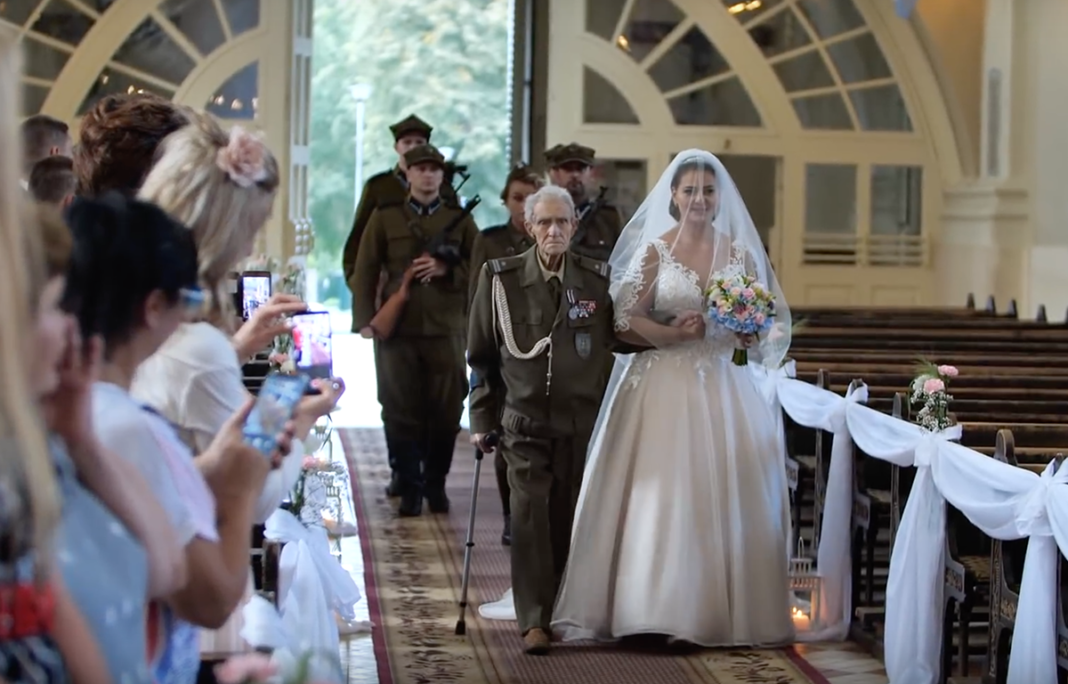 A World War II hero, Major Bronislaw ‘Grom’ Karwowski, turned 94 in March. As his final act of bravery, he gave away his granddaughter Joanna at her wedding. He ignored his health concerns to walk her down the aisle to a waiting groom overcome with emotion and gratitude.

Two days later, Karwowski passed away, receiving a flood of tributes as a national hero of Poland.

He had miraculously survived capture by the Nazis as a prisoner of war, and imprisonment as part of one of the largest resistance forces of the war. Now, in his fading health, he summoned his fortitude and determination to walk down the aisle in his military gear covered in medals he received for his bravery.

He put his granddaughter first on her special day. 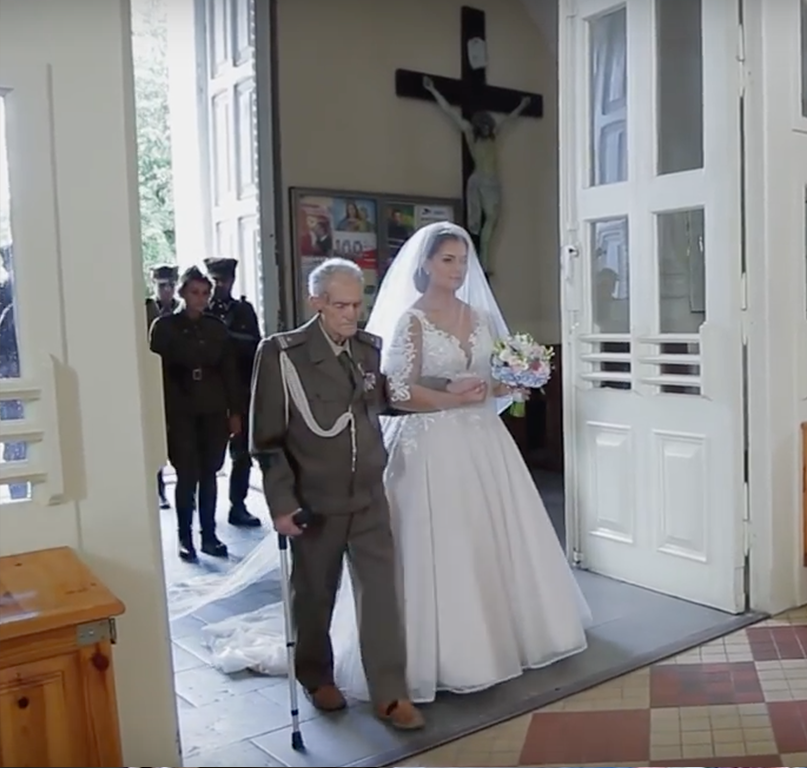 He and the bride entered the beautiful cathedral in Bialystok, accompanied by the Armed Forces. There was hardly a dry eye in the place, as the assembly watched a beaming Joanna hold her grandfather’s hand tightly with pride.

The groom was overcome with emotion as they approached, wiping away tears. When Karwowski reached the front of the church, the groom shook his hand and gave him a kiss on each cheek in thanks for bringing his beautiful bride to him. 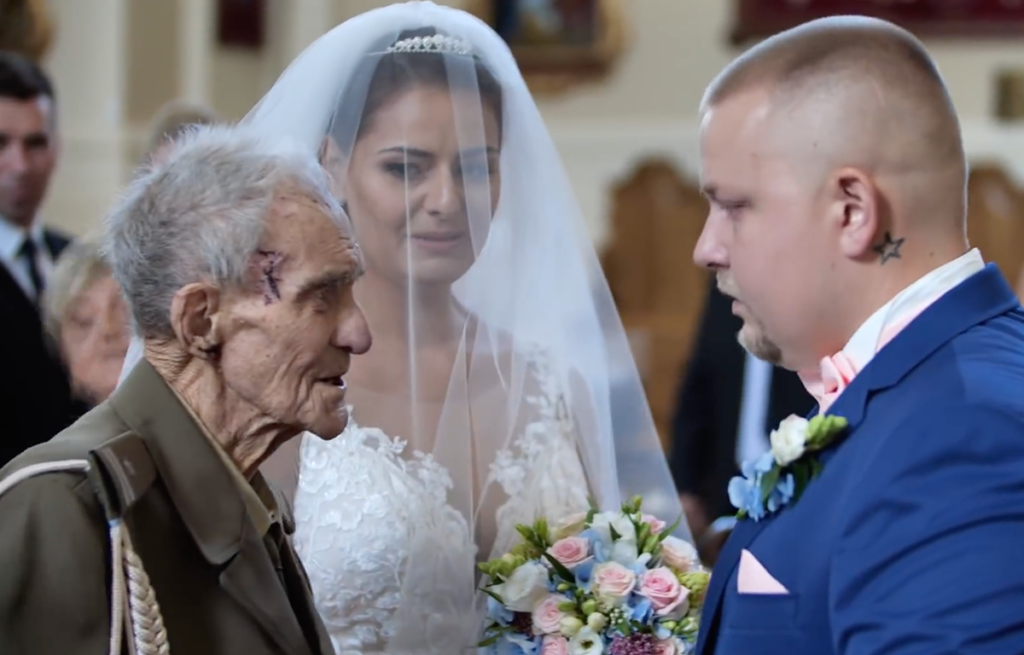 See the touching ceremony below:

Karwowski was one of the last surviving Warsaw Insurgents, who fought in the Warsaw Uprising, led by the Polish underground resistance. They bravely fought to try to liberate Warsaw from German occupation in 1944. It was one of the largest resistance military efforts in Europe during the war. 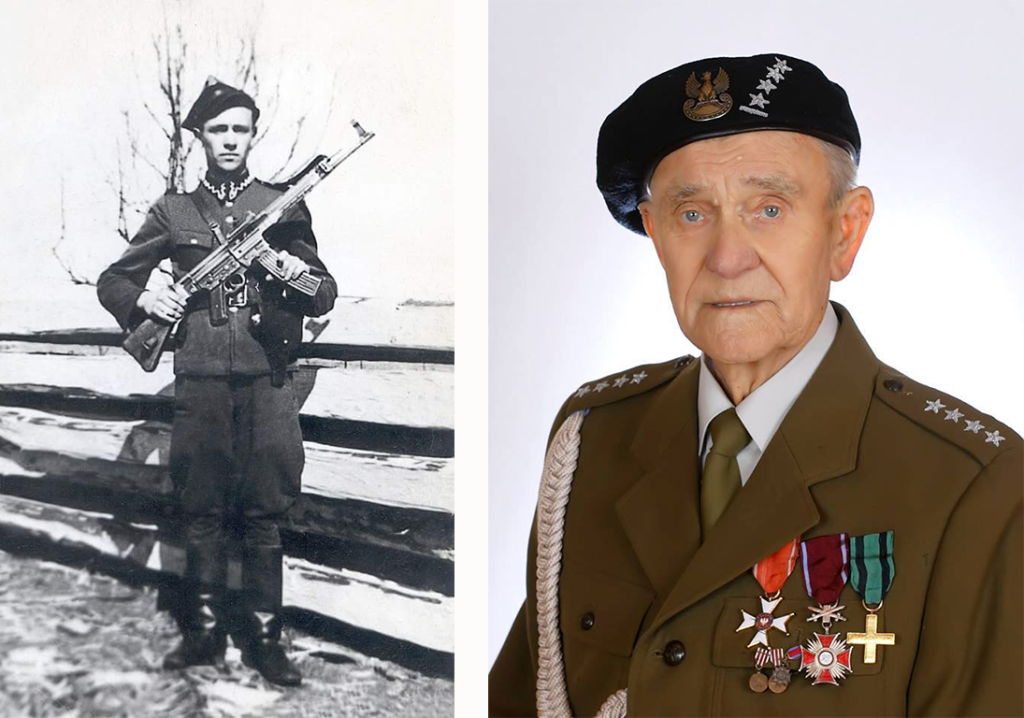 Hundreds of thousands of people died or were deported to German concentration camps and Warsaw was destroyed almost completely as the resistance bravely tried to fight off the Nazi forces on their own.

Karwowski was captured and somehow managed to escape the Gestapo’s headquarters in Lomza, in north-eastern Poland.

During a period of communism that followed in 1948, he was arrested and sentenced to ten years in prison. He survived torture and was finally released in 1953.

He was later awarded many honors such as the Knight’s Cross of the Order of the Rebirth of Poland for all that he did to fight for the freedom of his country.

Upon his passing, there were many tributes to the hero on social media.

“Today, on September 1, 2018, Maj. Bronisław Karwowski aka “Grom” departed to eternal rank – a long-time member of the Supreme Council of the NSZ Soldiers’ Union, an officer of the Second Conspiracy of NSZ-NZW.

In March ’47 he was promoted to the rank of second lieutenant. He was arrested in ’48, tortured and imprisoned until 1953.”