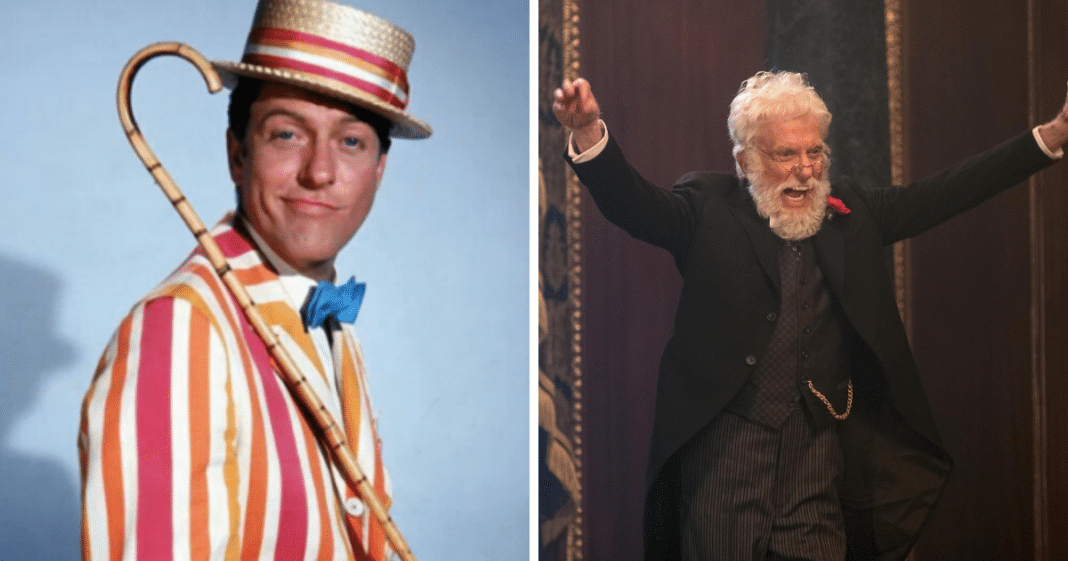 Mary Poppins is returning to the big screen with an all-new original musical and sequel: Mary Poppins Returns.

This is exciting enough, but that’s not even the best part. Mary Poppins returning is amazing by itself but the best news is that 92-year-old Dick Van Dyke will return with the show, 54 years after he starred in the original Mary Poppins.

The irony of it is that he had to actually pay Walt Disney to convince him to cast him in both roles in the 1964 film. From Hollywood Reporter.

In the original film, Van Dyke is recognized for playing the chimney sweeper Bert, but the actor revealed that he had to financially persuade Disney to allow him to portray the film’s banker, Mr. Dawes Sr., as well. “I said, ‘I’ll do it for nothing.’ Actually, I had to give him $4,000 dollars. I had to pay him to do the part,” the actor explained of his persuasion to Disney, also explaining that Disney wouldn’t give him the part of the banker despite Van Dyke asking for it. After Miranda further pressed on whether Van Dyke ultimately paid Disney to play the banker, Van Dyke quipped, “And I’d do it again.”

Here he is playing the banker in the original.

His co-stars in the new production, Lin-Manuel Miranda and Emily Blunt, were astonished at his energy, and even a little bit star-struck. Miranda told People Magazine:

“You spend five minutes with Dick Van Dyke and you are more alive than you were before. You feel like you’re not doing enough in your life.”

Fans were shocked when the trailer came out earlier this year, showing him dancing much as he did when the original 1964 movie came out more than 50 years ago. Miranda and Blunt agree.

“He has more energy at 91 than I ever have in my life, and I’m not an unenergetic person,” Miranda says. “It was such a joy to have him there.”

“The energy and the spirit behind the eyes is extraordinary,” Blunt adds.

Watch this scene of Van Dyke with co-star Julie Andrews singing what is arguably the most famous song from the original musical. Just check out those dance moves.

Watch this video, where he shares his reaction to hearing that Mary Poppins was making a return.

“I got excited, of course, that there was going to be one, and, of course, my first question was: ‘Can I be in it?’ “

We can only hope that we all have this kind of energy and agility when we’re Dick Van Dyke’s age. He is truly an icon and a national treasure. Welcome back, Mr. Van Dyke.