9-year-old with Down syndrome covers Whitney Houston classic, goes viral as soon as he opens his mouth 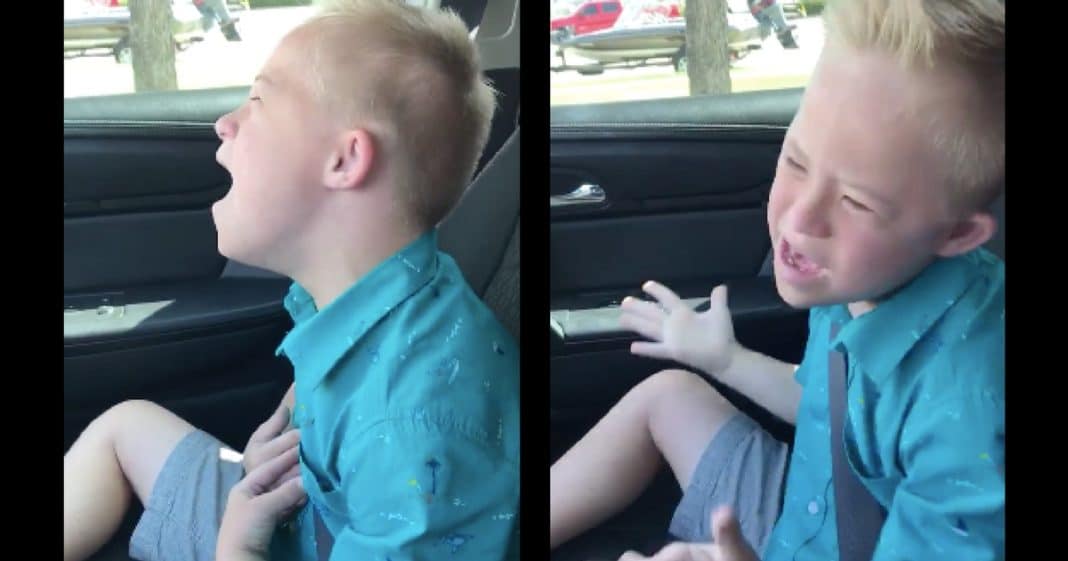 Whitney Houston’s life was tragically cut short five years ago at the age of 48, but she left an indelible mark on the world through her music. Her powerful voice and incredible range have been looked at by many as the paragon of vocal talent.

While it’s not easy to emulate Houston’s voice, we have seen some pretty impressive performances by those who got close – like 12-year-old Maia Gough – but I don’t think anyone has captured our hearts while doing so quite like Dane Miller.

The 9-year-old from Prosper, Texas, has Down syndrome, but he doesn’t let that get in the way of his passions, one of which is music.

“He’s been musical since around two years’ old,” said Dane’s mom, Danna Miller. “He’s been playing the drums. He sings. He loves music. He puts his whole heart into everything he does.”

“He is just very vibrant,” Dane’s aunt, Jeanne Miller, added. “He’s very high-functioning so if he hears music, it’s just something that sticks with him.”

Jeanne posted a video of Dane singing Houston’s 1993 hit “I Have Nothing” during a recent family car ride, and the young boy’s passion and joy have quickly captured the hearts of millions. In fact, in less than a week the video has already garnered over 19 million views!

“He’s very proud [of the video],” Jeanne said. “He just smiles and giggles.”

Danna said she didn’t know Dane had Down syndrome before he was born, but added that it would not have mattered if she did. “He has been probably the biggest blessing of our lives,” she said. “He is just so loving and joyful. He is what’s good about this world.”

She said this video is “just a little taste of what we experience everyday.”

Since the video has gone viral, messages of love and support have been pouring in for Dane from people all over the world.

“His pure joy and beauty brings tears to my eyes,” said Victoria Latenser. “Thank you God for giving this beautiful soul to this world. He’s a brilliant ray of sunshine. I look forward to seeing more from this precious human being. And thank you Dane for changing the way others see those born with something extra.”

Greta White agreed. “What removes barriers and give pure emotion and strength?” she asked. “This young man and music.”

Did you love watching Dane belt out this Whitney Houston classic as much as we did? So share this!