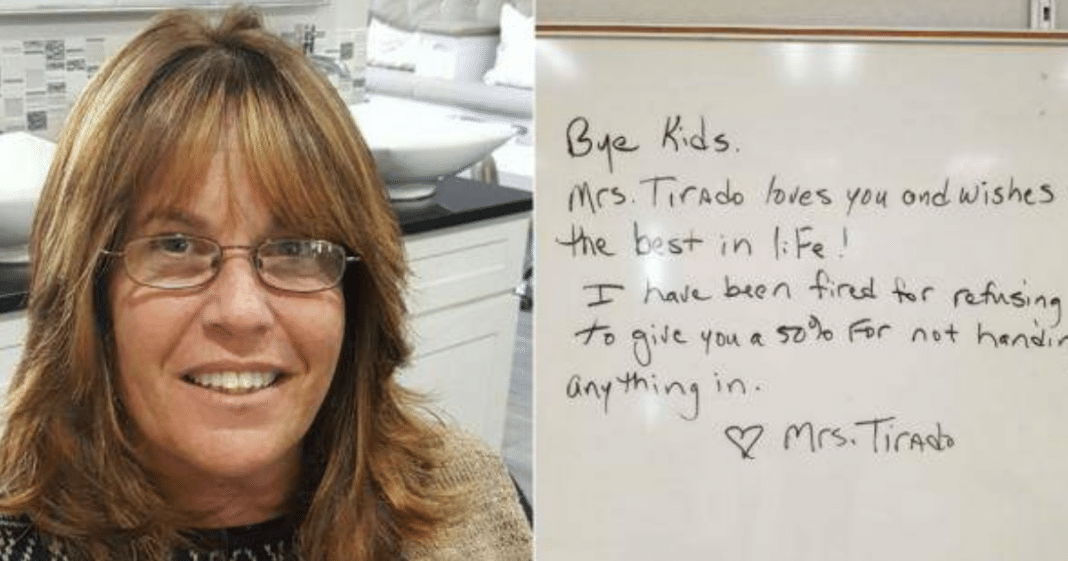 Many changes in education have happened in the last few decades. Students have been given more rights in a lot of areas where they were needed before. Teacher requirements have become more stringent, and although many in the education field debate the need for these stringent requirements, overall, most agree that tougher requirements make for a better education system.

But sometimes, the pressure put on teachers goes too far, and the mistakes of students and their parents are handled unjustly. Sometimes it even happens that school districts put undue stress on teachers, and even make official rules that don’t really make sense. 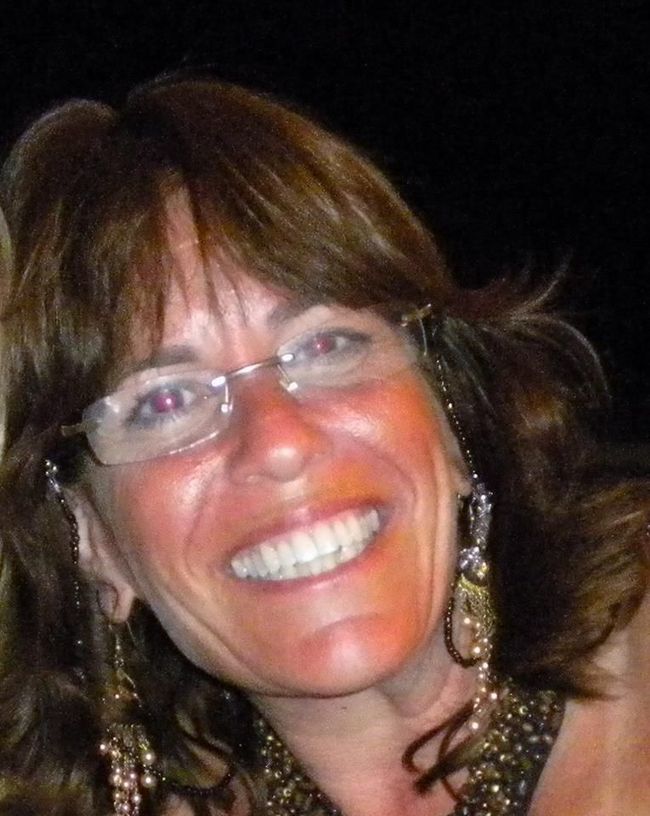 Diane Tirado, an eighth-grade social studies teacher in Florida, was recently fired for bucking such a rule. West Gate K-8 School in Port St. Lucie, Florida has a “No Zero” rule that states that teachers aren’t allowed to give a grade below 50, according to KSAT12.

She explained that the first assignment for the semester involved students keeping a journal for two weeks. Her intent with this assignment was to have the kids follow a practice that was used by 15th-century explorers.

Not surprisingly, some parents began to complain that the assignment was too time-intensive.

“I got called down to the principal’s office because parents were not happy with me,” Tirado said. “It was ruining my life for weeks.”

Good morning! I am reading all the posts you have written and reflecting upon them. The reason I took on this fight was because it was ridiculous. Teaching should not be this hard. Teachers teach content, children do the assignments to the best of their ability and teachers grade that work based on a grading scale that has been around a very long time. Teachers also provide numerous attempts to get the work collected so they can give a child a grade. By nature, most teachers are loving souls who want to see students succeed. We do above and beyond actual teaching to give them the support they need. Are we perfect? NO. We make mistakes like all other human beings, but I know teachers work their butts off to help children to be the best people they can be!!!

Tirado says she didn’t know about the “No Zero” policy until she was told about it during a visit to the principal’s office. However, when the kids didn’t turn in their work, she ignored the rule and gave them zeroes.

“I loudly bucked the system,” she said. “I refused to do their policy. I guess you would call that defiance.”

“I’m used to kids not handing in work… but then chasing them until the report cards are in to make sure they make it up,” with extra credit, she said. “But I don’t give a grade for nothing.”

On September 14th, she was fired. She had only been working at the school for two months. The letter from the principal didn’t mention a specific reason for firing Tirado because her firing fell into a probationary period. But Tirado says she knows why she was fired.

On her last day, she left this note on the whiteboard in her classroom.

“I have been fired for refusing to give you a 50% for not handing anything in,” she added. 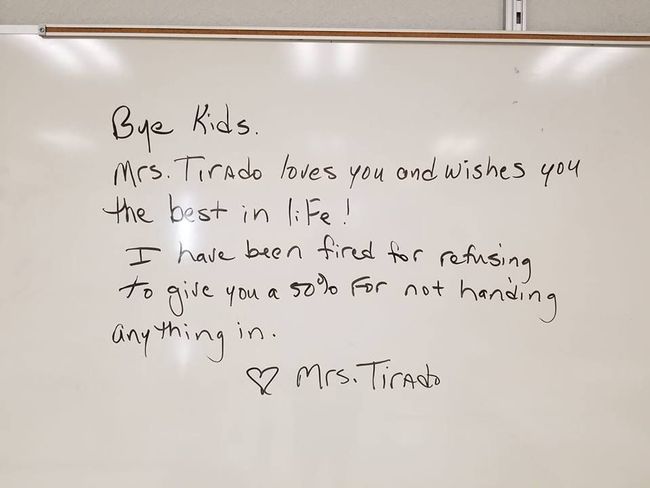 “It’s absurd to give someone something for nothing and to do that is creating a future that is pretty darn bleak,” she said.

“We’re creating monsters out of our children,” she added. “We give them too much.. people that experience that kind of childhood then that’s what you want, you’re entitled for the rest of your life.”

Here’s the kicker: the school is lying about its policy. School spokesman Kerry Padrick released this statement.

“There is no district or individual school policy prohibiting teachers from recording a grade of zero for work not turned in,” the spokesman said.

However, here it is, in bold red ink, in the school’s handbook.

The school’s handbook is on Scribd if you’d like to see the rule for yourself.

“Diane Tirado was employed as a teacher for St. Lucie Public Schools (SLPS) from July 30, 2018 to September 14, 2018.  She was contracted as a teacher on probationary status, and was terminated shortly after one month of classroom instruction.

SLPS values the importance of maintaining a high-quality teaching staff who support students’ individualized learning needs; who understand the value of forming appropriate and positive relationships with students, colleagues, and parents; and who provide accurate and productive feedback to students on assignments. Wavering on the expectations of quality is not an option.

There is no District or individual school policy prohibiting teachers from recording a grade of zero for work not turned in. The District’s Uniform Grading System utilizes letter grades A-F, numerical grades 100-0 and grade point averages from 4-0.”

The spokesman clarified that “some classroom teachers and school faculties” discussed the best range of points and decided that an F would equal a 50-59, which of course, is true in most school districts, and has been for decades. But should kids get 50 points for not turning in work, or is the school protecting itself by not allowing zeroes? Was the spokesman simply misinformed, or did he lie?

The school has also released this statement.

Ms. Tirado was released from her duties as an instructor because her performance was deemed sub-standard and her interactions with students, staff, and parents lacked professionalism and created a toxic culture on the school’s campus. During her brief time of employment at West Gate, the school fielded numerous student and parent complaints as well as concerns from colleagues. Based on new information shared with school administrators, and investigation of possible physical abuse is underway.

Whoa. Physical abuse? We’ll watch this to see what comes out.

Let us know your opinion in the comments.