89-Yr-Old Gets Evicted. As She Leaves Neighbor Hands Her Something That Leaves Her Speechless 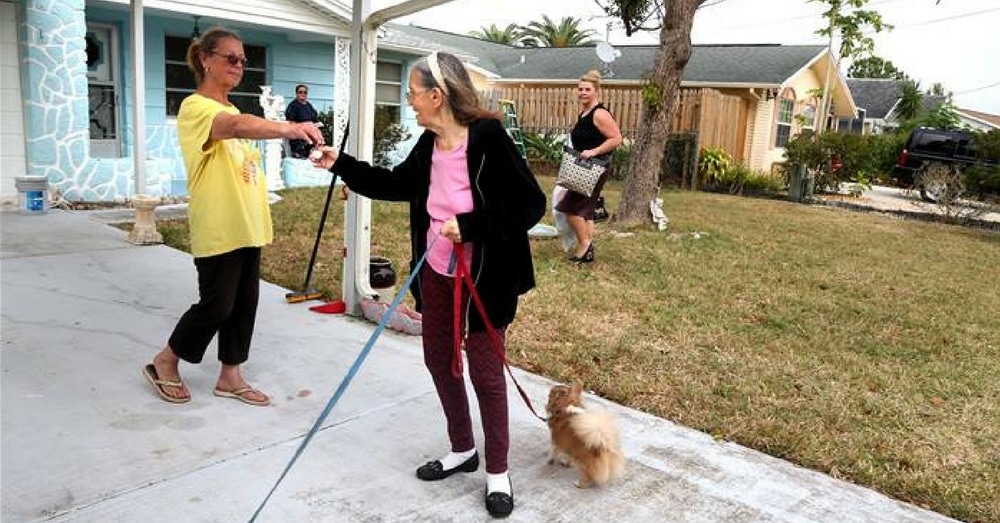 Angie Tyma has lived in the same house in Hudson, Florida, for the past 35 years. The feisty 89-year-old has become a staple of the neighborhood – everyone knows her and loves her.

That is why it was such a shock to see her get thrown out of her house and all of her belongings forcibly removed.

It turned out Angie had sold the house several years ago. The person she sold it to lives in Europe and Angie has been paying rent to stay in the house.

Unbeknownst to her, though, the person had stopped paying the mortgage and the house had gone into foreclosure.

Angie finally received an eviction notice, but she didn’t think she would get tossed onto the streets.

When her neighbors saw all of her belongings being taken out of the house, they rushed to see what they could do to help. But it was one neighbor in particular – Danielle Calder – who made an incredible move that would change Angie’s life forever.

When Danielle saw that Angie was being evicted, she called the company that had purchased the house at an auction and bought it from them for $167,500. Then she told Angie she could move back in.

“Quite honestly, I didn’t need another house,” Danielle said. “But I needed her. I couldn’t see her living in a motel room… she’s been here so long. Everyone looks out for her.”

Danielle calls Angie the “fabric of the neighborhood.” She just couldn’t imagine life without her.

“Everybody knows Angie,” she said. “She has two little dogs that she walks. She’s an elderly woman, but she’s pretty feisty, and she has lots of energy.”

Last Tuesday, on her 89th birthday, Angie finally got to move back into her house. It was the best birthday present she could have imagined!

“Usually one of my neighbors bakes me a cake every year,” she said, “but this time, when I got out of the car, and saw all these people, and the media… I was in a state of shock. I was speechless. I couldn’t even talk.”

Unfortunately, when Angie was being forced out of her house, many of her things were broken, but she’s putting the pieces back together – not just of her belongings, but of her life. She will be forever grateful for Danielle’s incredible act of kindness.

As for her new landlord, Danielle says she had to buy the house back.

“It was the right thing to do,” she said. “We’re family — the whole neighborhood.”

Were you touched by what Danielle did for Angie? So share this!