88-Yr-Old Man Finally Graduates From College. What He Says After Will Melt Your Heart 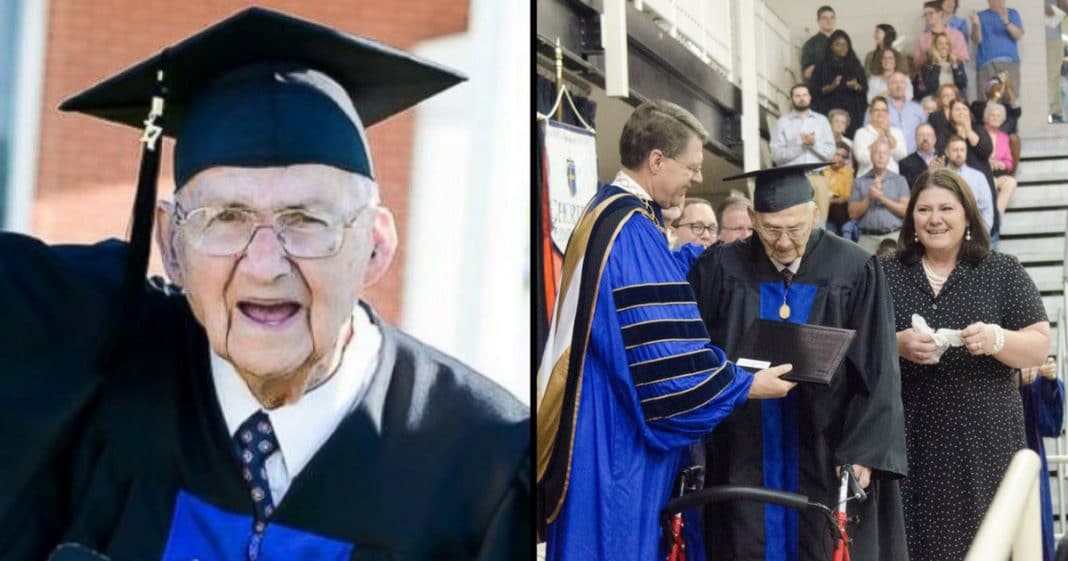 The 88-year-old, along with his tutor Amanda Brannock, walked across the stage to accept his diploma at Shorter University.

Sheffield went to Shorter University from 1960 to 1965, but he quit before graduating to help educate his daughters.

“I dropped out with 115 hours,” he recalled. “At that time a piece of paper on a wall didn’t mean that much to me. I had my education and my brain and my heart, and I put them all to good use. But 60 years later I wanted that degree.” 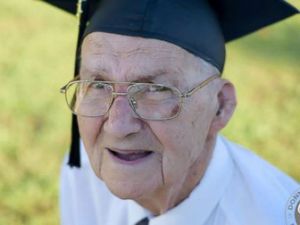 Horace Sheffield, 88, of Barnesville, Georgia, graduated from Shorter University with his Bachelors of Science in Christian Studies. (Donna Flournoy Photography)

The determined senior earned his Bachelor of Science in Christian studies through online courses after reading an article in a magazine that seniors could attend college for free.

“I’m retired and living on fixed income, and I did not think I could go to college and pay tuition,” said Sheffield. “But when I saw this article that senior citizens could go to college for free, Shorter accepted me at no tuition. I paid a $200 graduation fee and that’s all I paid. I walked with a walker.”

He credits Brannock, who “walked beside me to make sure I didn’t trip over wires or something,” for being the only reason he was able pull off this accomplishment.

“She wrote out my assignments and told me what to do and she expected me to do it,” he said. “She expected me to make straight As and I did it. I wrote two papers a week and then had the test. I wrote it in long-hand and she typed it all up and put it into the computer. Without her I would not have this diploma today.” 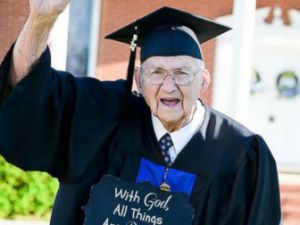 Horace Sheffield of Barnesville, Georgia, graduated from Shorter University with his Bachelor of Science in Christian studies. (Donna Flournoy Photography)

Brannock, who knew Sheffield from church, called him “a sweetheart.” She took her own computer and printer to his house for him to use for classwork.

“I’m relieved because it was a lot of work,” she explained of his course load. “I lived with Horace more than I lived with my own family the last two years. We’ve kept each other going. He’s inspired me to keep going and I hope I inspired him to keep going. Graduation was one of the happiest days of my life. I cried like a baby. It was one of the most precious moments and I couldn’t have been more proud even if it was my own degree.”

Brannock does not have a degree yet herself, but Sheffield said the second she earns one he’ll be walking across the stage with her too.

Read more about this inspiring man on Yahoo! News.