86-Yr-Old Collects Trash To Help Kids’ Home. When I Saw How Much He Made…Holy Moly! 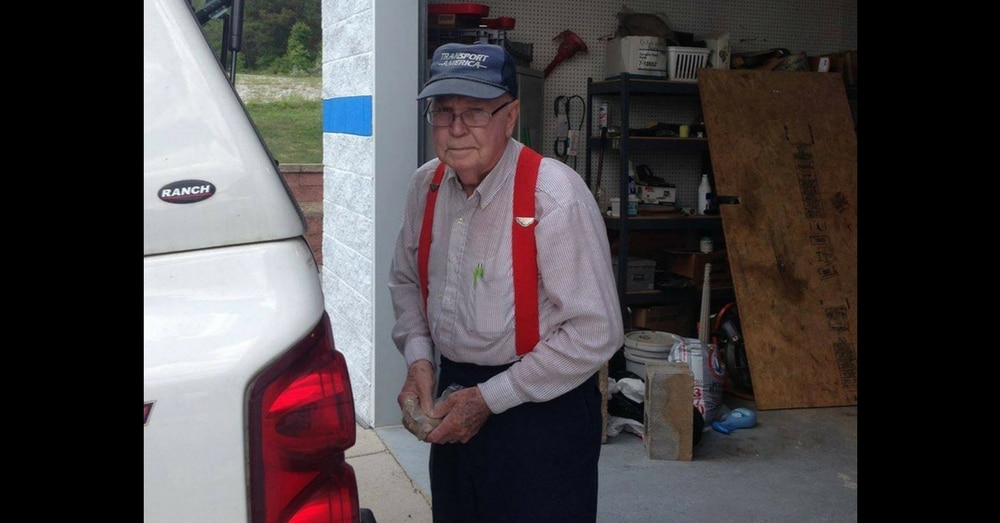 This quote has been attributed to many famous people over the years – William Shakespeare, Pablo Picasso – but in the end it doesn’t matter who said it, only who actually lives it.

Johnny Jennings is a man who truly lives it. The 86-year-old says it is his favorite quote, and he has let it shape him into the incredible man he is today.

Mr. Jennings has been collecting recycling in his area for over 30 years. Since 1985, every week day, he has driven around town picking up paper from local churches and businesses and taking it to the Chattanooga Recycling Center. Then he goes home, loads up his truck again with all the recyclables people have left at his house, and makes another trip to the recycling center. In the process he has worn out three trucks and “countless sets of tires.”

But why does he do this? That is the most incredible part – Jennings takes all of the money he earns from recycling and gives it to the Georgia Baptist Home for Children!

Now, just how much money can one person make by picking up recycling?

Despite the fact that Jennings had two mini strokes recently, he hasn’t let that stop him from doing his daily pick ups and drop offs. What is even more incredible is that he usually loads his truck all by himself!

Jennings’ actions are the definition of selfless, and the kind-hearted man has no plans of stopping any time soon. In fact, he said he won’t stop until the “undertaker turns his toes up!”

The world could definitely use more people like Mr. Jennings. As a friend of his wrote, “He is the last of a dying breed. Our generation and the ones to follow could learn a lot from Mr. Jennings.”

Hopefully others will see Mr. Jennings’ actions and take up the mantle to carry on!

Were you touched by what Mr. Jennings has been doing for this children’s home? So share this!