83-Yr-Old Walks Miles Every Day To Mow Lawns. What This Couple Does Next Leaves Him In Tears 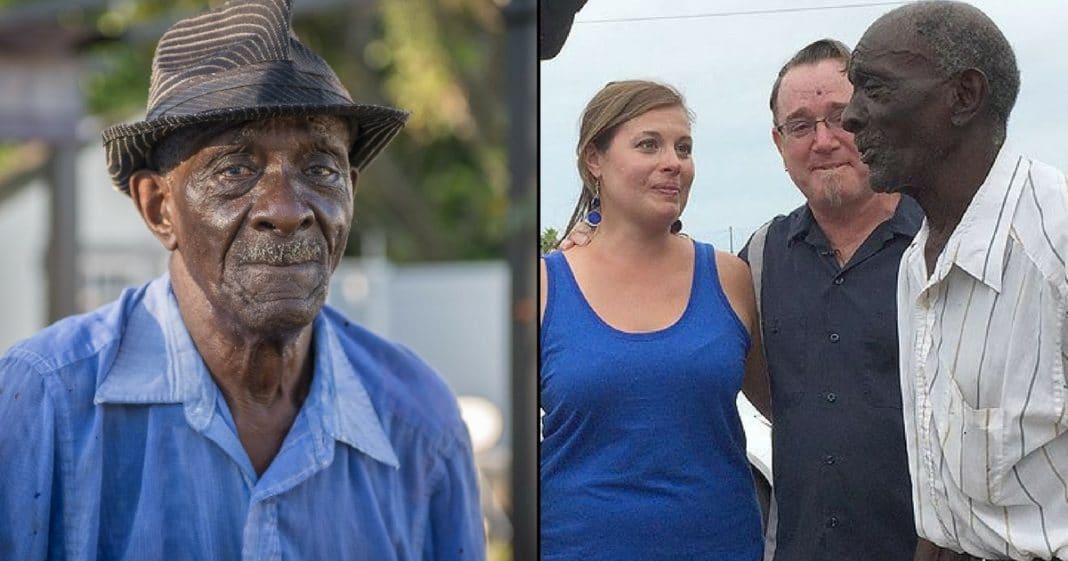 John Joyce isn’t one to sit back and complain or wait for people to help him when times get tough. At 83 years old, he still gets out and mows lawns in his town of Pinellas Park, Florida, to help supplement his fixed income.

Even when his truck broke down he didn’t let that stop him. He walked – sometimes several miles – with his lawn mower to the different houses to make sure the job got done.

Robert Norton has known John for over eight years. They met when Robert saw him mowing a neighbor’s lawn and asked how much he charged. When Robert returned home later that day, his lawn was cut.

“For 8 years John has been cutting our grass and he only asks for $20. We always give him more,” Robert said.

He noted that John will sometimes ask for $5 for gas when it’s getting near the end of the month and his money is running low, but other than that he has never asked for anything.

“The only time we don’t see John is if he is sick or is in the hospital,” Robert said.

When Robert saw John walking all the way to his house to mow his lawn, his heart broke for the elderly man and he wanted to help.

Robert had been going through a tumultuous time in his own life. His mom had passed away just a few days before his wedding, which had been one week earlier. Despite his own grief, though, Robert knew he needed to do something to help his friend.

“People’s needs don’t arise when it’s convenient for you, they arise when they have needs,” he said. “John’s needs didn’t come at a convenient time, but we needed to help him. I didn’t want him to have to wait.”

Robert and his new wife, Nikki, set up a GoFundMe page to raise some money to buy John a used truck.

“Please help us raise some money to get him an older model work truck so he can continue to do what he loves,” they wrote.

The Nortons were stunned. The day after their honeymoon they made the arrangements for John to get his new truck. One day later they handed him the keys to a 2004 Nissan truck. 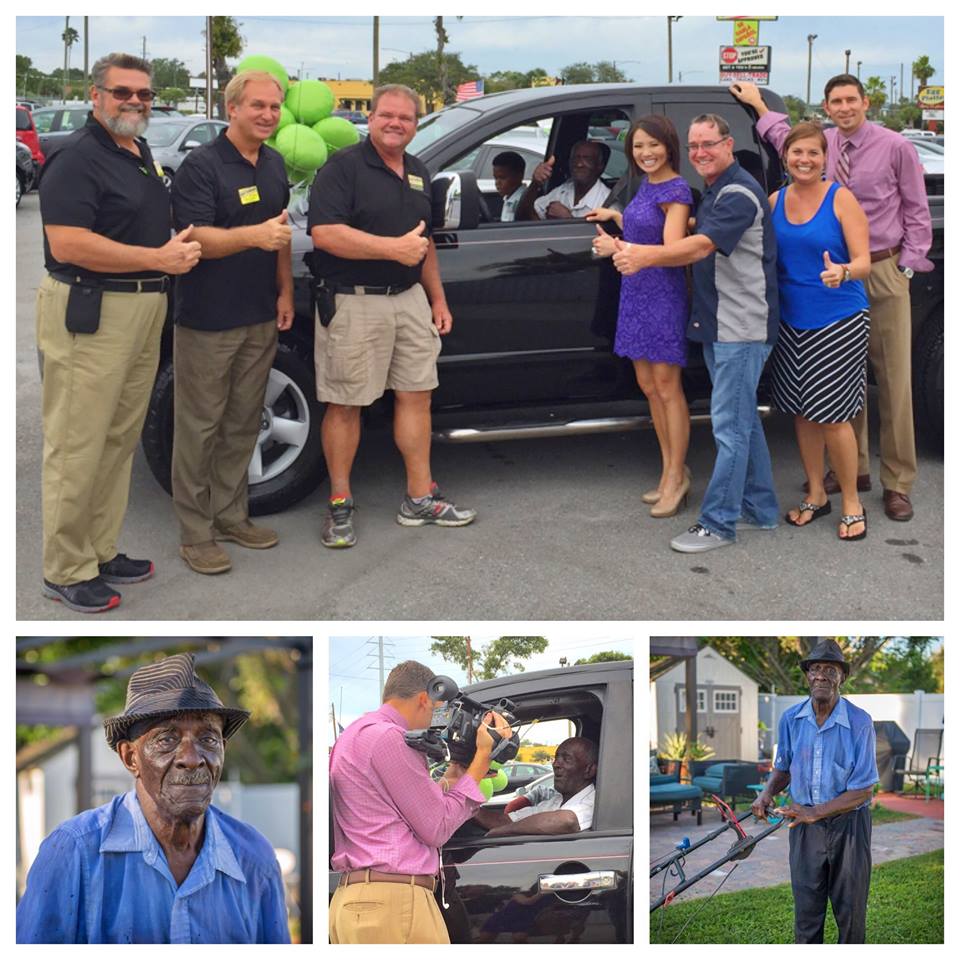 “He was amazed too,” Robert said, “he couldn’t believe it. He looked like he was ready to start crying, and then I started crying.”

The car dealer sold them the truck at cost, meaning they had money left over to pay for the insurance and plates and to get John a Home Depot gift certificate for a new lawnmower.

“It was wonderful, really wonderful,” John said in disbelief.

Robert knew they had blessed John, but said he was also blessed through the act of kindness.

“It was super exhilarating to do a good thing for such a good man,” he said. “I’m at a loss of words. I’ve been through a whirlwind of ups and downs the last few weeks and it’s nice to culminate on a feel good moment.”

As for John, he didn’t waste a second. He drove off the car dealership lot with plans to get right to work.

“I think it’s wonderful,” he said. “There couldn’t be anything better.”

Were you touched by what Robert did for John? So share this!