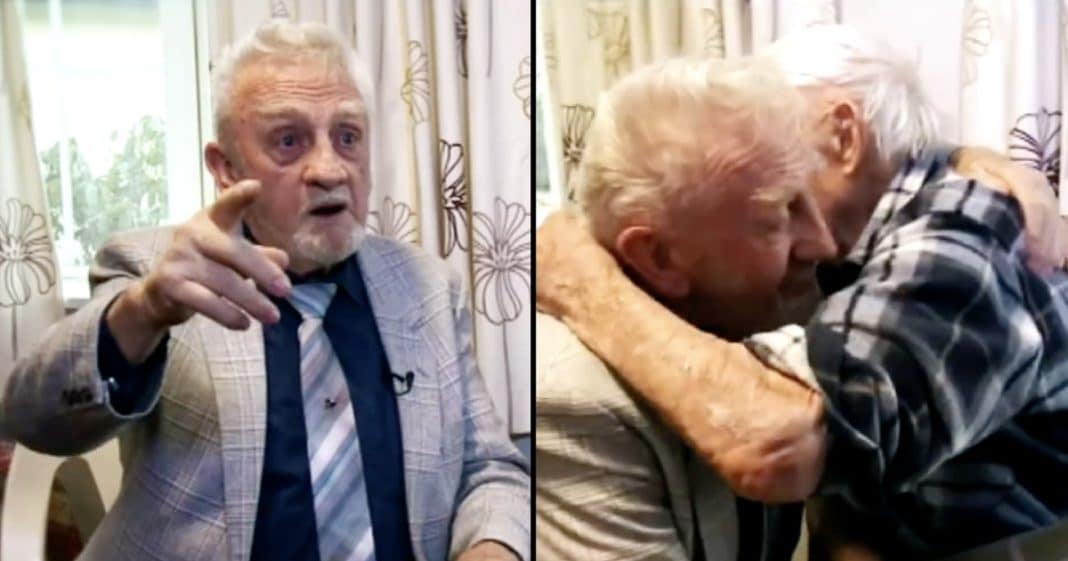 A span of 35 years is a long time, an amount of time that allows a person to let go of passed loved ones and accept the reality that they aren’t coming back to earth.

Grieving family members can cherish the memories made, but they always think of their dearly departed in the past tense when thinking about the life they shared on earth, not the present.

Imagine the shock you’d feel if you saw a family member you believed to be deceased on television 35 years since you last saw him. This is exactly what happened to Joe Oakes. He was watching a New Zealand television program about centenarians when all of a sudden a familiar name flashed across the screen.

Joe pointed to the TV and shouted, “That’s my brother!”

A joyful reunion soon followed. Ben tells his side of the story:

“All these years I had thought that perhaps [Joe] had passed on. Everybody in my family seemed to have gone. I appeared to be more or less on my own.”

Years of living abroad – and Ben fighting in World War II – separated the brothers. Now they are both committed to making sure that doesn’t happen again.

“Meeting him was living again,” Ben said as he touched his brother on the shoulder. Younger brother Joe agreed as he tried to hold back tears. “He’s the one who taught me how to lift weights, how to fight, and how to live,” he said.

“I had great belief in my family when I was a kiddy and I still have that belief back again. There’s something in life.” Ben said.

“Yes, there is,” Joe agreed, “and it’s started in the direction of something we can continue on.”

Were you happy to see these long-lost brothers reunited after all this time? So share this!