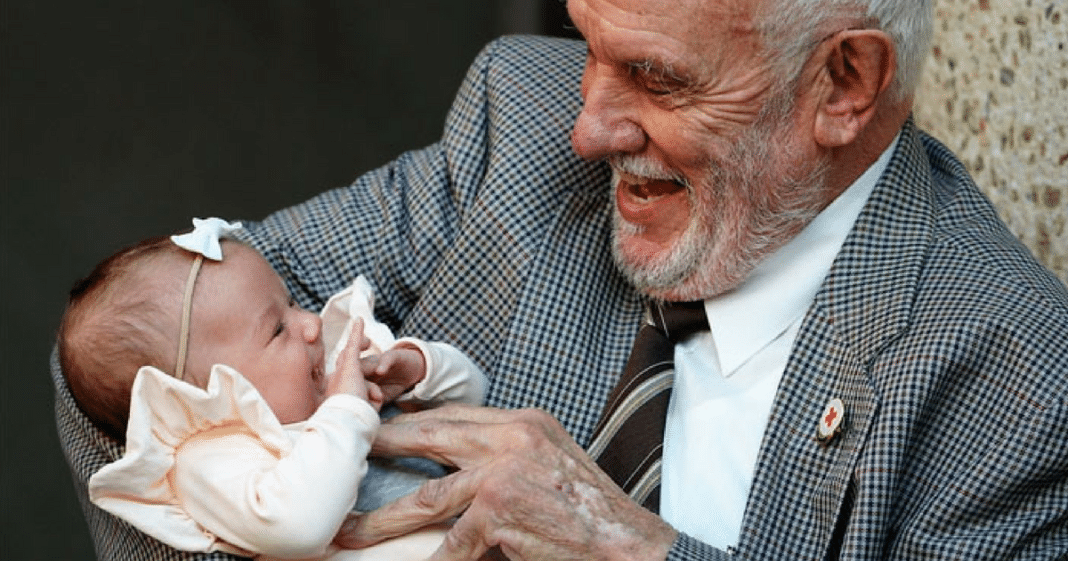 An 81-year-old’s lifelong career of saving babies’ lives has come to an end.

For six decades, James Harrison of Australia has donated blood more than 1,100 times. According to the Australian Red Cross, he even earned himself the nickname “the man with the golden arm.”

What makes Harrison’s story so unique is that his blood has a special antibody in it that protects unborn babies from the deadly disease Rhesus D Haemolytic. This condition causes the blood of pregnant women to attack their babies’ blood cells, causing brain damage, heart failure or death.

Thankfully, a medication called Anti-D which uses the plasma from donors like Harrison was developed for at-risk mothers. “Every ampule of Anti-D ever made in Australia has James in it,” Robyn Harlow, who recruited Harrison, told the Sydney Morning Herald. “It’s an enormous thing… He has saved millions of babies. I cry just thinking about it.”

However, Harrison is no stranger to needing donated blood. At 14, he had to have major chest surgery and required 13 units of blood. Knowing how important it was for him to receive this gift, he decided to begin donating his own blood as soon as he turned 18.

Ten years later, doctors discovered Harrison’s blood was rare and asked if he could donate his plasma. “They asked me to be a guinea pig, and I’ve been donating ever since,” Harrison said.

Sixty years later, Harrison reached the age limit for blood donors in Australia and so it was time for him to retire his “golden arm.” He gave his final donation on May 11. “It’s a sad day for me,” Harrison said. “The end of a long run.” 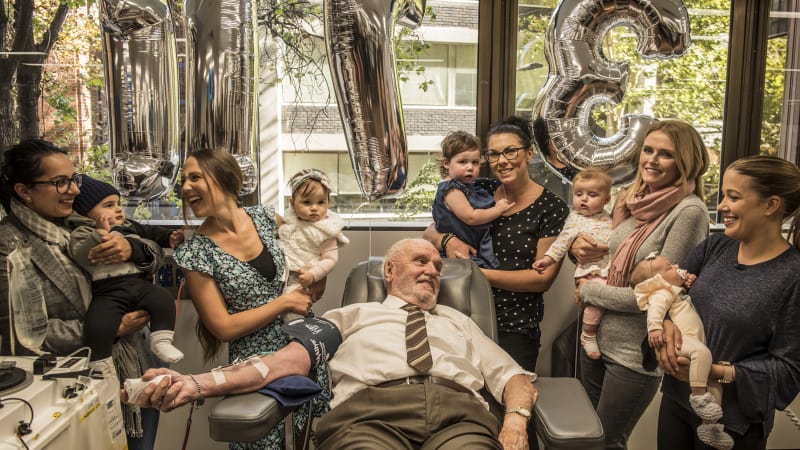 “I hope it’s a record that somebody breaks because it will mean they are dedicated to the cause,” Harrison told the Red Cross.

Although, if Harrison could have it his way he would keep donating. “I’d keep on going,” he said, “if they’d let me.”

“Australia owes a big thank you to James Harrison, Australia became the first country in the world to be self-sufficient in the supply of Anti-D, and cases of HDN are rare,” spokesperson Jemma Falkenmire said. “We encourage the partners and friends of all new mothers to think about donating blood, just one donation helps ensure someone has the chance to be a mother.”

This man's blood has saved the lives of two million babies

Known as "the man with the golden arm," James Harrison has donated blood plasma from his right arm nearly every week for the past 60 years, saving the lives of more than 2 million babies. Sanjay Gupta spoke with him in 2015 https://cnn.it/2jQ8v15