8-Yr-Old Dog Goes Missing From Home, 4 Yrs Later Family Gets Call That Leaves Them In Disbelief 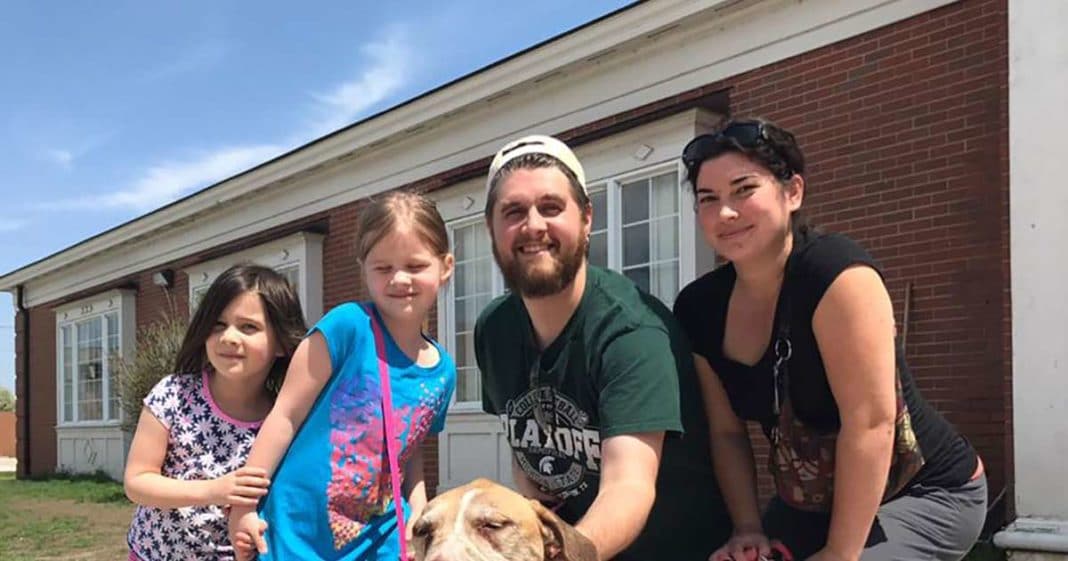 A Michigan family thought someone was playing a joke on them after receiving some unexpected news. Thankfully, it turned out to be more than a pleasant surprise.

It was just another typical day in the Weiferich household when they received a call that would change their lives. The family of four from Lansing, MI, listened in disbelief as the person calling from Lucas County Canine Care & Control tried to explain. Their dog Bambi, who they hadn’t seen in 4 years after she had escaped from her backyard, was alive and well. Bradley Weiferich told the local Toledo paper The Blade that he “actually thought it was a prank call.”

Even more surprising was where Bambi was found, in Toledo, Ohio, which is over 100 miles away from her home in Lansing. However, the long-awaited reunion would not have been possible if it weren’t for the canine’s microchip. “She was very thin but very sweet,” said Laura Simmons-Wark, community outreach coordinator, of the dog’s condition. 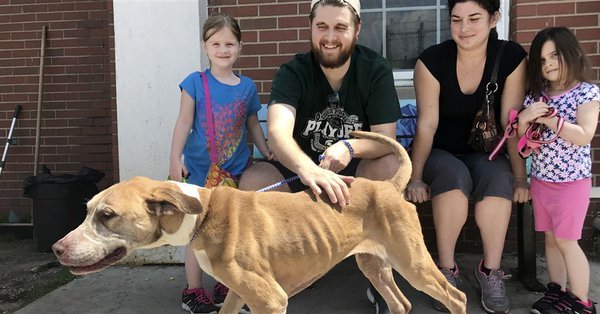 Unfortunately, the microchip doesn’t tell the family much about Bambi’s whereabouts during those four years. Nevertheless, the Weiferich’s are thrilled to pieces that their now 12-year old canine is back in their loving arms.

Bradley told The Blade that Bambi had joined their family as a 7 to 8 month-old pup. Sadly, around the time she was 8-years old, their other dog died of cancer. Even though they got another dog to keep her company, Bambi began running away and about six months later escaped for the final time.

The Weiferichs searched all over for their canine companion but after a period of time had to resign their efforts. They didn’t want to assume the worst, so they hoped that Bambi had been taken in by a caring stranger. Naturally, life went on and their kids grew older. They never expected to hear that their “girl” had made it after all this time.

When he first walked into the shelter, Bambi’s appearance had changed so much that Bradley didn’t recognize her. But it wasn’t long before she let out her signature howl, letting her owner know that she hadn’t forgotten him. “She was ready to come home,” he said.

According to Bradley, Bambi is back home and settling in “better than expected.” Although not everyone is this fortunate.

And if today couldn't get any more amazing……we leave you with this great story. Over 4 years ago sweet Bambi went…

Posted by Lucas County Canine Care & Control on Saturday, May 5, 2018

The shelter wants to emphasize the importance of microchipping your dogs in addition to keeping their profile up to date with the most current information. “It’s also a great reminder that if you find a stray dog that they get scanned for a microchip, because they may have a family out there who’s missing them like crazy!” the shelter added.