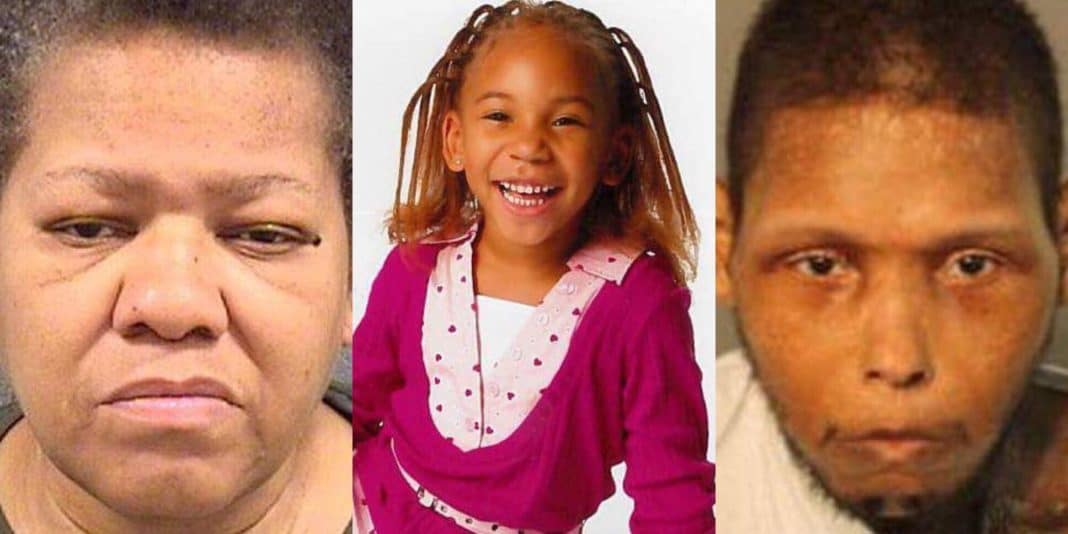 It enrages and infuriates me in a way I can’t describe when I learn that the childcare system in our country fails yet another child. It’s unacceptable when the abuse, neglect, and death of little ones go unchecked and unnoticed or unreported.

I can’t stress this enough: If you think a child is being abused or neglected, report it. Hopefully, you’re wrong, but what if you aren’t? What if something tragic happens to that child as it did to this little 8-year-old girl from Chicago? Could you live with yourself if you didn’t alert the proper authorities?

Grandmother, Helen Ford was convicted last year of the first-degree murder of her very own granddaughter, Gizzell Ford, or “Gizzy,” as she was called. The atrocious crime, where the 275-pound woman starved, beat and strangled her 70-pound granddaughter took place in the summer of 2013. Gizzy’s rainbow-striped journal recorded the despair and abuse she suffered at the hands of a woman who was supposed to love and care for her.

The contents of its pages were used to convict Helen Ford of this crime the judge called “exceptionally brutal.” Ford has a 10th-grade education and no prior history of mental problems. She was sentenced to natural life for killing Gizzy.

The journal catalogs how the straight-A third-grade student would be forced to squat in place for half a day then stand for hours. As a form of punishment, dear Gizzy was forced to stand with a sock or rag in her mouth. Prosecutors showed cell phone footage where her father and grandmother would berate her.

She suffered kidney failure because she was denied water and food. Gizzy reportedly was punished for trying to sneak a drink of toilet water. She was tied to her bedridden father’s bed poll for days and neglected and starved. A maggot-filled wound found on the back of her head resulted from her rubbing her head against the bed poll while she was restrained there.

Excerpts from Gizzy’s diary were made public at her grandmother’s trial. The little girl’s mood became much darker in the summer of 2013 as the abuse worsened.

The tortured little girl wrote: “I hate this life because now I’m in super big trouble.” she wrote on July 11, two days before her strangled, badly beaten body was found clad only in a pair of torn green underwear in the family’s  apartment.

At Ford’s sentencing, the judge said: “This murder was torture. That child suffered a slow and agonizing death,” Judge Evelyn Clay said in March while delivering her guilty verdict.

“That little body looked like it had been pulverized from head to toe. … Her treatment (of Gizzell) was evil.”

Gizzy’s father faced charges; he died of a heart attack in 2014 in the Cook County jail before he could go to trial. According to court records, after her conviction, Ford attempted to portray her family as normal. She lived with her children and grandchildren; she wanted the world to believe she was a model grandparent, helping get her grandchildren ready for school, helping with homework, and cooking and cleaning their 2-bedroom apartment in Chicago’s South Austin neighborhood on the West side of the city. She cared for her bed-ridden son and would sometimes take her grandchildren to visit him at the hospital after school. And according to Ford, she had a good relationship with her adult children.

The prosecution’s account was starkly different than Ford’s. Gizzy was tied to her father’s bed from the time school ended in June until her death a little over a month later. A Chicago police forensic investigator who had been on the job for over 30 years wept as she recounted the severity of Gizzy’s face wounds at trial. It’s rare for a seasoned professional to react with such emotion while testifying.

Why wasn’t this horrific treatment of this dear little girl stopped? There were plenty of opportunities for someone to intervene. An investigator for the Illinois Department of Children and Family Services visited the home a  month before Gizzy’s murder. A child-abuse doctor found a suspicious wound when he examined her, but he didn’t report it. Why? He could’ve saved her life.

I hate to wonder how many children are suffering torture and abuse in silence. It’s sadly too late for Gizzy, but not for others. We can put an end to child abuse if we only open our eyes and ears. That child-abuse doctor should’ve made a report. Neighbors should’ve stepped in and called the police. What about Gizzy’s other family? The others living in that small apartment had to of known of the abuse she experienced. Why didn’t they speak out?

There’s no excuse for allowing a child to continue suffering abuse. They can’t defend themselves. It’s up to the adults to speak up for them. To show no fear when confronting this despicable crime.